HanoiMs. Thanh heard that there would be a train running from her house to her workplace when she got married. Until now, when she has three children, she has only experienced.

“It’s not worth the wait. The train is clean and cool, so going to work is like going sightseeing,” she said.

Like Ms. Thanh, after the first day of experiencing the sky train ride, Nguyen Mai Anh, 23, seemed to be “lost in a Korean and Japanese movie”. Having worked part-time at shops in the city center, the girl from near Yen Nghia station took more than two hours to travel, for a four-hour shift.

Dr. Phan Le Binh, majoring in Traffic Planning at the University of Tokyo, Japan, said that urban railways like Cat Linh – Ha Dong are the backbone of densely populated urban areas. The elevated railway has its own line, with a capacity of up to 800-1,000 passengers, helping to solve travel needs, reduce road load, and avoid congestion.

“All major cities in the world are looking for ways to build urban railways. However, to complete it, it takes time and costs a lot,” said Mr. Phan Le Binh.

To have the above “dreamlike” experiences, the Cat Linh – Ha Dong project has spent 10 years “struggling”, in terms of time, effort, money and human life.

The project has a total initial investment of 552, pushed to 868 million USD, of which Chinese loan increased from 419 to 669 million USD, domestic counterpart capital increased from 133 to 199 million USD. During the session of the National Assembly discussing the socio-economic development situation in 2020, Mr. Thuan Huu, then Chairman of the Vietnam Journalists Association, a delegate to the Hai Phong City National Assembly called projects like Cat Linh – Ha Dong is the “most painful” project. “Every day we lose a Camry because of projects like Cat Linh – Ha Dong,” he said.

In 2008, the project was approved, it was only started in October 2011, and the completion date is expected to be delayed to 2015 but it has not been put into operation until now.

Female banker Nguyen Thi Thanh called this a “historic train”, when 13 years from the policy, 11 years from the time of the project and 10 years of construction, there is only 13.1 km of the first urban railway. come into operation.

When this project was approved, Thanh was pregnant with her first child. Until now, when she gave birth to her third child, she could fulfill her dream of going to work by train. Over the past 10 years, Ms. Thanh has spent more than an hour traveling 17 km from her house near Van Quan station (Ha Dong) to her workplace in Ngoc Ha street (Ba Dinh district).

Not only time consuming, the great urban railway construction site has also turned Ha Dong – Nguyen Trai into one of the most congested routes in the capital, potentially unsafe.

Thanh did not dare to put on makeup or wear a uniform before coming to work. After more than an hour of traveling on a congested route, she arrived at the office with sweat on her shirt and dust on both cheeks. Thanh often tries to arrive 15 minutes before work to put on makeup and change. She used to plan to move house to shorten time on the road and reduce stress. But the economic condition of the couple with three children does not allow them to move closer to the city center.

10 years ago, Mr Nguyen Ngoc Minh (in Cau Giay) bought a house one kilometer away from Hoang Cau station (Dong Da district) and a piece of land near Ha Dong station. When he learned that there was a tram line connecting his two plots of land, he planned to build a garden house for his son under Ha Dong, so that the children would have a place to play. It is also convenient for elderly people to visit by train.

But Mr. Minh was disillusioned when every time he went from home to Ha Dong to visit the land, he had to dry himself on the always-congested road. While living in Hoang Cau, sometimes walking under the station, neighbors warned him to “smartly fall on the head”.

The man knew the warning was not unfounded. On November 6, 2014, at the section of Nguyen Trai street, steel fell due to a broken cable, killing one pedestrian and injuring two others. More than a month later, at Ha Dong bus station, during construction of the H7 helmet beam, the floor system, the scaffolding and the concrete of the helmet beam collapsed onto the road, crushing the taxi, four people fortunately escaped death.

Earlier this year, Mr. Minh sold a house in Hoang Cau and a piece of land in Ha Dong and bought two apartments in Cau Giay. “If only I had waited a little longer, I would have had a garden, an open space for my children and grandchildren to play,” he regrets.

With Thanh, now she doesn’t have to suffer from traffic jams, covered with dust anymore, although it still takes the same amount of time to go to work. Because this is the first tram line, connecting to other types of public transport such as buses is not convenient, Ms. Thanh walks five minutes to the station, takes the train to Cat Linh station, more than 10km. After that, she got on a motorbike and sent it to an acquaintance’s house near the station and ran to Ngoc Ha street.

Not having the opportunity to take the Cat Linh – Ha Dong tram often, Mr. Minh hopes that many other tram lines will be deployed, bringing more convenience to many people, including his family. The truth about growing snakes "Horn" scared many people in Vietnam 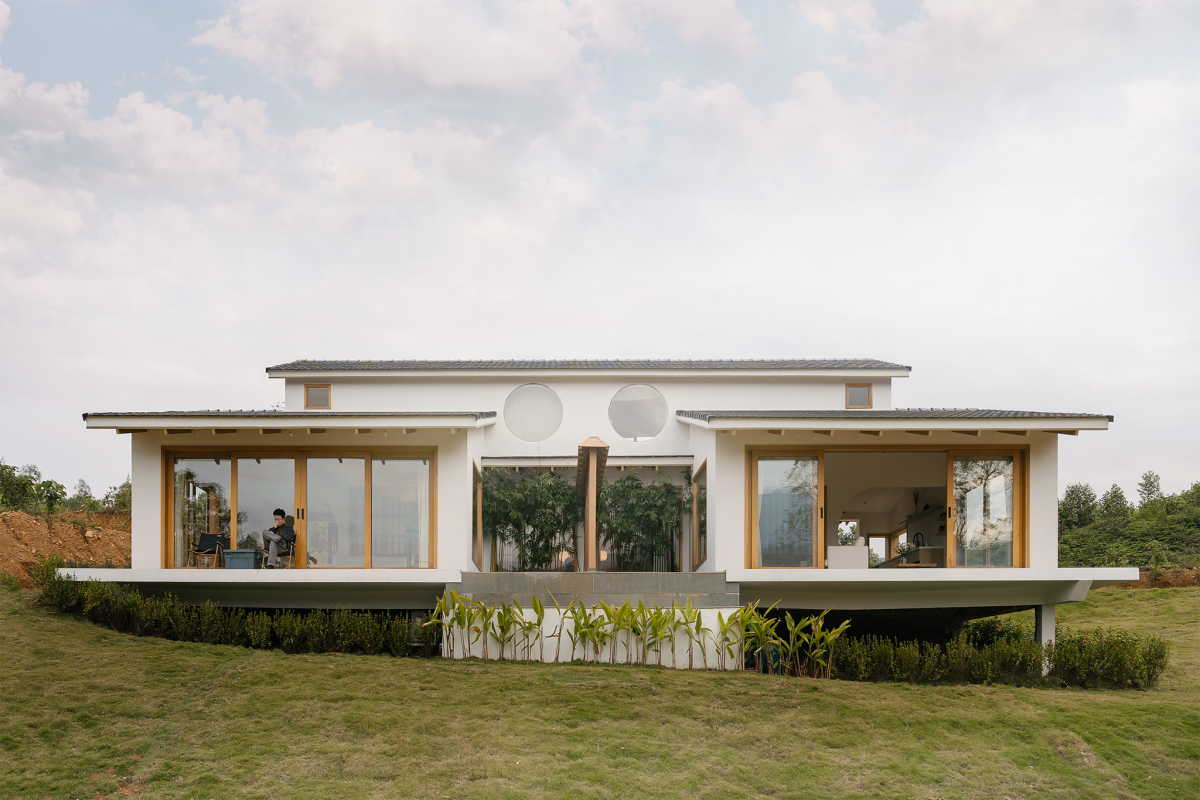