Ha Anh, a 35-year-old female translator who once posted on the dating section, accepted people 5-10 years younger to find “a life partner without sex”, but now she has given up.

Being asexual, Anh has experienced two love affairs. The first love lasted nearly four years in college in the long-distance love scene. Anh’s heart fluttered when she was with her boyfriend, she longed for gentle hugs and kisses. But only that, nothing more.

“When he wanted to touch me deeper, I stopped and pushed hard,” she said, adding that “it just felt awful.” Later, when she fell in love with another person, Anh still had the same reaction.

Both her lover and friends advised Anh to go to the doctor. “My lover also has a condition: If you don’t go to the doctor, we should reconsider the relationship.’ But I feel like I’m a normal person, just hate sex,” she shared.

When studying abroad 6 years ago, Anh thought she had found her other half. The joy is doubled when she knows, he doesn’t like “that part”. “But it turned out that he couldn’t do it, while I was the complete opposite,” Anh said. Since then, they have maintained a friendship.

Most people believe that marrying someone of the same asexual spectrum will lead to a happy and sustainable married life. In contrast, marrying a sexual person is difficult for the other person to change. Asexual people themselves also feel guilty when they see their partners have to sacrifice and be patient to keep the marriage.

The hidden corner of the asexual

“However, asexual people find it difficult to find out or marry someone with the same sexual orientation as them, because the asexual community in Vietnam is still less visible,” said Cat Hat Tuan, one of administrators of Asexual in Vietnam, The group has 21,000 sharing members.

From March, the group opened a column “Heart of color” to unite the asexual community and charm. A lot of people are happy to find their community, but finding a partner is very difficult. “So far, there are some members who love each other, and marriage has not been recorded,” Tuan said.

Thinking that love is caused by predestined conditions, but you also have to take the initiative, Ha Anh joined the asexual community 7 years ago and has met a few people in real life. She also sent her wish to find a life partner on the Dating section of the newspaper VnExpress to find someone “pure love, no need for sex”. Even Anh has no age limit, 5-10 years younger also accepts. That time, there were a few people texting to get acquainted, but she still couldn’t find anyone. “Now I don’t dream anymore, I’m determined to be alone,” Anh said.

Dang Khoa, a 29-year-old IT engineer in Hanoi with a dashing appearance, has experienced two loves, just stopped at hugging and kissing. There were even times when his girlfriend took the initiative to have sex, but he refused.

Like many people in the community, Khoa wishes to have a husband and wife who rely on each other and take care of their IVF children. The guy actively participates in groups of the asexual community, and at the same time publicizes himself on some dating apps to find people of the same “frequency”. “I know it’s very difficult to find a girlfriend that I like, who is also asexual like me, but I won’t give up,” Khoa said.

For asexual people, sexual pressure is the most difficult problem when in love because they have no or little sexual attraction. The idea that “love goes hand in hand with sex” or “sex is a need that everyone must have” invisiblely creates barriers for asexual people to move forward and maintain a lasting romantic relationship.

Because of family pressure, some people were forced to get married and they met tragedy. Mai, 35 years old in Quang Ninh, married a husband with high needs. “He doesn’t care about my feelings. Sometimes he insists and forces me even though I don’t want to,” Mai shared.

The three-year marriage broke up when Mai was 26 years old. Because she hates the bed, Mai is determined to stay there and raise her children. Men won’t be in her world and sex – an important need for most people – is not allowed to appear again.

But two years ago, she was once again touched by the sincerity of a man who also broke up his marriage. The two are business partners. When he confessed, Mai also made it clear that he was a person who did not want sex. “It was surprising when he said he wanted to stick with me, rely on old age, love me for the person, not for the story,” she said.

Currently, Ms. Mai has a happy home and is about to welcome a new member. She revealed that in order to have children, she agreed to live as husband and wife. She feels lucky that her husband fully understands and respects her.

Also because of family pressure, Bich Thuy’s parents in Binh Thanh District, Ho Chi Minh City had to get married 25 years ago. But it turned out that the marriage was complete for both of them, because they were both asexual.

The 24-year-old girl shared: “My parents never locked the bedroom door. I also never saw a condom in the house or once when my parents looked at each other lovingly.”

Father Thuy told his children that he did not have any female role models, nor had he ever liked anyone. At the age of 39, his grandmother forced him to marry Thuy’s mother, then 29 years old. And Thuy’s mother confided that she hated sex, but had to sleep together when she gave birth to Thuy and her sister. “My parents said they never kissed,” Thuy added.

Although there is no “sex”, the marriage of Thuy’s parents is as happy as two close friends. They pluck each other’s gray hair, cook together, clean the house, and teach their children together. Thuy and her sisters grew up in the love of their parents and the peace of a family of civil servants.

Bich Thuy is also an asexual person, ie not sexually attractive and not romantically attracted to any gender. Even so, she still hopes to find her other half, a female asexual rather than a male asexual.

“It will be a family of two close friends, living happily and relying on each other like the family model that exists in some Western countries,” the girl shared.

* Names of some characters have been changed

Pierre Cardin men’s watch up to half price

Headache hunting for discounts on 11/11 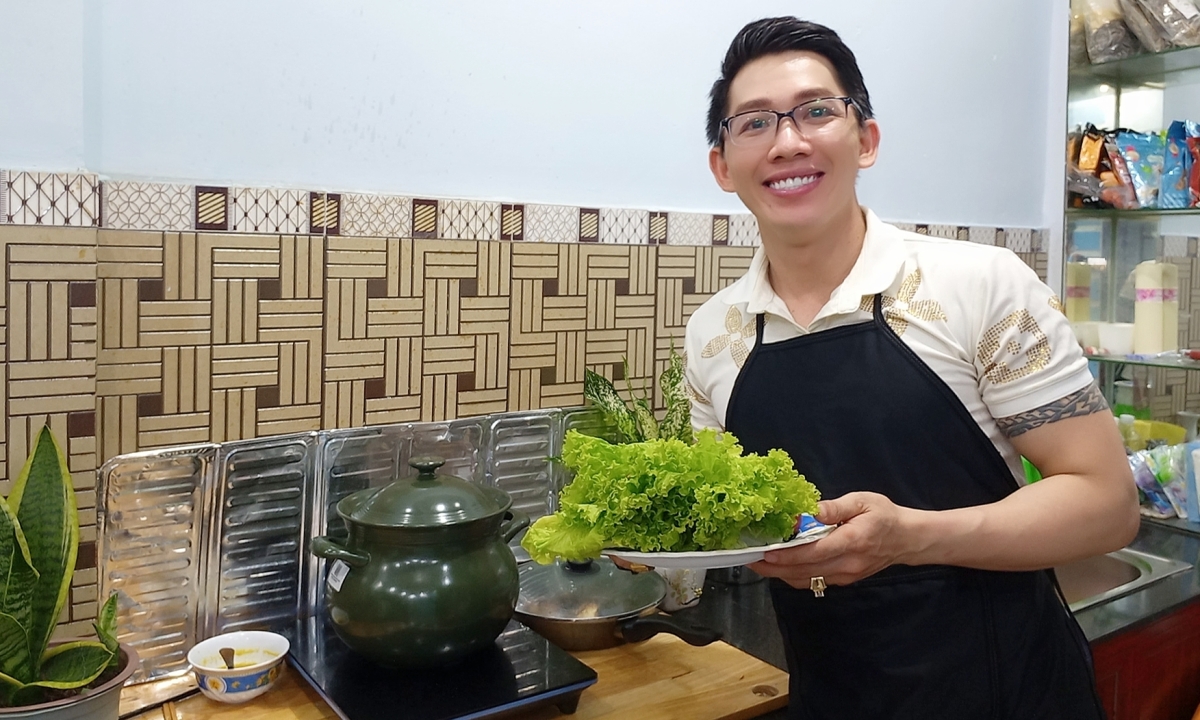