Chinese media scoffed at the US$1.2 trillion infrastructure law as an “indecent imitation” of the country’s achievements.

“This act cannot solve all of America’s problems or help it compete with China in the field of large-scale infrastructure projects,” said the Global Times, a newspaper of the People’s Daily, the agency. The mouthpiece of the Communist Party of China, on November 7 published a commentary on the US infrastructure law.

The bill would authorize the US government to spend $550 billion on roads, bridges, broadband internet, clean water, electric charging stations and other climate change measures. The White House estimates the bill could create about 2 million more jobs each year.

Global Times said that no matter how much investment, the US infrastructure cannot be compared with China. “The US will never be able to build a dense rail network like China’s, and its high-speed system also lags behind China’s,” the article reads.

According to the newspaper, China’s infrastructure system has the advantage of being driven by the government, while the US relies largely on the private sector. “If the US imitates China, it will most likely only create a chaotic, incomplete plan that is not suitable for the conditions and needs of the US market,” the Global Times said.

The paper also said that this law “is no different from a fairy tale, when the US only relies on an economic stimulus bill to restore the competitiveness of the economy”.

“Some American politicians arrogantly believe that the country needs to lead the world in everything for fear that China will overtake them. They are lost in their pride and arrogance,” the Global Times wrote.

The White House has not yet commented on the Global Times post.

New theory about the first Covid-19 case in Wuhan 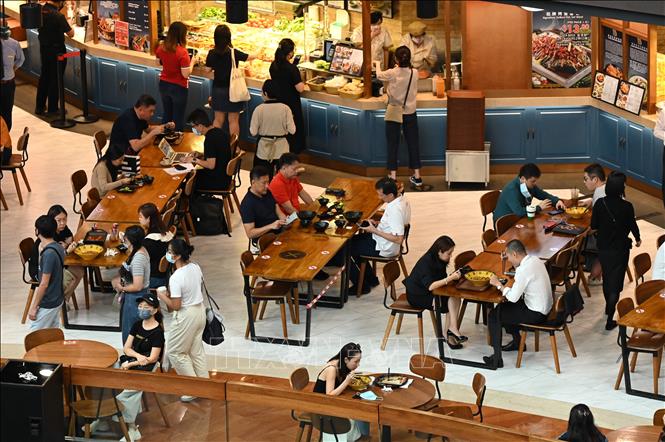 Xi: ‘US and China suffer losses in confrontation’