My husband and I have been in love for nearly 10 years, experienced many ups and downs, considered getting married many times, but always had problems.

We have been together since college, often quarreling over trifles, but both still understand each other’s position in our hearts and always want to give good things to the other half. The first six years passed, in my eyes, he was a very good man for me to choose as my husband. I am proud that he will bring peace and spiritual support for me by his side.

My husband and I decided to get married after six years of love but couldn’t get married, the reason was that every time we discussed marriage, there were conflicts and different views on life after marriage. Our youth are eager to win, neither of us is mature enough to understand the other’s intentions, to choose the best way to behave towards each other. So me and him stopped, he got to know another female friend right after that.

After a few months of getting to know the other friend, we were still in love, so we came back, my mistake probably started here. When I broke up, I was not strong enough to be decisive with this relationship. When he had one more choice but in the end still had me by his side to love and wait, he gradually took this love lightly. My crisis started from the day I accepted to return, love him again.

From time to time, I discovered that he was texting and contacting that female friend. I made a fuss, promised to be decisive and then went back to it. The affection he did not have with them, but because of his greed, he did not forget to take advantage of the opportunity. There are even more bad qualities that I have never seen in him in the past, not only did he listen to that friend alone, but he also asked other girls to go to coffee, get acquainted through the app. I also caught him going to an unhealthy massage, feeling that he had arranged an overnight call girl. He lied to me so often that he would lie to do instinctive things when given the chance or when we didn’t see each other.

I clearly feel that he is no longer the person I loved before, nor worthy of my trust anymore. Every time he caused a problem, I protested and then gave him a chance to change, hoping that some crisis would make him change unexpectedly, and return to the old man. As a result, I was disappointed again. For nearly three years now, I have lived in trauma and insecurity. You have really changed, promiscuous, lying to god. When I calmed down, I decided to let go.

The thing that makes me most awkward right now is his family, people often contact and ask me to come over. The point of view of adults is that whether we stop or not, my friendship with your family will not be severed. I also love everyone, I don’t want their work to affect the adults. However, when I still keep in touch with his family, I will see the image of the person I don’t want to see again and it’s easy to get entangled with that bad person again. What should I do for the best for myself and to be with my ex’s family?

Should I pay my brother’s debt?

Husband ‘pays off the cake’ and considers it normal 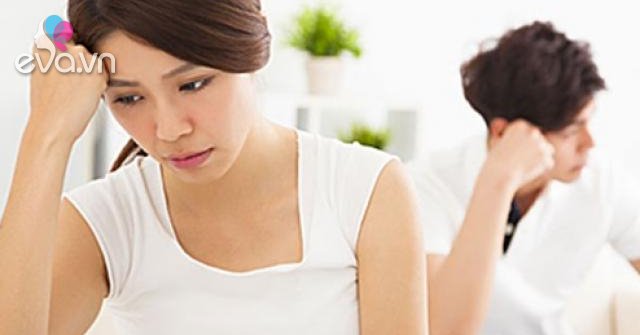 Every day I see my wife taking a shower at the company, then I come back, I follow up and quickly get a divorce