I am 33 years old, married for 10 years; 39 years old husband, two children. You and I went through many ups and downs before we got together.

My mother-in-law doesn’t like my family. My house trades normally, his mother has targeted a more conditional one. The day we met, at that time my life was quite young, only 20 years old, had not experienced life, thought that loving husband and wife was enough.

He works in a state agency, I work in the tourism industry, in the process of researching I discovered that he had not graduated from university, because he did not reserve the results, so the school canceled the transcript. In the past, he knew a girl, but his mother forbade him, so he was bored and dropped out of school. When his mother learned that we knew each other, she protested because of the same hometown, and everywhere she went, she spoke ill of my family. My parents loved their daughter, so they endured it, not against the love affair. At that time, I had many boys with more conditions than he pursued, because of love, I still accepted to know him and encouraged him to study again. His mother, after learning that her son had not graduated from college, gradually accepted our love story.

When I was 22 years old, I got married. During my pregnancy, I went to the doctor myself, never asked my husband to take me away, I didn’t want to be bothered because he worked in my home province, and I worked in the city. I saved money before I got married, then got married and borrowed more money to buy land in the countryside. In addition, I also take care of money for him to go to school and have children. The agency discovered that he had not graduated from university, but because he did well, he was still provided with working conditions and basic salary support. The process of raising children is very difficult, but I always try my best. She is growing up, my job is okay, I earn extra income outside of salary. My husband also buys me a can of milk every month. My mother-in-law could never give up the habit of snooping on me, then comparing with the neighbor’s daughter-in-law. Because I wanted to be at peace, I never said anything, considered deaf.

In 2016 I gave birth to my second child; Still like the first baby, I went to the doctor by myself and made my own money to give birth. At this time, my husband is studying at a graduate school, I have to take care of the tuition fee because with the salary of the civil servant he cannot afford to pay. This year, I use my savings to buy more land in the city. In the years 2017-2018, the land was hot, so I bought and sold it to earn a little, bought my parents a few items in the house, gave the children extra pocket money and money to study at the language center.

As for her mother-in-law, she is increasingly opposite. On the occasion of her husband’s purchase of land in the city, because she did not have enough money, she had to borrow from a bank. She intends to borrow the red book of my parents-in-law’s house. My husband found out and stopped her because she had land in her hometown, why didn’t she sell it but go to take care of her parents’ house? The mother-in-law cried and struggled, finally, her sister-in-law had to sell the land in the countryside. The broker asked to buy a plot of land (the sister’s land next to mine and my mother-in-law’s land) so I had to sell my land before they agreed to buy it. My mother-in-law did not discuss it with me, only told my husband that it was time to sell the land. My husband said again, I do not agree, selling is not enough financial to buy other land. Fortunately, I didn’t sell because after only three months, the land price doubled, my mother-in-law’s wealth was also “cool” to me. Not to mention, she went around telling the neighbors that I had a bad life, and my sisters couldn’t help it.

More than 10 years of being a bride, my mother-in-law still regrets the girl she aimed for my husband in the past. She told my daughter, I asked her if she knew her. I smiled and said nothing more. However, she often gave money to the children, taught them to lie or have any bad habits, so I could not keep quiet. Many times I gave her advice, then added that she wanted us to sell the land and buy a car for her to go, but I disagreed, so she seemed to hate me even more. She also snooped around the village, causing them to come to my house to scold the capital. I love my children because they have to listen to the harsh words that strangers say to their grandmother.

In recent years, due to the pandemic, I was unemployed, now I find another job with less income, but it is still enough to make a living. My husband is still the same, still satisfied with the official salary of 5 million VND. Many times I encourage him to do something more, I will invest capital, he is afraid of loss, so he shakes his head. I just went for a health check, the doctor said that I have a blood sugar disorder, I found out more online that this disease is very dangerous. Many nights I feel tired because of the burden of the family, everything in the house is in my hands. Outsiders look at me thinking that I owe my husband a lot, but I never tell my family story to others, just keep quiet. At night, I cried silently to my pillow, the next day I tried to be optimistic for my children.

To be fair, my husband is good-natured, loves his wife and children, doesn’t drink, if he can take on less family responsibilities for me, perhaps my life will be easier. I am a caretaker, money always has to be saved in case of illness. Is there ever a time when I’m like that so my husband relies on me? I confided to him many times to no avail. Now what should I do to reduce stress when I have to be the head of the family. My two children are young, 10-year-old and five-year-old, unfortunately I have something, how can my husband take care of them? Am I being too demanding of my husband or is my concern about him justified?

Will a marriage fall apart when only love is left on my side? 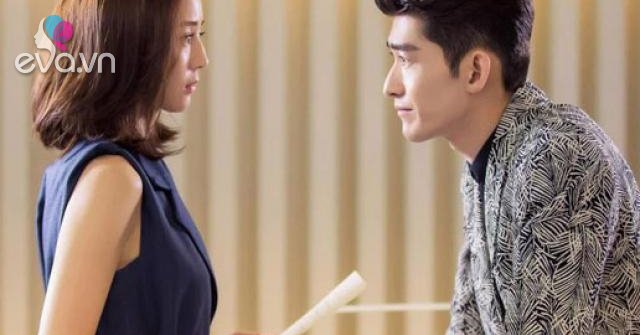 My wife’s best friend came to visit, when she left, she left something that broke my family

My sister-in-law makes me suffer a lot

Being with a 40-year-old boyfriend empty-handed