RussiaA Siberian town is testing a direct nuclear-powered heating system from a mini-plant on a barge.

While countries around the globe joined a summit in Scotland to find new solutions to mitigate the effects of climate change, Russia sees nuclear heating in the village of Pevek, Siberia, as a potential solution. . Countries like the US, China and France are also considering building similar small reactors.

Jacopo Buongiorno, professor of nuclear science and engineering at the Massachusetts Institute of Technology, says this is an interesting idea. Small reactors can warm greenhouse gases or provide heat for industrial purposes. According to him, Russia is taking the lead in a new approach.

Nuclear heating in a residential area is different from a nuclear powered electric water heater. Direct nuclear heating, which has been tested in small areas in Russia and Sweden, circulates water between power plants and homes, transferring heat directly from fissile uranium atoms to residential areas.

Heating homes with nuclear energy also has many environmental benefits. Essentially, this method avoids wasting heat that would normally escape as steam through a nuclear plant’s conical cooling tower. Instead, it is used for residential heating.

However, some experts are still concerned about the potential risks with many oil spills and accidents on Soviet and Russian submarines and icebreakers using similar small reactors. For example, nuclear submarines sank in 1989 and 2000.

Buongiorno said that the Siberian test could play an important role in convincing countries to use nuclear energy to limit climate change, not only in electricity production but also in many other areas.

Russia has a long history of civilian use of nuclear technology that has not been accepted elsewhere. The Soviet Union once considered detonating atomic bombs to mine open pits and dig irrigation canals. Regarding icebreakers, Russia operates the only civilian fleet of ships powered by nuclear power. At several sites during the Soviet era, engineers connected a reactor used to make plutonium for bombs to nearby houses for heating. Reactors continued to function that way for many years, even without the need to make weapons.

The nuclear facility in Pevek is on board the Akademik Lomonosov, a barge the size of a neighborhood. The idea of ​​a small reactor is not new. In the 1960s, this was considered promising technology. The United States operated a barge-based reactor to electrify the Panama Canal Zone from 1968 to 1976. Sweden also used nuclear heating on the outskirts of Stockholm from 1963 to 1974.

In Pevek, the town’s community sauna will soon also run on nuclear power. Russia’s nuclear company, Rosatom, hooked up reactors to heating pipes in a neighborhood in June 2020. Now, the company is expanding its hot water service to the entire town, which has a population of about 4,500. The two cores of the plant are cooled by a series of water rings. In each reactor, the first ring of water is contaminated with radioactive particles. But the water never left the factory. Through the heat exchanger, it transfers heat, but without accompanying contaminated water, to the other rings. At Pevek, one of these loops is a pipeline that leaves the factory, branching out and delivering hot water to households.

The company Rosatom emphasizes several safety features of the system. The mini nuclear plant can withstand the impact of a small plane. Water circulates through the buildings at a higher pressure than the cooling ring, helping to prevent radiation from leaking into the town. 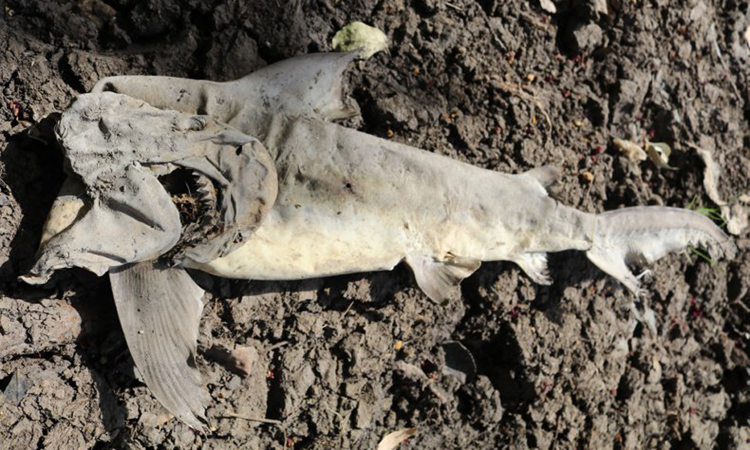 Endemic creatures in the ‘roof’ of Gia Lai province