16 years ago, when Mr. Thi started studying abroad in France, local people always talked about the war when it came to Vietnam.

“When I started working more than 10 years ago, when the French mentioned Vietnam, they immediately thought of a cheap processing place,” said Pham Truong Thi, a consultant at Geoconcept company based in the suburbs. Paris, share with VnExpress. “But now, Vietnam in the eyes of the French is an emerging country with many business opportunities.”

In an interview on November 4, French Ambassador to Hanoi Nicolas Warnery also said that Vietnam and France “share a very special history, associated with nearly a century of colonization and the war for national liberation.” “. “The two countries have drawn lessons from this historical period and made a special choice to build a solid relationship based on the deep bond between the two peoples,” he said.

“More and more large French corporations are interested in the Vietnamese market, setting up representative offices, opening distribution agents or building production plants,” Thi said. “On the contrary, Vietnamese products also appear more on the shelves of French supermarkets. French people are interested in Vietnam as an attractive tourist destination in Southeast Asia.”

France is currently Vietnam’s fifth largest European trading partner, with bilateral trade in the first seven months of this year reaching $2.81 billion. During his official visit to France on November 3-5, Prime Minister Pham Minh Chinh witnessed the two countries’ agencies and businesses sign a series of cooperation agreements in the fields of education, scientific research, satellites, and aviation. are not…

According to Thi, France is a long-standing developed country with the world’s top infrastructure, health care, education, science and technology. Therefore, living and working in France is a “great experience” for many Vietnamese like him.

Mr. Nguyen Thanh Tong, former vice president of the Association of Vietnamese in France, said that the increasingly close relationship between the two countries has been clearly demonstrated through the visit of Prime Minister Pham Minh Chinh and important cooperation agreements. .

“The Prime Minister said that the Vietnam-France relationship is like a ‘destiny’, there are ups and downs but they cannot leave each other and are built on a very solid foundation,” Mr. Tong shared about the Prime Minister’s meeting with overseas Vietnamese. Europe in France on November 4.

He assessed Prime Minister Pham Minh Chinh’s visit as “successful in all aspects”, as Vietnam and France have affirmed their determination to deepen bilateral ties, strengthen cooperation on climate change, culture, and climate change. chemistry, education, science and technology. The two countries also strengthened and enhanced cooperation in health, especially in the field of research on emerging diseases such as Covid-19.

Cooperation with France in combating climate change is considered by Mr. Tong to be very important for Vietnam, in the context that Prime Minister Pham Minh Chinh has made a strong commitment to bring net emissions to “zero”. in 2050 at the 26th Conference of the Parties to the United Nations Framework Convention on Climate Change (COP26) in Glasgow, Scotland. At the conference, Vietnam was also one of 23 countries that for the first time committed to step by step giving up coal power, not building or investing in new power plants.

He is optimistic that Vietnam will successfully make the effort to gradually give up coal power, because Vietnam has a long coastline, favorable for wind power production, while the climate is favorable for the implementation of projects. clean electric energy. However, he emphasized that Vietnam will need the support of major economies to realize this commitment.

Meanwhile, Mr. Thi expects more Vietnamese to travel to France for tourism and many Vietnamese businesses to invest in France in the future. This will help the two countries understand and support each other better, because France is one of the main gateways to help Vietnam come to Europe, and Vietnam is also a potential place for French investment in the East. South Asia,” he said. 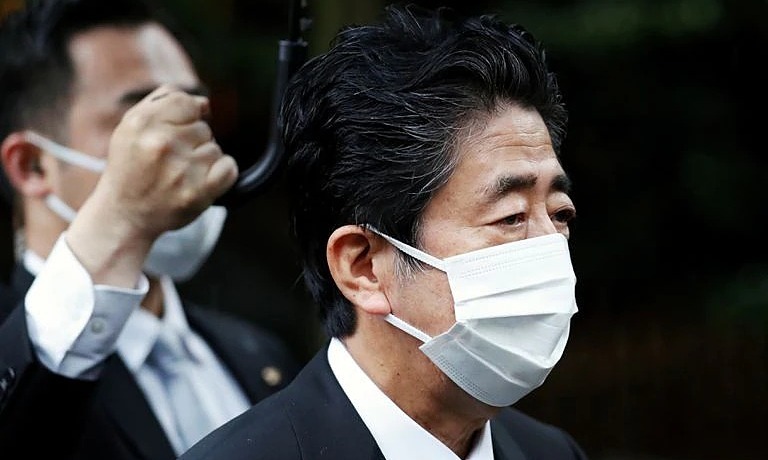 Abe: US, Japan will act if China attacks Taiwan

The most expensive mansion in the UK of a phone billionaire