AmericaWaiting for their children to play at the water park, two mothers casually chat about a case that shook their countryside 24 years ago and both recognize the suspect.

After eating a Thanksgiving lunch in 1989, 18-year-old college freshman Mandy Stavik left her home in Acme, Washington, for a jog with her German Shepherd dog Kyra. Two hours later, Kyra returned but Mandy was nowhere to be found.

After three days of searching, the girl’s body was found nude by detective Ron Peterson more than five kilometers from her home near the banks of the Nooksack River. Investigators believe Mandy was sexually assaulted, knocked unconscious and thrown into a river.

The last person to see Mandy was the pickup truck driver. Mandy ran right in front of him and was heading towards his house. Detective Kevin Bowhay determined that Mandy’s assailant must have driven after him, pressed his gun to the car, because Mandy was running so fast that it was difficult to catch up without the car.

Investigators believe the attacker kicked the dog into a ditch before catching Mandy. The scratches on Mandy’s arms and legs are believed to have been caused by her attempt to flee, but were caught and knocked unconscious.

A male DNA sample was found on the victim. Police searched the area, found 30 suspects, took saliva samples for DNA testing but did not give a match. The case is deadlocked.

In June 2013, the Mandy Stavik case suddenly took an important turn thanks to a conversation between two mothers while waiting for their children to play at the water park.

Heather Backstrom and Merrilee Anderson, both attending Mount Baker High School with Mandy Stavik but barely knowing each other at the time, chatted about their hometown of Acme and the topic suddenly turned to the shocking case of many years ago. Backstrom suddenly exclaimed, “I think I know who killed her.” Anderson was taken aback for a few seconds, then replied, “Me too.”

Two women tell each other about their unpleasant encounters with a man named Tim Bass in Acme.

Anderson said Tim is a friend of her husband, who is also a graduate of Mount Baker School. Tim stopped by her house one night in July 1991, two years after Mandy’s death. He said he had been hunting all day and needed to borrow a phone to call his wife. Anderson was at home with his newborn son at the time. Tim makes a phone call, but she hears the “beep, beep, beep” sound of the unconnected call. She suspects Tim did not dial the correct number and lied.

Then Tim walked through the kitchen and into Anderson’s bedroom. He says he loves her and wants to make love. At that time, Anderson was extremely scared because her husband was away. She repeatedly refused to be persuaded by him and threatened to call the police. In the end, Tim left.

Backstrom also said he was harassed by Tim just a few months before Stavik was murdered. Backstrom was 15 years old then, and Tim was 21 years old. After a baseball game, when they drove home together, Tim kept flirting, even rubbing her knee with a pen. From there, Backstrom tried to avoid contact with Tim.

Over the years, these two women thought that if Tim treated them this way, he might do the same to other girls, possibly Mandy Stavik. But they had no concrete evidence other than suspicions in their hearts and never reported Tim to the police.

After the conversation at the water park, Anderson realized it was time to speak up. She contacts a high school friend who is a detective from the Whatcom Sheriff’s Office to talk about suspicions surrounding Tim.

Tim Bass lives less than 3km from Mandy’s house, right on the street where she jogs. He and his father and brother were never asked for a DNA sample.

For the past 24 years, Tim has lived a quiet life, working as a delivery truck driver for a bakery. He got married at the age of 22, just six weeks after Mandy was murdered, and now has three children. When asked about Mandy, Tim did not remember and did not agree to provide a saliva sample to the police.

The police sent a team to monitor Tim around the clock, hoping he dropped an item with DNA on it, but no luck. The investigation continued to stall, until the police received help from Kim Wagner, the owner of the bakery where Tim worked.

It took three months of close monitoring before Kim picked up the plastic cup and Coke can that Tim had thrown away. She immediately hid it in a drawer and handed it over to the police.

On December 12, 2017, 28 years after Mandy’s death, police arrested Tim, 50, in the bakery’s parking lot. He was charged with kidnapping, rape and murder.

During the trial on May 24, 2019, Tim testified that he had a secret relationship with Mandy. Tim’s defense attorney said evidence of sex is not evidence of rape. Semen can stay in the body for two days before Mandy’s death, forensic expert Elizabeth Johnson said.

However, Tim’s ex-wife and younger brother both testified against him.

Gina Malone divorced Tim after his arrest. She said Tim was a misogynist, controlling and abusive. Malone witnessed Tim ask his mother to give false testimony, blaming his father, who had been dead for more than a decade, when the police arrived.

Tom Bass, Tim’s younger brother, said that during the investigation, Tim said he slept with Mandy many years ago, and asked Tom to tell the police that he also slept with her. According to Tom, Tim also asked his mother to lie that they were Christmas shopping to create a false alibi.

In the end, Tim was sentenced to 27 years in prison for kidnapping, rape and murder, although he pleaded not guilty. 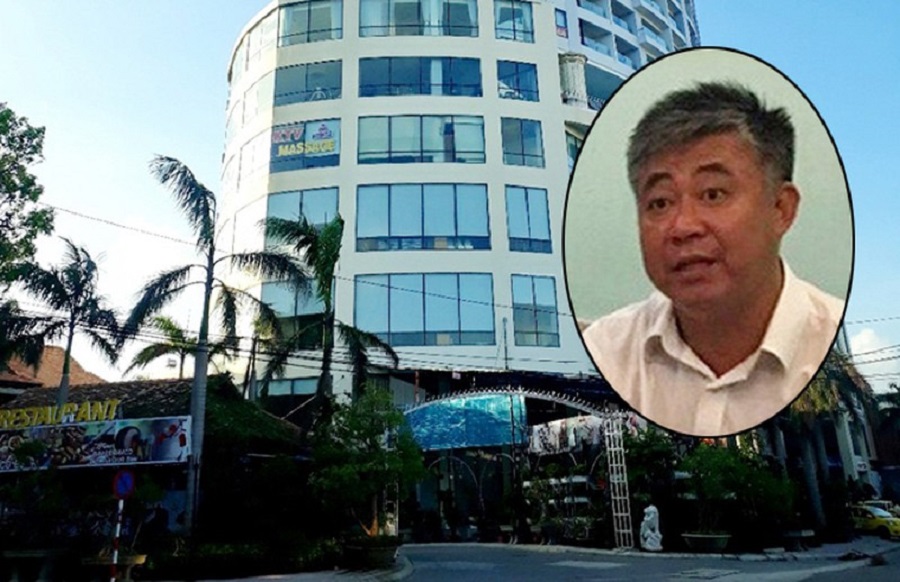 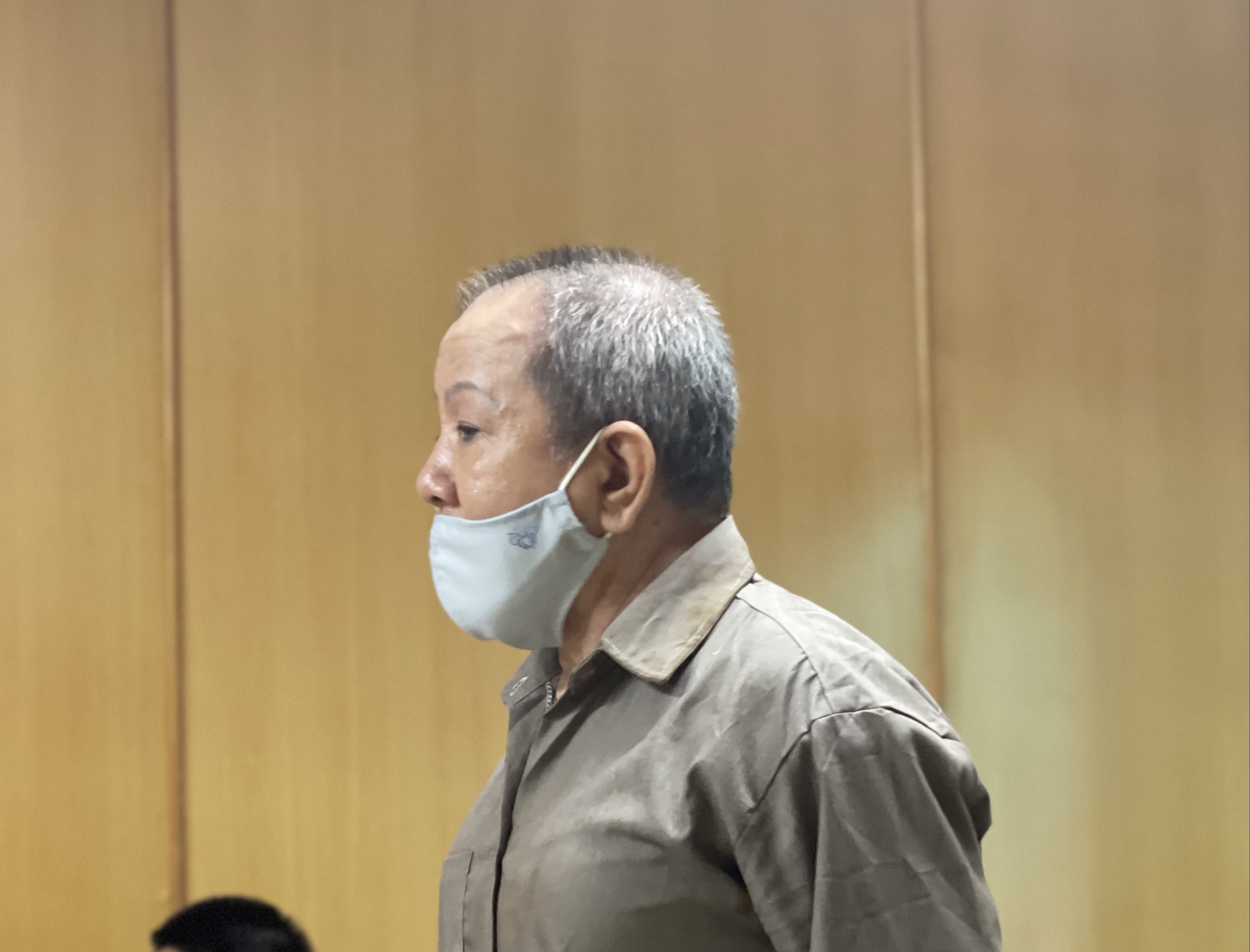 The 60-year-old man went to court crying and begging for 2.9 million 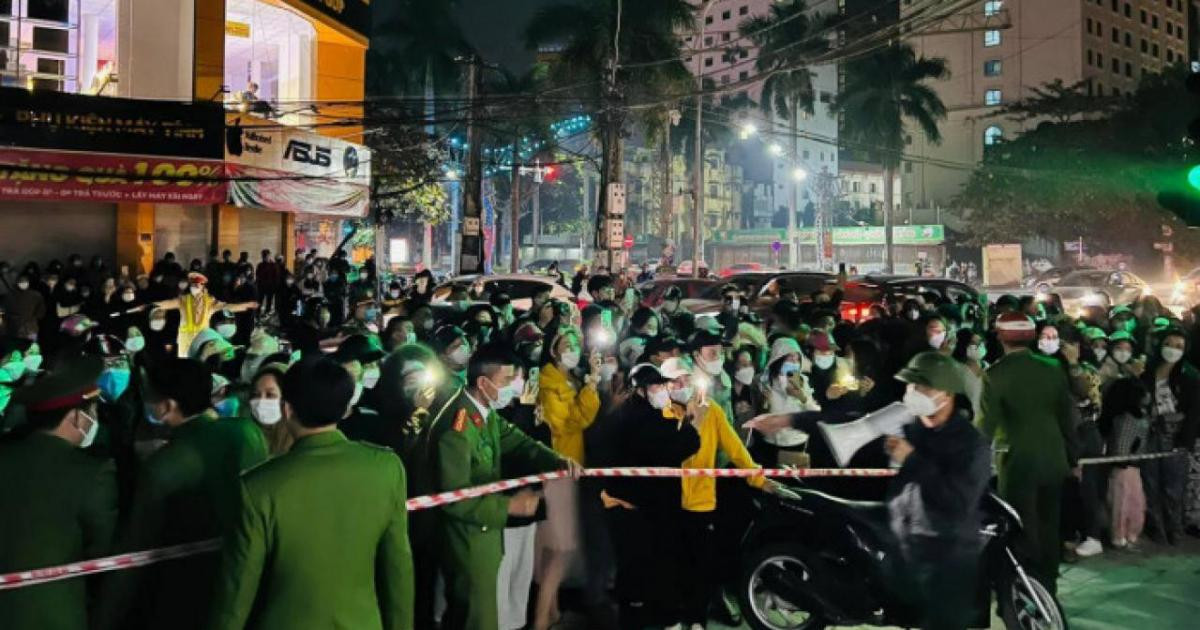 The case of the girl on her knees begging the owner of a clothing shop: Seizing a lot of goods