Legendary coach Arsene Wenger admitted for the first time that he should have left Arsenal earlier in 2018, and revealed that he had turned down Man Utd, Real and England.

In the documentary “Arsene Wenger: Invincible”, the French strategist told about the ups and downs and mixed emotions when he had to part with the club he had been with for more than 20 years.

“I have determined that I am fully committed to the club, that was my mistake,” former Wenger said. “My fatal mistake was falling in love with the place I was attached to. I regret that. I should have gone somewhere else.”

According to British newspaper Daily Mail, this is the first time Wenger has admitted his mistake, although in 22 years (from 1996 to 2018), he became the most successful manager in the club’s history, winning three Premier League titles, including an unbeaten season. 2003-2004, seven FA Cups and a 2006 Champions League final.

During his final years at the Emirates, Wenger was repeatedly criticized by fans for his poor performance. The “Gunners” often stopped in the 1/8 round of the Champions League, even two consecutive seasons did not reach the top 4 of the English Premier League. Part of the reason is that the club borrows money to build a new stadium, so they limit spending.

Wenger considers the departure of Vice Chairman David Dein from Arsenal in 2007 as the turning point of his career, and admits that he should leave immediately. “Sometimes I wonder, has anything broken after the unbeaten season?”, the French coach wondered. “The year 2007 was a pivotal moment. It was the first time I felt there were tensions within the board. I was torn between being loyal to the club or loyal to David Dein. To this day, I still feel confident. asked if I made the right decision to stay at Arsenal, because life is not the same after that.”

Also in this movie, former striker Dennis Bergkamp thinks that his old teacher has been in office for too long, and inadvertently made Arsenal’s leadership difficult to find a replacement. After Wenger left, Unai Emery, Freddie Ljungberg and Mikel Arteta respectively took over at Emirates Stadium but could not bring the club back to its original position. “Things would have been easier if he had made the decision earlier,” insisted Bergkamp, ​​who scored 111 goals in 408 games for Arsenal.

Wenger had many opportunities to leave, looking for new challenges, but he turned them down. Man Utd, Real and France are said to have been invited to work many times, but he refused to stay in North London. “I could coach France, or England two or three times,” Wenger revealed. “I could have gone to Real Madrid twice. I could have taken charge at Juventus, PSG, or even Man Utd.”

Wenger has not returned to the Emirates since leaving in 2018, which he admits is saddening himself. “Now I don’t have any particular reason to go there,” he added. “All the rest is purely emotional, and that’s less important. It’s the end of a life, like a funeral. The end of a love story is always sad.”

The documentary “Arsene Wenger: Invincible” is produced by Noah Media Group, the company behind the critically acclaimed Finding Jack Charlton documentary. The Wenger film will hit theaters on November 11, and be broadcast on the Amazon Prime Video platform in 2022.

After leaving Arsenal, Wenger took over as FIFA’s Director of Football Development from November 2019. He still occasionally plays charity football in France. Recently, he proposed to shorten the gap between the two World Cups from four to two years, and at the same time proposed to only two international competition holidays each year, in March and October. At that time, he said: “If you look at the teams that participated in the World Cup, you can see the average age is 27-28. The players have very little chance of winning the championship again because by the next period, they are 32-33 years old. Maybe we should have the World Cup every two years. Let’s get rid of the other tournaments and just hold the one that makes sense. People have to understand what’s at stake and the games that really matter. “.

However, Wenger’s plan faced strong opposition from many players, fans and other football bodies such as UEFA – which is spawning more and more leagues to take advantage of. 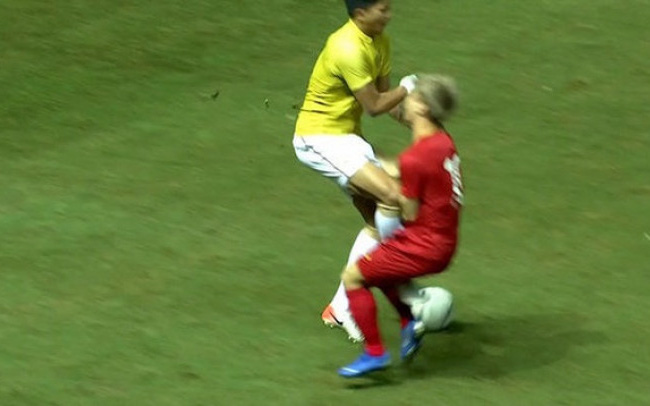 Bayern lost to the team in the Bundesliga danger zone

Ronaldo is grateful to Solskjaer