Since 2007, the Stanford University team has been investigating how a person’s choice of an avatar online affects their behaviour.

The results show that the selected avatar avatar not only resembles the user’s appearance, but also shows their behavioral characteristics like in real life. For example, someone who chooses a lab coat-clad avatar is often a real-world creator.

According to research, in virtual interaction, avatar can influence people’s perception, attitude and behavior consciously or unconsciously. These are called the Proteus effect.

For many years, this research received little attention. However, the Proteus effect is becoming more talked about with the advent of the metaverse – the idea of ​​​​a virtual world that allows users to “teleport” to a specific location to play, study, work or play. even buy, sell, exchange goods.

Last week, Mark Zuckerberg outlined his new vision for the metaverse and confirmed his company Meta will spend billions of dollars building the virtual universe.

Zuckerberg’s metaverse has mixed expectations and skepticism. The question is what Facebook can do when they start out as a social media network but lack the hardware platform, or the technical challenges when building a virtual universe in the future.

Other experts suggest that Facebook envisioned a metaverse for years. They are ready to rearrange the way humans interact with the world in the most dramatic way. “A complete metaverse greatly enhances existing engagement trends and opens up new opportunities. Of course, it also creates a whole new set of problems,” he said. Washington Post comment.

Rabindra Ratan, an associate professor at the University of Michigan who has studied virtual connectivity at scale, agrees. “When it comes to virtual universes, the title should be Who will be hated. The reality is that there are all sorts of reasons to be optimistic about the virtual universe, but bad things will also happen,” Ratan said.

According to experts, despite the problems, the metaverse is really an area of ​​great potential that cannot be ignored. The idea of ​​people making friends, making money, meeting their partners while staring at glasses in the bedroom seemed unthinkable 35 years ago. But 35 years from now, this may be more common than ever.

“Metaverse helps people share more and more about life, labor, entertainment, spending, wealth, happiness and relationships in the virtual world, instead of just being extended or supported through digital devices and software,” says Matthew Ball, a metaverse expert and former book publisher on the subject.

With Ratan, the metaverse will bring a whole new set of capabilities that current telework apps simply can’t do. For example, a car mechanic, with a 3-D imaging system, can review and fix problems easily through the robotic system.

The evolving Metaverse will also make existing jobs more flexible to switch to a different model. “New companies, products and services will emerge to manage everything from payments to identity verification, ad delivery, content creation, security,” Ball wrote on his personal blog.

He describes the virtual universe as creating a world where workers who choose to live in the suburbs can participate in the economy inside the city through virtual labour.

One of the great potentials is the education sector. Online learning nowadays distracts students. Metaverse will give teachers more tools to control focus and keep learners interested.

In addition, supporters expect new technology to help them quickly travel to the places they want, like a football field, the theater or a favorite tourist destination, even though they are still in the bedroom.

However, some experts say that the metaverse is not a big improvement. “Instead of sending a message in 2D, I sit on the virtual 3D screen and just send the same message. So what does it mean and what’s the difference?”, Clay Shirky, adtech expert at the University New York, stated.

He believes that the prospect of a virtual office does not solve existing problems, especially the comfort of working remotely. “Zoom is very successful because it reduces the presence of each person in the meeting. Many people don’t want to feel like they are in the actual office,” Shirky said.

Janet Murray, head of the Georgia Tech digital research center, also said that the metaverse is still limited and doesn’t fully simulate real life no matter how advanced technology is. “Sure, you feel like you can enjoy Thanksgiving from the couch in your room, but you can’t taste the turkey,” says Murray.

She also worries that the virtual universe will become a surveillance tool and become the new nightmare of invasion of privacy, especially when users have to provide more than personal information and pictures. like nowadays.

Some other experts mentioned that the risk of misinformation will increase to a more serious level. “If inaccuracies are circulating in 2D language and images, it will be even easier to convince with 3D images,” said Ethan Zuckerman, a professor at the University of Massachusetts.

In addition, as the virtual world evolves, so does the possibility of users struggling to distinguish reality from an illusion. “Immersion into the virtual world will jeopardize real-life relationships,” observes technology Julian Dibbell.

Apple’s smart glasses have the power of a Mac

How to turn off Windows 11 Update, stop updating Windows 11 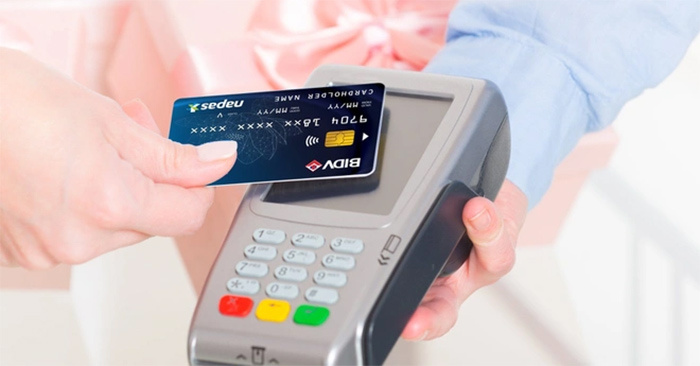 How to change ATM card with BIDV chip