After participating in activities that generate a lot of emissions, billionaires like Bill Gates and Jeff Bezos invest heavily in climate change projects to compensate.

The stories of billionaires enthusiastically promoting potential solutions to combat climate change but still flying around the world, leaving behind a large amount of carbon emissions, happen often. In the past week or so, this has happened twice.

The first is Bill Gates, who is an outspoken advocate of fighting climate change. Gates celebrated his 66th birthday by hosting dozens of guests, including Jeff Bezos, aboard a superyacht in the Mediterranean, near the coast of Turkey. Some guests flew to the yacht by helicopter. Days later, Bezos also faced backlash when he used a private jet to attend the COP26 climate summit in Scotland.

The super-rich often argue that their popularity and busy schedules require them to travel by private jet, helicopter or yacht. In “How to Avoid a Climate Disaster” published in 2021, Gates writes that he neutralizes his emissions (not counting aviation) by “buying carbon offsets through a company that operates a facility to remove CO2 from the air”. On November 2, a spokesman for the $10 billion Bezos Earth Foundation said that Jeff Bezos also “compensates for the full carbon footprint of his flights.”

Carbon offsetting is not a tool reserved for billionaires. Anyone can pay for carbon offsets. So what is this tool?

In theory, carbon offsetting helps an entity offset carbon emissions by funding environmental projects that reduce greenhouse gases in the atmosphere. One carbon offset credit is said to be equal to one tonne of CO2, or an equivalent amount of other greenhouse gases, removed from the air.

The drive from San Francisco to Atlanta, about 4,000 km, generates approximately one ton of CO2, according to estimates by the US Environmental Protection Agency (EPA). An average car emits about 5 tons of CO2 per year.

A company or government can purchase carbon offsets to offset the production of products in the factory. Meanwhile, individuals often use them to offset the carbon emissions from driving or flying. Credits can be purchased from companies and programs that plant crops or fund renewable energy projects, even from farmers that reduce or retain methane emissions from livestock.

In theory, the average driver could offset the carbon footprint of a car for less than $100 a year. According to a study by the Bank of America in September, the carbon offset is typically $2-20 for every tonne of emissions removed.

Bill Gates spends about $5 million a year to offset his family’s carbon footprint. He did not say exactly where this money was used but has invested in many companies that provide carbon offsets, including start-up Carbon Engineering (Canada) and company Carbfix (Iceland). Carbon Engineering uses a process of “direct air capture” to separate CO2 from the air and store it safely. Meanwhile, Carbfix sucks CO2 from power plants and stores it in volcanic rock.

The actual effectiveness of carbon offsets is still controversial. According to a 2019 ProPublica report, many programs sell carbon credits to carbon-reduction projects that later fail to implement.

California strives to offset its carbon footprint by investing heavily in forests, setting a goal of being carbon neutral by 2045. However, research by the nonprofit CarbonPlan in April showed that California has underestimated its carbon footprint. overestimate the climate value of the efforts the state makes and the offsets do not reflect real climate benefits.

Last month, environmental group Greenpeace called for a halt to carbon offsetting, citing some experts who fear carbon offsetting is taking money away from long-term climate solutions. Others argue that carbon offsets are just a convenient way for billionaires and businesses to justify their polluting activities instead of actually reducing emissions.

Still, carbon offsetting looks to be becoming increasingly popular, especially as governments and organizations commit to drastically reducing emissions. Global spending on carbon offsets could increase from about $300 million in 2018 to $100 billion in 2030, according to the Institute of International Finance (IIF).

One common reason is that buying carbon offsets is better than doing nothing. Many companies and individuals are fully able, and should, to make improvements to reduce their carbon footprint, but are unlikely to be able to completely reduce it to zero.

This also seems to be Bill Gates’ strategy – reduce emissions when you can, buy carbon offsets to offset when you can’t. It is even possible to overbought to be sure. “Since the method of calculating carbon emissions is still in its infancy, I doubled my family’s carbon footprint to be sure to offset the amount we generate,” Gates said.

The 2,000-year-old silver-encrusted dagger of a Roman warrior 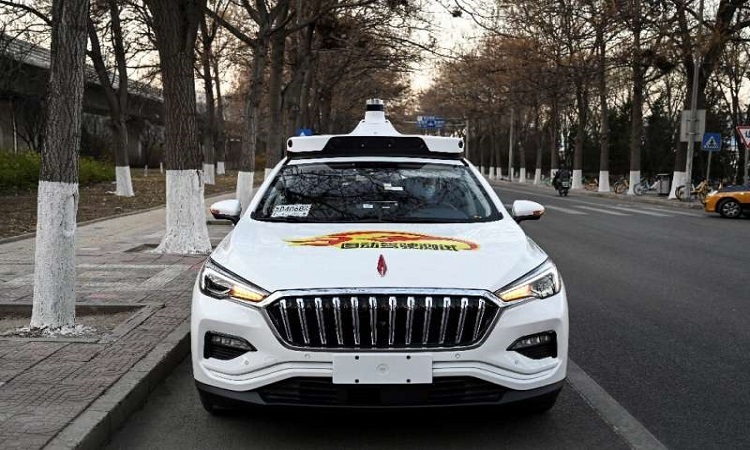