Graduated in finance and accounting in Australia, Le Thu Thao (29 years old) chose to return to the country to start a business in the restaurant industry and say no to plastic waste.

Thao’s choice was initially not welcomed by family members because both her parents are government employees and wanted her son to choose a more stable job instead of a business. But seeing her child determined, “my parents had to accept it” – Thao told about the time when she graduated from Western Sydney University, returned home and chose Phu Quoc Island as a place to start her business. In 2016, opening a restaurant called “Saigon People”, Thao decided her business would not welcome products that could generate plastic waste.

Thao and a group of friends collect money, rent a place, make a business plan. In “Saigon people” in addition to European – Asian specialties, coffee … is also famous for the cakes that the owner made by herself. Thao said, when she was studying abroad, in addition to her main study time, she often took part-time jobs in restaurants and hotels. She learned how to make Western dishes and cakes and also how they respect the environment. So at Thao’s restaurant, there is no plastic bottled water, the coffee cup brought to the customer is also a paper cup, the handle is made of papyrus. Bags for bringing back bread and cakes are also paper bags.

“In 2019, I decided not to do business in bottled water with plastic bottles – a super-profitable item on the tourist island, which caused a lot of protest from the group members,” Thao recalled. Everyone’s objection is understandable because not only do they lose profits, when they completely abandon plastic bottled water, the restaurant must invest in a modern filtration system to provide free filtered water to customers.

She convinced the members, that each person is receiving a favor from nature, why not set a fee as if paying for nature? Therefore, this loss should be considered as an environmental fee. “As long as each business reduces by about 500,000 VND per month, accumulating many businesses over time will be a lot. This accumulation will get bigger and bigger, but it may not be easy to realize,” Thao said.

Recalling in 2017 the movement to make straws from bamboo, rice flour is still small. She made it herself to replace plastic straws. When there were many production sites, Thao switched to buying ready-made. Then, on business trips to Thailand, Thao searched and discovered that there were boxes of goods made from bagasse, so she imported them. Although the price is much higher than the price of styrofoam boxes (each box made from bagasse costs 2,000-3,000 VND while the foam box is only a few tens of VND).

Thao’s method is supported by customers, of which up to 50% are foreign customers. Thao said, in the winter of 2017, 2018 customers lined up to come to dinner. The restaurant does not accept reservations. Thanks to that, from an initial capital of only a few hundred million, after more than three years of business, Thao opened a larger restaurant, raising 25 employees with an average salary of about 5-6 million VND/month. “The staff who come to work at the restaurant are also people who love the environment and support my way of doing things,” Thao said and said that currently, Covid-19 has caused no tourists, the restaurant is only doing enough to pay salaries. for employee.

Explaining her choice, Thao said she had the opportunity to experience a lot of plastic pollution. If each person reduces the use of plastic bags, plastic straws, styrofoam boxes, plastic bottles… will reduce pressure on the environment. “We accept a larger initial investment. A coffee cup, if using a plastic cup and straw, will cost about 10,000 VND, then switching to a paper cup, sedge handle, bamboo or stainless steel straw costs about 15,000 VND. “, Thao said. Her method is now also being done by a few friends on Phu Quoc island, following the movement to reduce waste from plastic, using recyclable items.

Mr. Huynh Quang Hung, Chairman of Phu Quoc City People’s Committee, said that from 2019, Phu Quoc island district signed a commitment with WWF not to use plastic waste. According to the roadmap, by 2021 Phu Quoc will reduce plastic waste pollution by 30% and by 2030, there will be no more plastic waste. “To fulfill this commitment requires a great sense of business and community, while changing habits is not easy,” said Mr. Hung, and highly appreciated the units that voluntarily minimized products. plastic products.

According to Quach Thi Xuan, coordinator of the Vietnam Zero Waste Coalition, studies have shown that plastic is very difficult to recycle. Since its birth, only about 9% of plastic has been recycled, of which only 2% is effectively recycled. Due to its downcycling characteristics, plastic can only be recycled from one to 10 times (depending on the type) and most are only recycled once. Post-consumer plastic is often turned into composites, wood-plastics, insulation and containers – but certainly anything that is formed from recycled plastic will be a lower quality item than the finished product. initial. Due to the difficulty of recycling, most plastic waste is landfilled or incinerated. All forms of burning plastic waste (including burning waste to generate electricity) pollute the environment through the emission of gases and the formation of toxic ash and slag.

“No matter how modern the incinerators are, they still emit dioxins and furans (especially during start-up, repair or maintenance). Dioxin and furan are two extremely toxic substances that can harm people. and the environment at a very small concentration,” said Ms. Xuan. Because plastic is lightweight, a lot of plastic waste is leaked into the environment under the influence of wind and surface runoff. A large amount of plastic waste is leaked into the environment, along with its durable properties, this amount of plastic forms plastic islands in the oceans.

Currently, Vietnam has passed the Law on Environmental Protection 2020 with new regulations on expanded responsibilities of manufacturers and circular economy. A National Action Plan on ocean plastic waste management to 2030 was also issued.

Ms. Xuan said that in the near future, regulations on sorting waste at source and collecting garbage fees based on volume after sorting will also be applied. At that time, the fee for difficult or non-recyclable plastic waste such as single-use plastic will be higher than for easily recyclable or organic waste. Thus, businesses like Thao’s will also save the monthly environmental cleaning fee when sorting waste at source, reducing waste in general and reducing disposable plastic waste in particular. 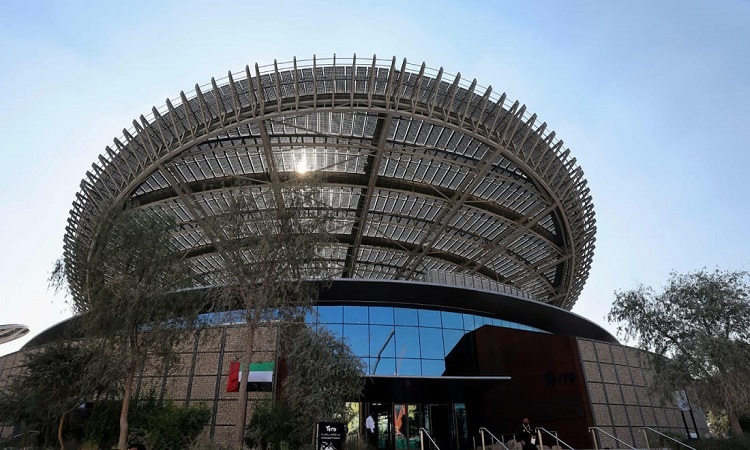 The building itself produces enough electricity for 370 households