For the third year in a row, Cuc Phuong was awarded the title of the top national park on the continent by the World Travel Awards.

Cuc Phuong is the first national park of Vietnam, established in 1962, located 120 km from Hanoi, in the territory of three provinces of Ninh Binh, Hoa Binh and Thanh Hoa. Cuc Phuong covers an area of ​​more than 22,000 hectares, mostly covered by tropical rainforest, and is home to more than 2,200 higher plants and mosses, 122 reptile species, 66 fish species, nearly 2,000 insect species, 135 species animal. There are many rare and precious animals living here such as langurs, leopards, sun bears and more than 300 species of birds. It also has a system of beautiful caves with great archaeological value such as Son Cung cave, Pho Ma Giang cave…

One of the favorite activities of tourists in Cuc Phuong is walking through the forest, participating in night wildlife tours, camping… Cuc Phuong is also famous for its butterfly season (from the end of April). until the end of May). Millions of white wings flying in flocks all over the road leading to the national park are the typical images that attract tourists to this place.

The World Travel Awards is considered the “Oscar of world tourism”, established in 1993 to recognize and honor the leading travel, tourism and hotel brands in the world and the region. The award is voted for by travel experts and readers around the world.

Vietnam has just been honored as Asia’s Top Destination, also by World Travel Awards. To win this victory, Vietnam has surpassed Nepal, the owner of the title in 2019, 2020 and other candidates such as Thailand, Indonesia, and Laos. 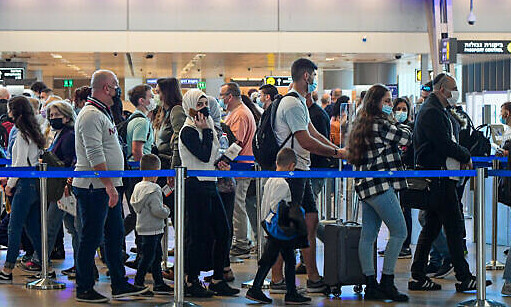 World tourism faces the risk of freezing because of Omicron

China seen from above

Rainy season through the street