AmericaA female diner faces charges after splashing hot soup in the face of a cashier at a Texas restaurant.

According to a video posted on the social network TikTok on November 8, the two women exchanged words at the cashier of a restaurant before the female customer threw a cup of soup in the face of the employee. Police said the incident happened at Sol de Jalisco restaurant in Temple city.

In a video posted on TikTok on 9/11, a woman named Nelly claims to be the cashier in the video. According to her, the woman called the restaurant to complain that the soup was so hot that the plastic lid melted, falling into the soup.

“I told her I was so sorry, it was a shame, because that never happened to us,” explained the restaurant employee.

Nelly offered to give her a refund or a free meal, but the customers didn’t seem to want to listen, and started insulting her and the rest of the staff. “I told her, ma’am, I can still help you, all I’m asking is for you to stop yelling and cursing at me,” Nelly says in the video.

“I’ll talk to you any way you want,” replied the customer. The cashier then hung up.

The female customer called back and asked to speak to the manager but had to wait because the restaurant was busy. About a minute later, the cashier picked up the phone but the customer hung up.

The woman then and a man brought a cup of soup to the restaurant, continued to curse, scream and say that the cashier was rude to her first. Nelly said she was “certainly not rude on the phone” because she could “understand” why a customer was upset.

Nelly pulled out her phone, telling the woman that if she didn’t calm down or leave, Nelly would call the police. The female diner shoved a cup of soup in Nelly’s face and quickly left with the man.

The cup of soup wasn’t as hot as it had just been, but the seasoning in it affected Nelly. “My eyes were burning, my nose was bleeding, it was very painful,” she said in the video. “When I wiped my face clean and could almost see again, customers and staff followed her out.”

Police said no one was injured in the incident. The female diner has been banned from the restaurant and is facing charges.

“We do not tolerate this type of behavior and ask that citizens maintain the highest standards of behavior,” said Deputy Sheriff Allen Teston. “If a citizen believes they have received poor service, we recommend that they remain polite until the matter is resolved.” 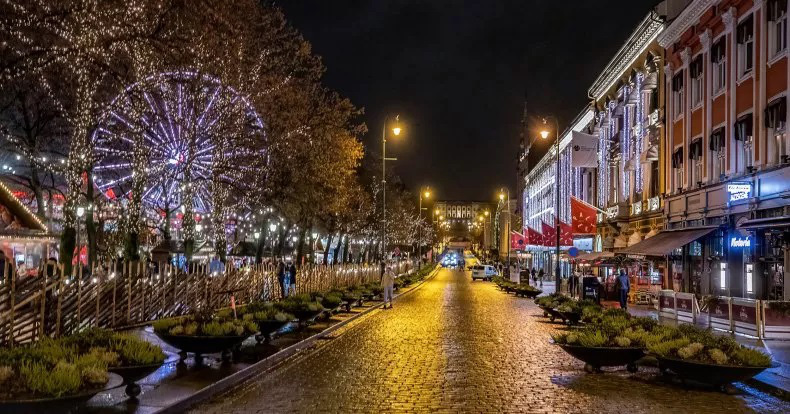 Libraries lend people instead of books