ParisNovak Djokovic successfully avenged Daniil Medvedev with a 4-6, 6-3, 6-3 victory in the final of the Paris Masters on November 7.

For the 14th time this season Djokovic won after losing the first set. He also increased his record of winning the Paris Masters six times. French audiences had to wait 31 years to see the final between the first and second seeds in Paris. Medvedev was the champion last year, and Djokovic won the last time in 2019.

No set was more than 10 games, but the match between Djokovic and Medvedev lasted two hours and 15 minutes, with countless attractive durable balls. Medvedev still played tactically in the US Open final, where he defeated Djokovic in three quick sets. However, the Russian player served worse than usual, leading to many points lost from the opponent’s return shots.

Medvedev had just seven aces all game, three double-faults and a 58 percent first serve rate. He also won only 59% of the first serve. These numbers are all lower than the US Open finals. The poor serve resulted in Medvedev saving only one of Djokovic’s six break-points. The defense of the world number two is not as durable as at the US Open. He only won 21% of first serve returns, much lower than Djokovic’s 41%. The fact that Medvedev won the first set 6-4 was mainly because Djokovic was not “hot”. The 34-year-old player lost in the first game of the match.

Djokovic is not as tense as the loss in New York two months ago. He repeatedly laughed and clapped his hands to praise his juniors’ good balls, even tossing his racquet high to tease the audience. Tactically, Nole actively finished the ball quickly, with the main attack point to the two corners of the field. He also made a good serve on the net. The steady serve helps Djokovic overcome difficulties many times. In the final game of the second set, Nole saved three break-points, before beating Medvedev in the third set-point. This game is the longest of the match, reaching 11 minutes and 43 seconds and clearly shows Djokovic’s bravery.

The third set saw many mistakes by Medvedev and high concentration of Djokovic. The number one player in the world earned three break-points and beat the juniors 6-3 to complete the reverse victory. Medvedev failed to become the sixth man, after Roger Federer, Rafael Nadal, Andy Murray, Stan Wawrinka and Alexander Zverev, to win Djokovic two finals in a row.

Djokovic overtakes Nadal to monopolize a record 37 Masters 1000. The Paris Masters is his fifth title this season, after three Grand Slams and the championship in his hometown of Belgrade.

“I watched the US Open final against Daniil and realized what mistakes I made,” Djokovic said after defeating Medvedev. “I try to read his serve, pay attention to the details. Daniil started better, served quite comfortably in the first set. But I always felt I could return the ball attacking. The game was very good. lots of grueling attacks. I needed controlled aggression, and I did it.” 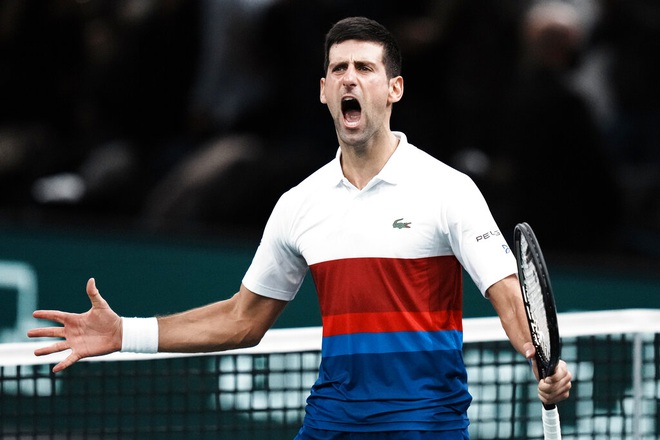 Djokovic and Medvedev could meet again next week, when the ATP Finals kick off in Turin. The final event of the 2021 season brings together the eight best men’s players, split into two groups, and then play the semi-finals and final.