AmericaDexter is a dog from Colorado famous on social media with more than 300,000 followers thanks to the ability to walk on his hind legs like a human.

The Kentee couple, the owners of Dexter, said that when he was one year old, he ran into the street and was hit by a truck. The dog was taken to the vet and fortunately survived 45 minutes after surgery. But one of Dexter’s front legs had to be amputated, and the other leg was also severely damaged.

The owner bought it custom wheels for easy mobility. Two months later, when he was taken to the front lawn, he stood up on his hind legs and walked up the stairs like a human.

“I was in shock and had to call the vet. The doctor said it would be safer if he wanted to stand on two legs without support,” Kentee said.

The owner took a video of the dog walking on two legs, posting it on social networks, turning it into a famous pet. In March of this year, the scene of Dexter walking on his hind legs in the snow attracted 1.9 million views. Previously, a video of it running on its hind legs had seven million views. Most viewers admire the disabled dog’s adaptability. 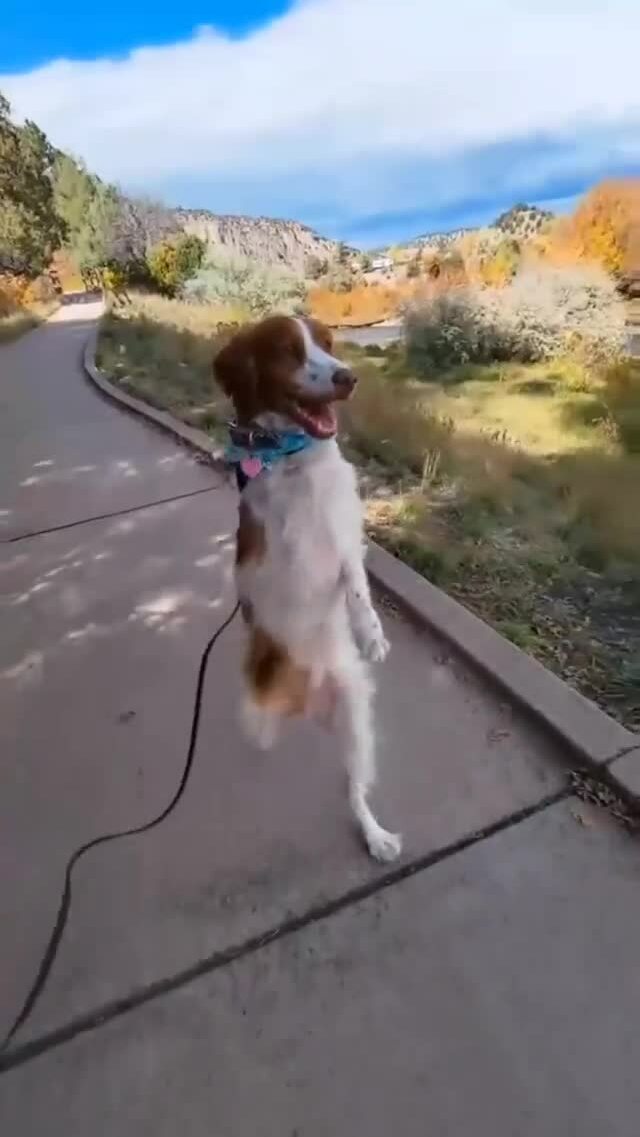 Dexter likes to walk and walks very quickly, even running well. Every day, the owner gives it 30 minutes of exercise, takes vitamins to support joints, massages its legs.

Watching the video of Dexter walking on his hind legs, the online community was worried, but the problem was the front leg. The leg had to undergo a lot of surgery, so it was very weak, causing pain when the weather changed. When it hurts, the dog often lies on his back, raising his leg to ask the owner to massage.

The doctor who treated Dexter said: “He gained weight and his thighs are very large. That is how he chooses to adapt, the owner does not force him. The dog accepts adversity and does not let his disability get in the way. Dexter. has incredible resilience”.

Kentee once thought her dog would not make it through the first night of the accident, hardly surviving the first surgery, but he was still with her after many other surgeries.

“I’m so grateful to still have Dexter in my life. Veterinarians say he can live up to four years. But he’s over seven years old and he’s still healthy,” she said.