Pham Nam Long once made his company the first Vietnamese startup to win the world startup arena by using AI to optimize the supply chain.

Pham Nam Long was born in 1989 in Hanoi and is a familiar face in national high school math and news competitions. After completing high school, he left to study in the UK in 2006, received a full scholarship at Cambridge University and defended his master’s thesis in machine learning at the University of Bristol.

After graduating, he went to Silicon Valley, became an employee of Google and then returned to Vietnam to found Abivin, providing supply chain optimization solutions using AI and machine learning. In 2019, his startup surpassed teams from 40 countries around the world to win the First Prize of the Startup World Cup competition with a prize of one million USD.

Long said, since childhood he was familiar with competitions. “Over time, taking exams and winning prizes became my joy and also my goal. Even when I came to England, even though my feet were wet and dry, I entered Abbey College Cambridge in 2006, I actively contacted the teachers and asked questions. see if I can participate in computer science, math, and physics competitions,” Long said.

He continuously enrolled in school and national competitions. In the first year of university, he was a rare international student to win the Bronze Medal of the International Informatics Olympiad and the Gold Medal of the British Mathematical Olympiad. A year later, he continued to win the Bronze Medal in the British Physics Olympiad and the Silver Medal in the British Mathematical Olympiad.

Although graduating in the UK, Long always cherished the dream of going to Silicon Valley, conquering Google and seeing what America has, where the latest and most modern technologies always originate here.

“The dream of joining Google is not as simple as I thought. Everything in the US is far from what I imagined, from the environment to the culture. It was not until the third application that I found the formula to get in. The starting salary at that time was 10,000 USD, quite attractive for a fresh graduate, but after a short time, the experience in the US awakened me and led to the decision to return to Vietnam. Nam started a business,” Long recalled.

During his days in America, he spent a lot of time traveling from the East coast to the West coast. Long has traveled through arid deserts, roaming the world’s tech capitals, observing the birth of tech unicorns affecting the lives of people around the globe. “There were two things that kept on my mind during my time in the US. One is that if Silicon Valley can live with technology, so can other places like Vietnam. Second, the entrepreneurial spirit that is bubbling throughout the community. There is a community of young people doing technology here. Everyone can build startups, solve global problems from scratch, not from big, long-standing organizations. Anyone can build a dream. with technology, even with ideas that sound crazy. That’s why I returned to Vietnam,” Long said.

When he returned to Vietnam, his first stop was Coc Coc – the browser developed by Vietnamese people that once ranked second in the domestic market. Then he joined Adatao – the foundation for building an enterprise intelligence system.

After joining several startups, he began looking for his own direction. Long shared: “At first, I didn’t think of what I would do, just thought I had to do what society really needs. Before starting with Abivin, I went everywhere, consulted every channel to see the real business. I accidentally watched a video about supply chain management and was surprised to realize this was exactly what I was looking for. From cars, planes to the things we use every day in life like ice cream cones. , water bottles are in the supply chain that needs to be managed and operated”.

It took more than a year for Abivin to have its first customer. At that time, the concept of supply chain management was quite unfamiliar in Vietnam. People talk a lot about digital transformation and logistics, but almost don’t care about the problem of managing and optimizing supply chains and value chains of enterprises.

The turning point for Long came from an old friend while studying at Cambridge. This person returned to Vietnam and worked for one of the largest consumer goods manufacturers in the world. The problem the company poses is to solve the problem of orders and transportation.

After having the first customer, he and his colleagues continued to conquer many other major partners such as DSV – one of the four largest third-party logistics service providers in the world; BCP – the largest distributor of P&G products in Indonesia; Coteccons – a large construction company in Vietnam; Saigon Newport; AOSmith; Habeco…

To date, Abivin has successfully implemented more than 45 supply chain optimization projects for many enterprises and multinational corporations in 7 countries: Singapore, Myanmar, Indonesia, Thailand, Philippines, Japan and Vietnam. The platform developed by the company currently handles more than 70,000 container shipments and one million deliveries per month.

From 2018 up to now, the company led by Long has won many awards such as the first prize of the Techfest Vietnam startup contest, the Rice Bowl Startup for excellent startups in Logistics and Supply Chain in ASEAN, the Startup World Cup, or the Startup World Cup. is the only Vietnamese platform honored among four Asia-Pacific startups at Microsoft’s Highway to a 100 Unicorns… Pham Nam Long is also the fifth Vietnamese to receive the title of ASEAN Entrepreneur in 2020 at the Tri Forum. international consciousness.

Sharing about continuously winning big prizes, Long said: “Aside from differences in technology, the story of the moment is extremely important. If we went to the competition in 2015, we would definitely fail because there was not yet available at that time. But so far, I have not only had global customers, solving problems for international businesses, but also given a longer vision while everyone was looking for ways to solve problems. of the supply chain, we have taken into account the optimization of the supply chain. That is the difference with international competitors.”

Covid-19 and the supply chain story in Vietnam

The disruption in the supply chain during the pandemic caused a sharp drop in capacity and high freight rates, especially for container shipping. Market research firm IHS Markit said that in August, the supply chain in Vietnam was disrupted at an unprecedented rate due to difficulties in transportation and pressure on the country’s ports. Delivery times extended to a record second month in a row.

Pham Nam Long said that even though Covid-19 lasted for a long time, his startup still grew 300% over the same period last year. One of the reasons for the company’s sustainability and development is the application of AI in supply chain management and optimization.

He said that during the pandemic, his partners could still be proactive in their transportation routes and supply chains without interruption while still ensuring safety by minimizing contact and meeting conditions. constant local change. Customers just need to sit in front of a computer or open a phone to know where their truck is going, whether the route is on schedule, how long it takes…

“In the past, people thought that machines couldn’t plan but had to be done by humans. And we are one of the pioneers in the world to build an AI platform for supply chain management,” Long said. .

Usually, a person planning to ship an order takes 2-4 hours, then it takes a few hours to make a list and make a report. But with the help of AI, the supply chain only needs 15-30 minutes to complete planning and reporting.

For example, in the past, to fill a container or truck, the transport unit needed people with many years of experience to do it, for example. In addition to productivity issues, another risk is that if this person quits, the business takes a long time to find a replacement and train. With AI, the machine learning system completely calculates the exact area of ​​each vehicle, type of goods, material, temperature, should be located in the most optimal position and automatically plans transportation. Not to mention, machine learning is also constantly updating and upgrading from the results of comparing the previous day with the next day, one plan with another.

According to 8X Hanoi, in Vietnam, many businesses rely on their strengths in human resources and natural resources. However, when the pandemic occurred, many supply chains were disrupted, businesses began to realize that in the future, the competition problem is not between this company and that company, this city against that city, but supply chain to supply chain. At that time, whoever manages the supply chain well will be the winner.

For example, Apple, to make the iPhone, they have partners located in the global supply chain. Because of this good control of the supply chain, they are less affected by the pandemic or the chip crisis. If a factory is affected by Covid-19, they immediately have a way to find another way to compensate. At that time, the supply chain had surpassed the enterprise scale and became a national problem.

“Before the pandemic, almost people heard little about the supply chain. But during the pandemic, the concern was higher from the business scale and state management level. I believe the Vietnamese can completely solve it. solve the world’s painful problems and be ready for the post-Covid-19 economic recovery period for the country,” Long said. 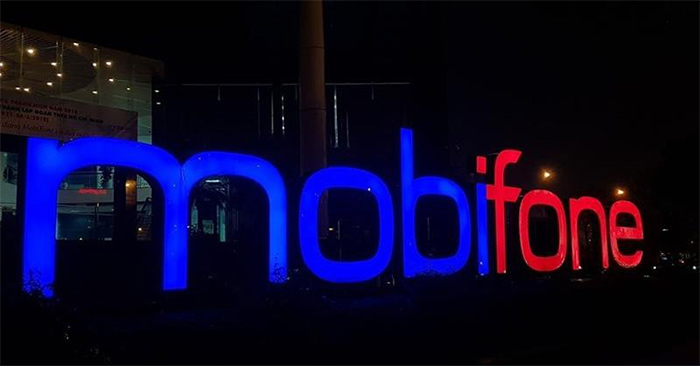 Ways to call MobiFone when out of money