The love story of a teacher and a male student in “Dance of Fate” was a “shot” to demand justice for the LGBT world on the Korean screen in the 2000s.

Recently, producer Choi Nak Kwon announced that he would remake the TV version of Bungee Jumping of their Own, causing a sudden increase in the number of people accessing movies on online platforms in Korea. The project consists of 16 episodes, starting filming in January 2022 and airing the same year. Singer Jaehyun (NCT group), Lee Hyun Wook plays student and teacher, the female lead has not been revealed.

Follow NaverThe movie released in 2001 only ranked 10th at the box office because same-sex love stories were considered immoral at that time. However, director Kim Dae Seung’s debut work was praised by experts for its daring, solid script and in-depth acting. After 20 years, when Korean society gradually opened up, the work was replayed many times, causing viewers to sob because of the tormented love story.

The film is 101 minutes long, telling the life of Suh In Woo (played by Lee Byung Hun) from his youth to his forties. In the middle of the summer rain of 1983, art student Tae Hee (Lee Eun Joo) boldly ran to In Woo’s umbrella, he was immediately struck by love. They spent a series of burning love days in the lecture hall, climbing mountains, dancing, giving souvenirs and dating adventurous bungee jumping in New Zealand. When In Woo enlisted in the army, Tae Hee said he would see off his lover but failed to meet. She ended her life in her twenties due to an accident, bringing with her In Woo’s promise “in the next life I will recognize you”.

In March 2000, In Woo worked as a teacher at a high school in Seoul, had a wife and children, but couldn’t help but miss his first love. The appearance of male student Hyun Bin (Yeo Hyun Seo) confused In Woo, once again changing the trajectory of life. He keeps Tae Hee’s mementos, has many habits, often tells the stories Tae Hee once told and uses words that are unique to her. In Woo believes that the ancients have reincarnated in the form of a 17-year-old boy. He tormented himself, tormented by his unrequited love and prejudiced public opinion, but could not stop his heart from turning to Hyun Bin. Desperate, the teacher and the male student held hands while bungee jumping in New Zealand without protective gear.

The film ends with the main couple’s whispers: “I will be a girl in the next life”, “But what if I am also a girl?”, “Then we have to love each other again”. Their smiles at the end give hope to the LGBT community.

In an interview on Daum, director Kim Dae Seung once said that even though he knew that the subject of sex was quite sensitive and the motif of reincarnation and reincarnation was difficult to attract, he still wanted to contribute a small voice and convey a humane message: “Love is not regardless of gender, age, status… Whether in male or female form or in any life, lovers still recognize and return to each other.” Thereby, the team hopes that the Korean society and public will reduce the stigma and harshness towards the LGBT community.

One of the scenes that made the director excited was the advice of a psychiatrist when In Woo told him that he was touched by a male student: “It is completely normal to be attracted to the same sex, as part of human nature. people”. When that instinct is rejected by society, many cases will despair, tend to seek liberation.

However, many film reviewers, bloggers and viewers pointed out the anti-humanities when promoting same-sex teacher-student love. In Woo’s wife (Jeon Mi Seon) suffers when her husband “shall have a strange dream”, misses his old love and is noisy with a male student worthy of his child’s age. Meanwhile, Hyun Bin’s 17-year-old girlfriend – Yeo Hye Soo (Hong Soo Hyun) – cried until he changed his mind, frantically running after the teacher.

Audience writes on Naver early 2000s: “The two characters’ suicide choices at the end of the film are very selfish, they free themselves but are too cruel to the people who stay”, “In Woo’s wife and daughter will suffer for life”, “The survivors suffer the most”… A group of parents even criticized the Korean film censorship agency for allowing “junk movies” to hit theaters, deeply affecting teenagers in this country.

Experts and many websites at that time had opposite views, but most evaluated the perspective of the novel writer-director duo, ahead of their time.

Daum commented that the script is so perfect that even those who don’t believe in fateful love like it. In a youth scene, In Woo and Tae Hee once said that “love at first sight”, “promise for a lasting love story” was a stupid statement. However, the summer rain that year made them change their opinion – shy at first meeting and then rushing at each other like moths.

Sheet Ggilbo The taste of first love is as beautiful as a fairy picture. Every little detail is reminiscent of a time of selfless love, with plans such as: dropping out of school to secretly watch the person in his dreams, looking for every reason to appear in front of that person’s eyes, he wet one shoulder of his shirt because he tilted his umbrella towards her, Kneel down to tie shoelaces, lean on your shoulders on the bus… The most impressive is the scene where the couple dances the waltz under the fiery sunset.

Sports Chosun recounted a series of dialogues that made many viewers sob when the movie was replayed in 2017: “I will find you in my next life and when I find you, I will love you again”, “How did I recognize you in the next life?” // I’m sure you’ll notice. Because if it weren’t for you, I wouldn’t have been able to love that person”, ”Sorry, I’m too late/- No, thank you for being late but still coming’ …

Ticket sales were not good, but the project won many major awards in 2001. Writer Go Eun Nim was honored with “Best Screenplay” for both the 22nd Blue Dragon, the 37th Baeksang and the Golden Bell – the three most prestigious events. Korean cinema. Kim Dae Seung won the “Rookie Director” category at Blue Dragon.

Sheet Topstarnews comment Fate jump shows Lee Byung Hun’s masterful acting. In the role of In Woo in his twenties, he shows the naivety of a boy who first fell in love through a somewhat confused facial expression, clumsy limbs, clumsy wording… but quality eyes contain compassion.

With middle-aged In Woo, Lee Byung Hun was ecstatic in scenes of nostalgia, tormenting himself. Sheet Xportsnews analyzing the actor who expressed despair through watery eyes when questioning Tae Hee in the form of a male student: “Tae Hee, how come you… don’t even remember me at all? I feel you. I know it’s you.”

Lee Eun Joo was praised for her attractive acting when transforming into Tae Hee. While actor Yeo Hyun Soo played the role of a male student who loves his teacher, he was awarded the “Rookie Actor” award in Baeksang.

Follow Hancinema, what made the crew and the audience heartbroken was that the two female stars who played the wife and ex-lover of Lee Byung Hun both hanged themselves because of depression. Lee Eun Joo passed away at her home on February 22, 2005 with a suicide note written in blood. Jeon Mi Seon died at the hotel on June 29, 2019, leaving no will.

Story ‘Poetry of a patriot’

While everyone is praising the shrimp dish of my future sister-in-law, I just want to expose her fake face. 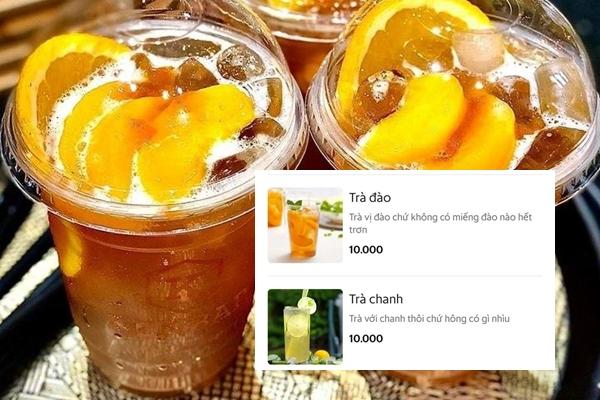 The online shop exposed its ingredients, who expected it to be warmly supported