Bernard, who lives in Shanghai, lost all his savings by investing in Squid – the digital currency based on the hit series Squid Game.

“I rushed to buy this code because I thought Squid Game It’s very hot, so tokens related to it will definitely be popular,” Bernard told CNBC. He did not reveal his real name because cryptocurrency transactions are currently banned in China. “Tragically, I don’t know what to do to get my money back. It’s my life savings.”

Bernard said he had experience trading cryptocurrencies and computers, but was still fooled. Before buying, he did some research on Google to see if the coin was legit. Although he read a few recommendations from other investors, he finally decided to “put down the money”.

Bernard blamed the media for not warning investors soon, and contacted the FBI and SEC about the lost funds. In addition, he also contacted the team behind Squid, as well as CoinMarketCap – the platform that posts information about this cryptocurrency. Both said they were “not responsible”.

However, Bernard is not alone. Thousands of other investors are in the same situation as him. The amount earned by the development team is estimated at more than 2.1 million USD.

On November 1, the transaction price per Squid coin reached 520 USD. Two hours later, the price increased 75 times up $2,860. However, just a few seconds after this level, the price of Squid “set up a red column”, slipping to $ 0.00078, which is down to 3 million times.

In fact, Squid was warned from the beginning by the cryptocurrency world, when the development team behind used the “anti-discharge” mechanism, ie only allowed to buy and limit to sell. This is also the reason why its price chart is always increasing, causing many people who don’t thoroughly understand this coin to have value.

Experts say this is called a “rug pull”, which describes the sudden abandonment of a cryptocurrency project by development teams, taking all the money invested, and then fleeing. This form is not rare, even popular, especially projects related to decentralized finance (DeFi).

However, the most suspicious sign is that investors can only buy, not sell. On cryptocurrency groups, many people have questioned this. The CoinMarketcap platform also posted a warning about Squid’s liquidity on the decentralized exchange PancakeSwap. However, not everyone noticed.

Be careful with ‘junk’ coins

Saurabh Dubey, now living in the US, has been interested in cryptocurrencies since 2016. In his free time, he often trades some new coins, often called “junk coins” in the hope that they will increase in value over time. However, the amount of money he spent was only about 100-200 USD. With Squid, he also invested $250.

As for Squid, Dubey put in more money than usual seeing its token second in interest among coins listed on CoinMarketCap. “Looking at the consistently bullish chart, I was a bit skeptical, but overwhelmed by expectations it would go up like some of the coins I bought in the past,” admitted Dubey.

After using 250 USD to buy, Dubey realized the mistake when analyzing the chart. “Every coin has to have a drop in price, it is difficult to increase in price continuously for 5 days,” he said. He tried to sell Squid but failed and accepted to lose money after the “collapse” of this cryptocurrency.

“For ‘lottery’ coins, players should only try their luck with small amounts of money, not bet their entire fortune,” Dubey advised.

According to Antoni Trenchev, co-founder of crypto lending company Nexo, betting on the right cryptocurrencies can change an investor’s life, but not by much. “Things that go up in a straight line will also fall in the same way,” Trenchev told CoinTelegraph.

Meanwhile, Henri Arslanian, PwC’s cryptocurrency expert, said that most investors just focus on the momentum without taking the time to read the white paper or find out what technology the project has, What platform, what potential. “This is a big mistake, because the team behind can take your money and run away at any time,” Arslanian said.

Squid Game is a series that is attracting viewers on Netflix. However, this service claims to be unrelated to the Squid cryptocurrency. How to add Windows 7 widgets to Windows 11 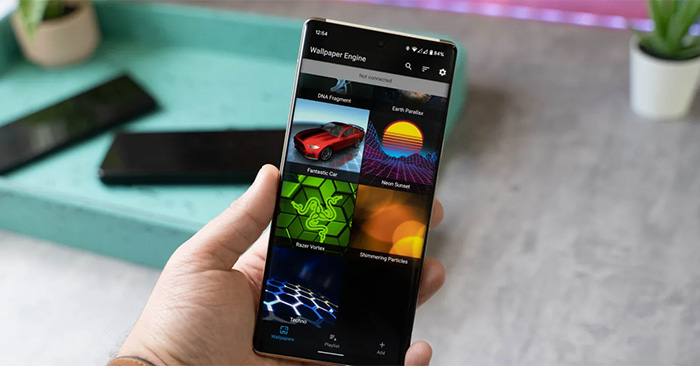 How to use Wallpaper Engine to install Android live wallpapers