Millionaire Amarjit Chohan of Indian origin, built a successful business career in the UK. He founded and runs CIBA, a fruit delivery company based at London’s Heathrow International Airport.

In February 2003, Kenneth Regan, a newly released former prisoner, came to CIBA to apply for a job. Amarjit has no prejudice against people with criminal records, so he agrees to accept Kenneth as a delivery van driver.

Amarjit did not investigate Kenneth’s background. Five years ago, he was a notorious drug lord and had ties to London’s top criminals.

One day, Kenneth told Amarjit that he knew some investors wanted to buy CIBA for £3 million. Amarjit started thinking when his wife wanted her husband to retire early to return to India.

At the same time, Kenneth contacted Belinda Brewin, a woman from Devon County, and asked her to be the CEO of the fruit delivery company he was about to buy. Belinda agreed because the salary offered by Kenneth was too high.

While visiting Belinda’s home in the town of Tiverton, Devon County, Kenneth announced that he would build her a drainage system in the large garden. Belinda thought it was a joke and said nothing.

True to Kenneth’s calculations, after a few days of thinking, millionaire Amarjit told Kenneth that he wanted to sell the company. On February 13, 2003, he left the company and told some employees that he was going to meet investors who wanted to buy the company near Stonehenge, Wiltshire. Young millionaire missing from here.

Just a few days later, the entire CIBA staff was shocked when Kenneth brought in Belinda and announced her as the new director. Regan also released the contents of a letter he said was written by Amarjit, with his signature. The body of the letter said that Amarjit sold the company in order to return with his wife and two sons to India urgently due to poor health.

The day after taking over as director, Belinda felt tired, so she drove home to the town of Tiverton to rest. She was shocked to see Kenneth and two men using machines to build a drainage system in the middle of the land in front of her house.

Despite the owner’s objections, Kenneth continued to build and said that Belinda could destroy the building but at least she had to keep it until the summer. The proposal confused Belinda.

Onkar Verma, Amarjit’s brother-in-law, is a journalist in New Zealand who talks to her sister and biological mother on a daily basis. But on February 15, 2003, when his sister did not answer the call, Onkar became worried and informed the London police.

When police arrived at Amarjit’s home, they found no one at home. Neighbors and company employees thought the whole family had returned to India.

When Onkar flew to England and arrived at his sister’s house, he saw a series of unusual signs. The two children’s toys were still scattered on the floor, his mother’s scriptures were still in her room. Also, Onkar believes that if his sister’s family returns to India, they must definitely talk to him about it.

Believing that both his sister’s family and his biological mother were in trouble, Onkar informed the police. They invited Kenneth to the station to work because he was the last person to see Amarjit before he disappeared. Kenneth said that after selling CIBA, millionaire Amarjit still owes a lot of money, so he probably went to hide from creditors.

Not believing Kenneth’s story, investigators tracked both Amarjit and Kenneth through cell phone data. They noticed that Amarjit’s phone had appeared near Stonehenge the day he went missing. Meanwhile, Kenneth lives with her father in a nearby village.

Data from the carrier shows that Amarjit and Kenneth both reached a location near Stonehenge, then both moved towards Devon County. The only valuable police lead is Belinda, the new director of CIBA. So they arranged to meet Belinda at her home in Tiverton.

When Belinda said that Kenneth had dug a very large hole in the land in front of the house to build a drainage system, the investigative team found it suspicious.

Two months later, people discovered a body in the sea in the city of Bournemouth, Hampshire. Autopsy results showed it was Amarjit.

Police identified former prisoner Kenneth and two friends as prime suspects, but they disappeared. 12 days later, one of the two friends was caught by the police in a pub, but he did not answer any questions.

Three weeks later, a fisherman discovered the body of Amarjit’s wife floating in the Solent Strait.

During the digging in Belinda’s land, police also found many hairs, jewelry, baby diapers. Therefore, the police suspect that the group of suspects initially buried the Amarjit family in Belinda’s land, but after learning that the police were interested in the land, they exhumed the bodies to bring to the sea.

Police arrested Kenneth in Belgium and six weeks later, the other guy turned himself in, but was silent for several days.

Prosecutors allege that after tricking Amarjit away to meet “investors”, the three suspects restrained him in Kenneth’s home, forced him to sign papers with the content of selling CIBA company to Kenneth. .

Finished robbing the company, they returned to Amarjit’s private house and murdered the remaining 4 people including the businessman’s wife, mother-in-law and 2 young children.

During a search of Kenneth’s home, police found a drop of blood outside his home, which was forensically identified as belonging to Amarjit.

In addition, when looking closely at the sock on the victim’s right leg, the police found a sheet of paper that was carefully folded so many words were not blurred even though the perpetrator had thrown the victim into the sea for many days. The contents of the paper showed that it was a document sent to Kenneth by a construction company. Police deduced, predicting death would come, Amarjit tried to hide the paper in his socks to provide the killer’s identity.

The trial of 3 defendants lasted up to 9 months. Kenneth and an accomplice were sentenced to 5 life sentences, while the other guy was sentenced to 23 years in prison.

After the trial ended, the body of Amarjit’s mother-in-law was found at sea. However, until now, police have not found the bodies of two children 18 months and 2 months old. The group of defendants also did not disclose the location where they killed the victims.

Can tenants be offered a discount due to sluggish sales? 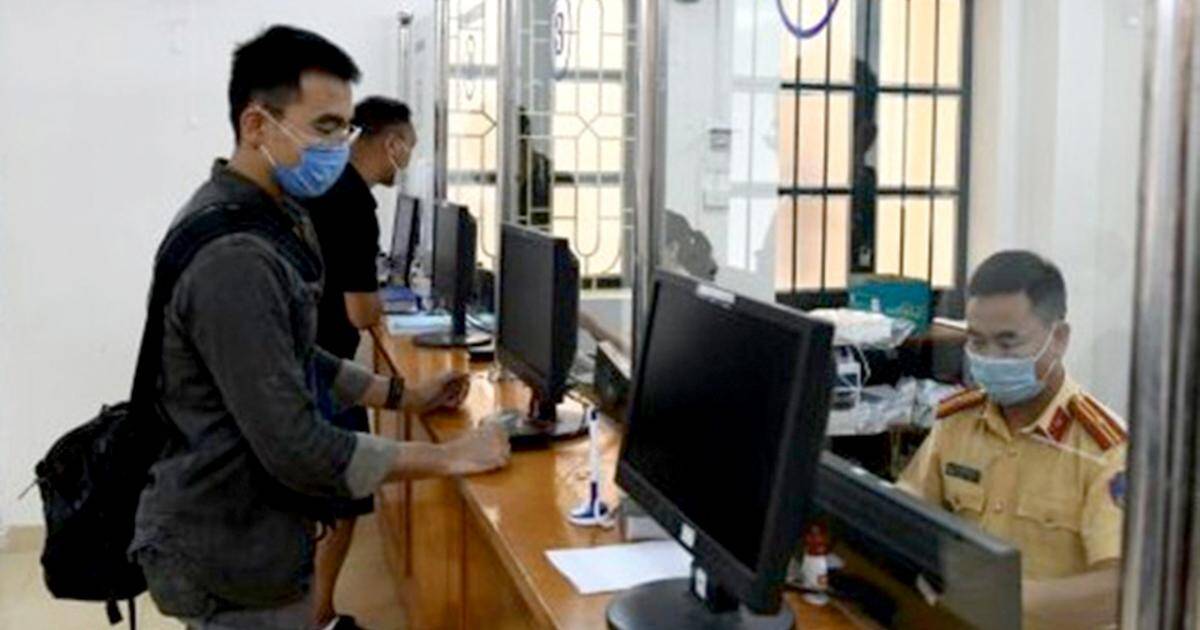 In what cases are unregistered cars handled? 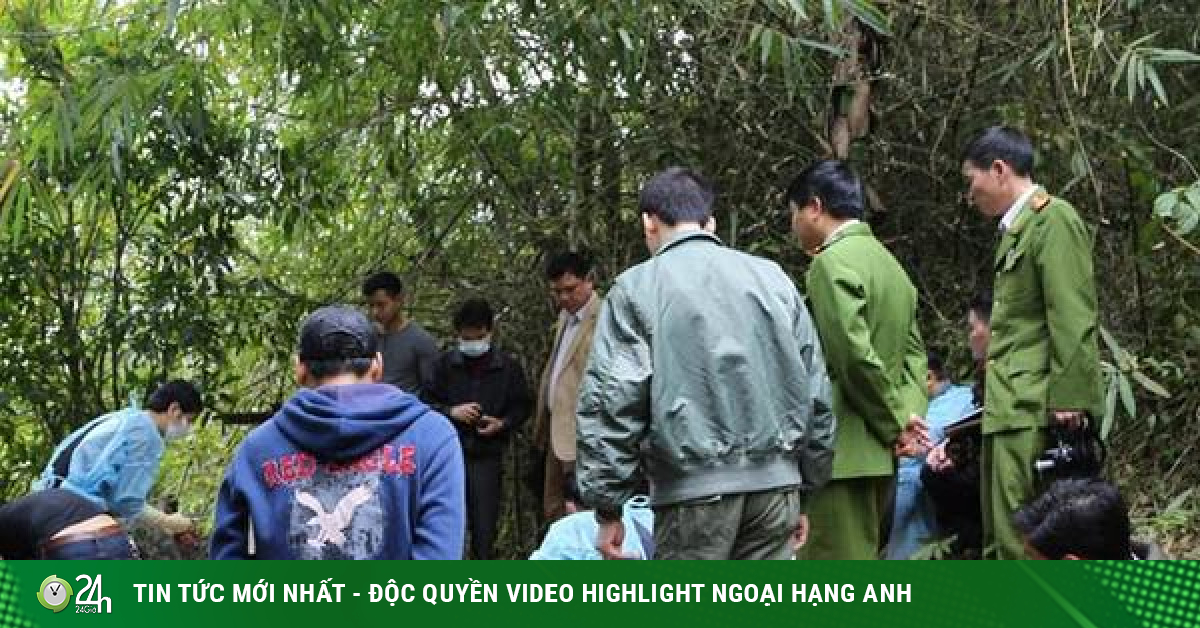 Crime under the grass

Puzzle: Decipher the culprit’s name on the calendar