In the first minutes of answering interrogation during the trial on the afternoon of November 5 at the Hanoi People’s Court, former Deputy General Director of the General Department of Intelligence (Ministry of Public Security) Nguyen Duy Linh kept the morning testimony, insisting: “I received gifts from Vu 5 times, but never in cash.”

But when the chairman asked if he wanted to say anything more, suddenly, Mr. Linh sighed, propped his hands on the bench, and suddenly said in a broken voice: “I have received money from Vu”.

The whole courtroom was silent for a few seconds before Mr. Linh asked for leniency on the grounds of poor health, “not sure how long he will live”.

“Today, sitting here, to say these words, I feel a lot of damage to my self-esteem,” he said.

Mr. Linh was arrested for allegedly accepting bribes of VND 5 billion from his subordinate Phan Van Anh Vu (Vu “Aluminum”) in June. In connection with the case, Ho Huu Hoa was prosecuted for the crime. Bribery broker, Dance about crime Give bribes.

From the time he was arrested until the afternoon of November 5, Mr. Linh always claimed that he “didn’t know, contact, or have a relationship” with Vu. He insists that he only accepts gifts of cigars and Ganoderma lucidum, “no money”.

But when Mr. Linh confessed to the crime, Vu also suddenly changed his testimony. Vu Tu insisted on denying all allegations, interrupted the jury with a loud voice that changed to calm, said yes to the content of the accusation and did not want to explain.

30 minutes ago, Vu also reacted to defendant Hoa’s testimony about helping Vu give money to Mr. Linh: “Mr. Hoa made false statements, the defendant never said to give money”.

The lawyer asked to explain “why write a statement showing bribe but now ask for a change?”, Vu said that a person “forced to write”.

Please take a few minutes to present because “human life is important”, Vu said when he was first arrested (early 2018), a person entered the prison and asked “how is he related to Mr. Linh?”. Vu said he was not close, only occasionally giving a box of cigars, this person banged the table, shouting “don’t lie”.

This person then instructed Vu to declare in the direction of giving money to defendant Linh. According to Vu, due to fear, the defendant “must obey” because “there is no other choice”. Vu said that when he had to choose “between life and death”, the defendant had to “make false statements to expect to go to court to tell the truth”.

When the lawyer asked him if Mr. Linh “fired” the newspaper to flee abroad, Vu denied: “I go normally, no one forbids me to hide”.

“The defendant once gave Mr. Linh a gift, so he confessed to the crime Give bribes no?”, the lawyer continued to ask the question. Vu replied: “I have not bribed anyone to accept it.” Vu affirmed that he did not intend to rely on Mr. Linh for anything when “only giving each other bottles of wine and cigarettes”.

Defendant Hoa once changed his testimony in the opposite direction. When he was first arrested, Hoa claimed in 2017 to help Vu connect with Mr. Linh for “help” when this defendant was being investigated in the case. Deliberately disclosing State secrets. Through Hoa, Vu transferred to Mr. Linh 5 billion VND.

Draw then counter. When he learned that Mr. Linh was prosecuted, this feng shui master “sincerely declared”, saying that he had been threatened by Mr. Linh: “If you declare anything detrimental to me, you will go far”.

Also according to Hoa, a police officer on duty without a nameplate went to the cell and asked Hoa to write a denunciation against the leader of the investigation agency and the procuracy, otherwise “all consequences will be borne by him”. This made Hoa afraid, declaring in the direction of denying the initial testimony.

The trial was also surprising not only because the defendants “turned around” to confess, but also because all three defendants did not argue. Mr. Linh also asked 3 lawyers to defend him “not to argue with representatives of the Procuracy”.

Mr. Linh was recommended by the Procuracy for 13-15 years in prison, Vu for 7-9 years, and Hoa with the same term of detention.

At 9 am this morning, the court handed down the sentence.

The girl escaped by giving a sign to passersby 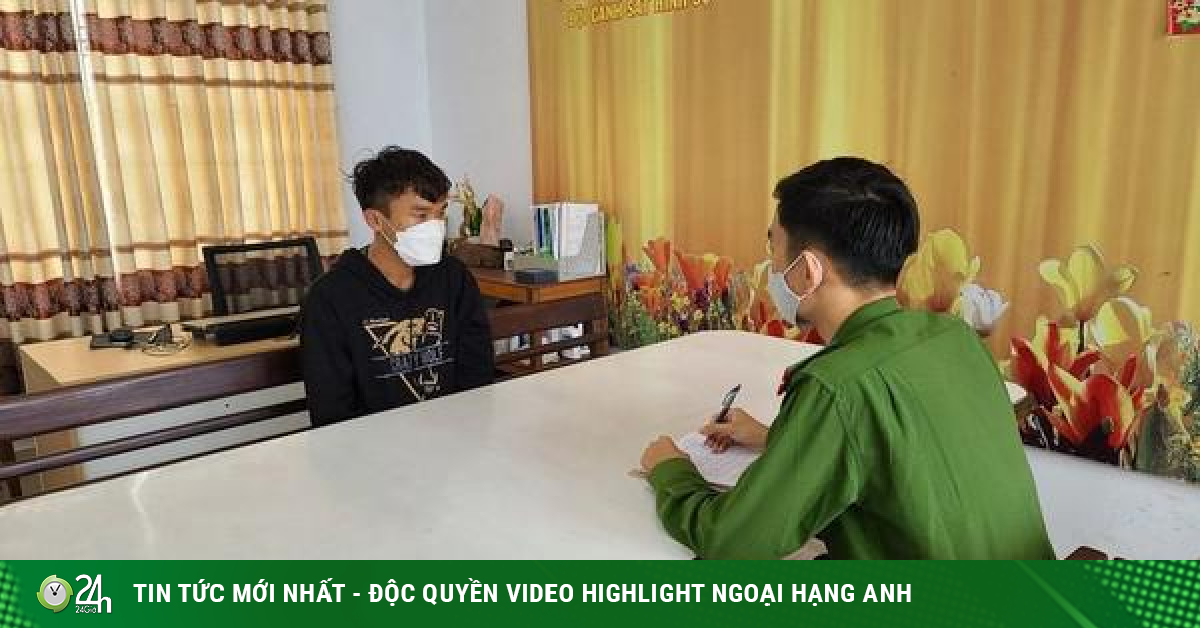 Giving money to a wanderer to return to her hometown, a female pharmacist in Da Nang was scammed 100 million dong