On the morning of November 6, at the end of the trial of the case of giving and receiving bribes at the Hanoi People’s Court, defendant Nguyen Duy Linh, former deputy director of the General Department of Intelligence (Ministry of Public Security), received 14 years in prison for the crime. Bribery, sentence below the prosecution frame due to the enjoyment of a number of mitigating circumstances.

Mr. Linh was absent from the sentencing hearing due to poor health. But true to his commitment, right after suddenly confessing at the interrogation session on the afternoon of November 5, his wife paid 5 billion dong instead of her husband.

This is my money Phan Van Anh Vu (Vu “Aluminum”). In mid-2017, Vu was a police colonel of the General Department of Intelligence, Chairman of Bac Nam 79 Construction Joint Stock Company and Nova Bac Nam 79 Company, but was having “trouble with the law” when being investigated for execution. Because Deliberately disclosing state secrets.

In June 2017, Vu shared this story with a friend he had known for 7 years, a feng shui teacher and spiritual consultant Ho Huu Hoa, according to the indictment and testimony at the court hearing on November 5.

Incidentally, Hoa also just got acquainted with Vu’s superior, Mr. Linh, and many times went to his house in Hanoi to “consult feng shui”. Accepting Vu’s words, in a later meeting with Mr. Linh, Hoa offered to connect so that the two could “talk and understand each other”.

“At first, Mr. Linh hesitated, thought, said that this time was a bit sensitive and didn’t want to meet. But then Mr. Linh asked me to open the phone to talk to Mr. Vu”, defendant Hoa testified at the trial. , did not clarify the content of the exchange because Mr. Linh took the phone to another place to talk.

Meeting Vu again a few days later in Ho Chi Minh City, Hoa did not have to wait long for Vu to tell the content of this conversation. “Comrade Linh said he was in need of money to take care of his work and asked for financial support. I asked how and specifically? Comrade Linh said it was up to him,” an excerpt from Vu’s self-declaration. Aluminum” was announced and shown by the jury during the court session.

Hearing the story, Hoa advised Vu to “give Mr. Linh some money” to make Vu’s work go smoothly. Vu was about to give Mr. Linh 10 billion dong, but Hoa intervened with the reason that “we can’t help but give so much, we only give 5 billion”. Vu agreed, quickly preparing money for the next business trip in Hanoi.

The starting point of this 9 kg of cash is a 5 star hotel in Ba Dinh district. This is the place where Vu rents a long-term accommodation every time he goes on a business trip in the capital.

On August 16, 2017, in a hotel room, 10,000 bills with a face value of 500,000 VND were put in a black plastic bag by Vu, sealed with adhesive tape and put in a dark rectangular paper bag, and then called a private driver. Go to the hotel lobby, tell Hoa to hand it over.

The money bag was taken by this driver to a black Camry, number plate 80B, about 5.7 km to Hoa’s house on Giang Vo street, Dong Da district.

At 10:13 on the same day, receiving the phone call from Vu’s personal driver, Hoa came down from the apartment to the lobby and approached the car. The driver went around to the back, opened the trunk and took the bag.

The bag was later identified by Hoa with a size of 45x20x30 cm, weighing about 8 kg, wrapped “very square”.

27 hours later, Vu’s wallet was “transferred” for the second time. At 13:00 on August 17, 2017, Hoa made an appointment with a junior officer of Mr. Linh to have lunch at a restaurant in the urban area of ​​Exchange City, Bac Tu Liem district.

Due to the request of Chief Linh over the phone, when he got up to leave, this officer took a gift bag from Hoa, got on a black Camry with license plate number 80B, and went to the office in Cau Giay district. , about 6.7 km away.

The fourth person holds the gift bag is Mr. Linh’s personal assistant. At the direction of Mr. Linh, the assistant received a gift bag from the intelligence officer, then brought it back to put it on the TV shelf in the bedroom, in Mr. Linh’s office at the headquarters of the General Department.

33 days after Mr. Linh received 9 kg of money, Vu was disciplined by the Ministry of Public Security and removed from the People’s Public Security force, on September 20, 2017. About three months later, Vu was prosecuted for the accused and had a warrant for his arrest and detention for the crime Deliberately disclosing state secrets. But at this time, Vu had escaped from Vietnam.

In early January 2018, Vu was arrested in Singapore. Authorities are simultaneously investigating two things: the case Vu is being prosecuted for and “did anyone inform Vu to escape to Singapore?”.

After a few days of being arrested, Vu wrote 6 self-declaration statements, admitting that 3 days before the arrest warrant, Mr. Linh used Viber software to send messages to Vu and advised him to travel for a short time, telling him to “try to go to Europe. Europe”. But before Vu had time to leave Singapore to go to Europe, he was arrested.

In the self-declaration, Vu also declared three more times to pack foam boxes with 100 dollar bills to give to Mr. Linh, of which 2 million USD once and 2 times, one million USD each time.

The last time of giving and receiving gifts was determined by the indictment on December 10, 2017, just 10 days before Vu was prosecuted for the crime of Deliberately disclosing state secrets. The final gift, was a styrofoam box sealed with white tape.

Vu’s driver and Linh’s assistant also confessed that in addition to the amount of 5 billion being investigated in the case, they also helped Vu and Linh give and receive gifts 4 other times.

The investigative agency recorded the time, location, call log and the location of the phone towers of these 4 times of gift delivery and receipt. But because there was no basis to determine what was inside the gift boxes, but only based on Vu’s testimony, the police did not have enough grounds to prosecute.

Vu’s driver, police officer and defendant Linh’s personal assistant were the three witnesses summoned by the jury during the trial. They declared that they followed the instructions and asked for help of Mr. Linh and Vu, but did not know what was inside these gift packages, nor did they benefit, so the investigation agency did not handle them.

Although Mr. Linh suddenly confessed to the crime, he did not declare how he used 9 kg of money, only make sure “not for nefarious purposes”. He said that he has many dreams, when working for the industry, he is always aware of protecting the country, becoming an exemplary cadre and doing many great things for the country. But make a mistake for a “can’t be yourself” minute.

The amount of illicit benefit, 5 billion VND, was assessed by the jury as “especially large”. After 4 years, 2 months, 20 days, the bribe money was returned by Mr. Linh’s family and ended up in the State Treasury. 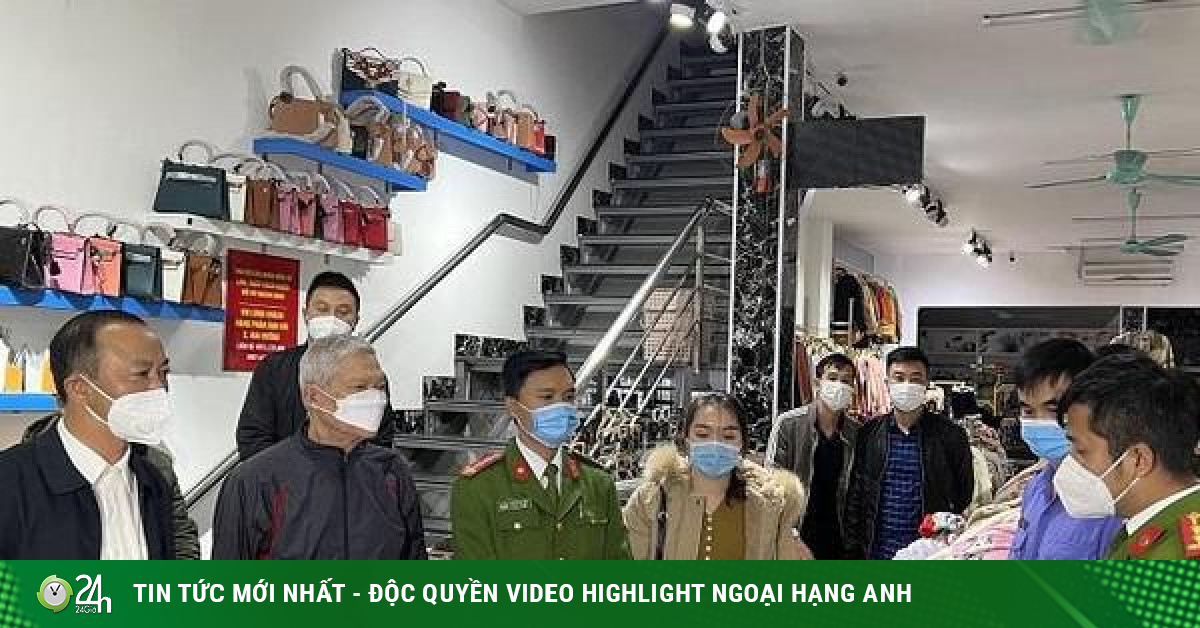 Buying goods was cheated, the girl injured herself and then reported the robbery so she wouldn’t be scolded