People in many Southeast Asian countries actively play games or sell NFT items to make money, although this market still has many potential risks.

Since the artist Beeple’s work was sold for $69 million, NFT – a digital asset encrypted on the blockchain platform – has become one of the trending keywords around the world. There are mixed opinions surrounding this new asset class. Many believe that NFT can change the world of finance, but many are skeptical that this is just a short-term trend.

But no matter how you look at it, NFT is changing the lives of many people in Southeast Asia, according to Mr. Nikkei. Many working people as well as artists have additional income thanks to this new type of property.

Every day, Gilbert Jalova, a Filipino in his 40s, still spends two hours playing Axie Infinity. The SLP cryptocurrency obtained in the game helps him to convert to ETH or cash. One month, he earned $ 550 from playing the game mentioned above.

This figure is higher than the income of many other ordinary jobs and nearly double the minimum wage (about 300 USD) of Filipinos. Jalova said, just a few months ago, he was still struggling to find another job to be able to support his family with three children and a sick wife. After hearing a recommendation from a friend, he started playing NFT games. Now, his whole family is participating in the game. “It also became our family bond,” he said.

According to Gabby Dizon, developer and founder of the Yield Guild Games team specializing in earning NFT games, more than 80% of players Axie Infinity are from emerging economies. “Those are places where inflation is high or it’s hard to find a job. Many people turn to these games as a way to get extra income or even to replace their main job,” Dizon said.

Not only in the Philippines, this craze is appearing in many Southeast Asian countries. Statistics of Digital Entertainment Asset (DEA) – a company specializing in developing NFT games in Singapore, of the 1 million people playing the company’s games, 45% are from Indonesia. Cryptocurrency earned from the game can be converted to Indonesian rupiah via Indodax exchange.

“This money helps me spend on daily needs during my studies, such as buying books, learning equipment and saving a part for the future,” Nikkei quoted by Riky Candra, a 20-year-old student in Riau (Indonesia).

The key behind gaming monetization is NFT – an application of blockchain technology that makes digital items unique. Each player’s property, item, or character in the game is unique. They can use the characters to go to war and earn tokens, or trade items, make money with cryptocurrency.

Not only in the game field, NFT is also well received by many artists in Southeast Asia. Some Thai rappers or street artists in Singapore and Indonesia are selling their works as NFTs.

An artist with the stage name Monez said he sold an NFT work for 0.8 ETH, or $1,200 in March. While not a high price compared to many other NFT paintings, Monez believes the NFT will be beneficial in the long run. This solution helps to preserve the authenticity and originality of the artwork, while the artist can receive multiple royalties if the work is bought and sold again and again.

“In the real world, paintings are bought very cheaply. Even if the painting can then sell for twice as much, the artist doesn’t get any extra money,” Monez said. Meanwhile, with NFT’s smart contract, he can get 10% more after every purchase of his work.

Risks in the NFT . Trend

Although many people make money, experts still warn players to be careful when participating in this market.

“NFT’s liquidity is a potential risk. If you buy for the purpose of collecting, you won’t have too many problems. However, if buying NFT for investment purposes, the low market liquidity will put you off. cannot sell them when needed,” said a representative of Digital Entertainment Asset.

In fact, the NFT market has a period of very low liquidity. In early May, this market saw NFT sales of up to 101 million USD a day. However, by the end of May, the volume of transactions dropped to 2 million USD a day. Many experts have predicted that the NFT “bubble” is bursting.

According to Poltak Hotradero, Business Development Manager of the Stock Exchange of Indonesia, NFT will not be widely accepted to become a mainstream financial trend.

“For the younger generation, it may be easier to accept digital products. But for the older generation, I don’t think they appreciate NFT as much as the tactile works of art, see or touch,” Poltak said. “In Asia, the older generation still accounts for most of the purchasing power and this will determine the economic value of the NFT.”

Meanwhile, many NFT gamers hope that this is not a fad. “I’ll keep playing Axie some more time. Maybe I’ll quit my job and focus on this game,” Jalova said. 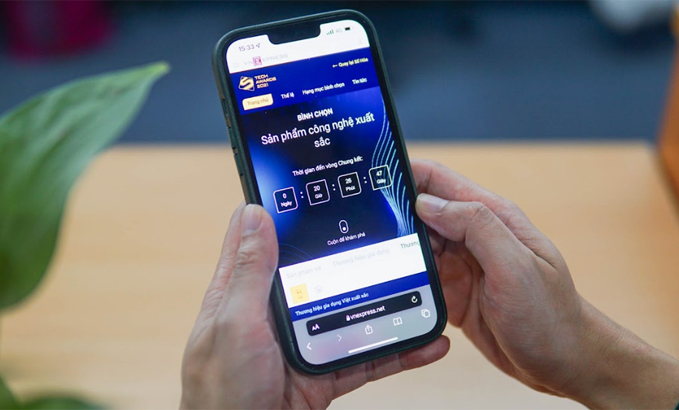 This afternoon ended the preliminary round of Tech Awards 2021

Apple sells iPhone components to users to repair themselves