Blockchain projects developing in the direction of metaverse have appeared a lot in Vietnam since the beginning of this year, in the trend of building a virtual universe of the world.

One of the famous projects related to virtual universe is Axie Infinity – The most expensive NFT game of all time by the Vietnamese behind. On CoinMarketCap rankings, Axie is the top project in the list of cryptocurrencies related to the metaverse, with a market capitalization of about 8 billion USD.

In addition to Axie, many other blockchain projects of Vietnamese engineers such as Faraland, Sipher, Elpis Battle, Meta Spatial… are also in the process of becoming a metaverse or creating a foundation to help build a metaverse. Some received high appreciation from the community, successfully raising millions of USD from foreign funds.

For example, Meta Spatial has raised millions of USD from large investment funds such as Animoca Brands, LD Capital, Mex… to develop a platform that allows virtual reality technology experiences, and other developers can build metaverse on this foundation. Last week, Sipher project also received an investment of 6.8 million USD to build the game World of Sipheria, which creates a free economy for gamers, giving the community ownership of in-game assets.

“Sipher builds games on a P2E (Play to Earn) economy. We believe the metaverse game genre will push a new limit on economics, where users can reap rewards for spending time and being creative in the game,” said Arrington Capital investor Michael Arrington.

Most metaverse projects in Vietnam have been developed since the NFT craze earlier this year. According to Ngo Cuong, CTO of Meta Spatial, the idea of ​​a virtual world existing parallel to the real world has been around for a long time, and virtual reality technologies AR, VR, MR, XR help bring this idea to life. closer to humans. However, only with blockchain application can the metaverse become a real universe.

Currently, there is no unified concept of the metaverse because the term covers a large “virtual universe”. Metaverse first appeared in 1992 in science fiction novels Snow Crash by writer Neal Stephenson, describes an online space where people interact with each other using a virtual being.

Although the virtual world has always existed with the advent of the Internet, people are unable to move between different platforms because their identities and online assets are unknown. Meanwhile, the metaverse turns the virtual world into a seamless, unified entity. Tim Sweeney, CEO of Epic Games, envisions it as an online playground throughout, where users and friends play games, watch movies, shop, test drive a new car built exactly like in life. real… without the barrier of segregation of services.

To do that, the metaverse needs the support of blockchain – the underlying technology for cryptocurrencies and NFTs, allowing users to identify and trade virtual assets, buy tickets for virtual events, etc.

“Thanks to the application of blockchain, specifically NFT, we define the uniqueness of each individual or asset in that world. This is an important element of the metaverse, whereas previous technologies did not. okay,” said Mr. Ngo Cuong. “Blockchain creates a market that helps virtual assets have real value such as digital currency, NFT, in addition to help identify users, so that each individual will be as unique as in the real world.”

Despite the same direction of the metaverse, the approach of blockchain projects is different from that of Facebook. At the Connect 21 event last week, Meta CEO Mark Zuckerberg described a three-dimensional space, where people immerse themselves in the virtual world through VR and AR technology, performing similar jobs in the real world. such as meeting, learning, working and playing.

Meanwhile, with current blockchain projects, metaverse is more known for owning an in-game economy where users can work, earn and convert to real money.

Example with the game Axie, the “character” is a virtual animal that can fight and earn SLP coins. The developer recently also created “land” in virtual space called Lunacia for players to live in, exploit resources, buy and sell, and collect digital currency, which can be exchanged. make real money. Some land on Axie is being valued at 10,000 ETH, equivalent to 40-50 million USD.

Blockchain experts say that metaverse is often used to describe an ecosystem where users find things in real life such as experiences, interactions, and creations in a common, sustainable space. high steady.

According to CoinMarketCap, there is no definition of a metaverse project, but it can be determined by five factors: Sustainability – the virtual space is constantly evolving whether or not users connect and interact; Real time – real-time user experiences; Economy – the metaverse needs a fully functional economy, especially a blockchain based currency to trade items; Bridge to the real world and Open Content – user-generated content. A blockchain project that has one of the above factors is enough to participate in the metaverse.

“Metaverse is not a temporary trend but will become the future of people. Metaverse can completely replace today’s Internet applications, such as social networks, video calls. That is when people will connect. with each other not on social networks but in the virtual world,” said Mr. Ngo Cuong.

Apple has problems implementing its own 5G modem

Code of 3D Beast and how to enter the code 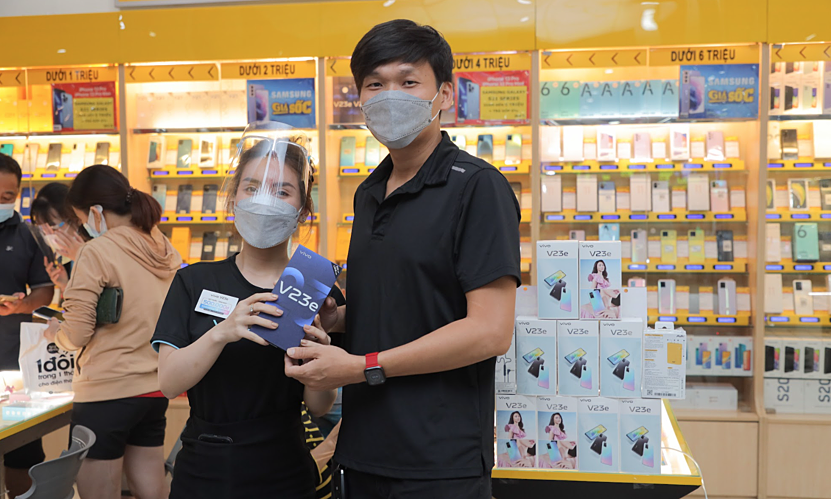