MexicoSoon erasing the early advantage of the Mercedes duo, Max Verstappen won the race on Sunday, November 7, taking a big step towards the F1 world championship.

The ninth victory since the beginning of the season helps Verstappen create a 19-point gap when the season only has four stages left. The gap could have been even bigger had Valtteri Bottas not stripped the Red Bull driver’s fastest-lap at the end of the race after returning late for a tire change on lap 67. Verstappen’s teammate Sergio Perez finished in the top three for the first time on the road. home race, thereby helping Red Bull to be only one point behind Mercedes.

After Mercedes won the first two starting positions after the qualifying round on Saturday afternoon, Verstappen was forced to prepare an early attack position if he did not want to wait for the opponent to stumble.

In the first seconds, the Mercedes duo competed fiercely, and Verstappen patiently hid behind the wind throughout the straight start. When the team reached Turn 1, the two W12s braked early while the Red Bull braked later and swerved to the optimal track in the outer half of the corner. Sandwiched between two cars, Bottas fell behind and collided with Daniel Ricciardo (McLaren) in the back. Both cars were damaged and had to return to the pit early and then dropped to the last group. The safety car soon appeared at the first round when the car of Mick Schumacher (Haas) and Yuki Tsunoda (AlphaTauri) lay on the curb.

From a relatively favorable starting position, Hamilton was suddenly sandwiched between two RB13s, although he did not lose his position. Meanwhile, Bottas fell deep behind and struggled for half the race without being able to get past Ricciardo. After the car safely withdrew from the track at lap 4, Verstappen quickly accelerated and gradually widened the gap with Hamilton.

The amazing speed of the Dutch driver made many experts say that even if he did not surpass the Mercedes duo at the start, Verstappen would soon defeat Hamilton and Bottas in Mexico. Meanwhile, Hamilton was closely followed by Perez and forced to take the initiative to return to the pit early in round 29 to avoid being jumped by the opponent.

Before changing the tire, the Mercedes driver was nearly 10 seconds behind by Verstappen. Despite Hamilton returning to the pit to change the tire early, Red Bull kept Perez on the track for 11 more laps to keep the tire to attack at the end of the race. When the race had 11 laps left, Perez chased Hamilton closely and was only one second behind the British driver. However, despite being hindered by some cars, Hamilton was still able to hold Perez until the race ended. 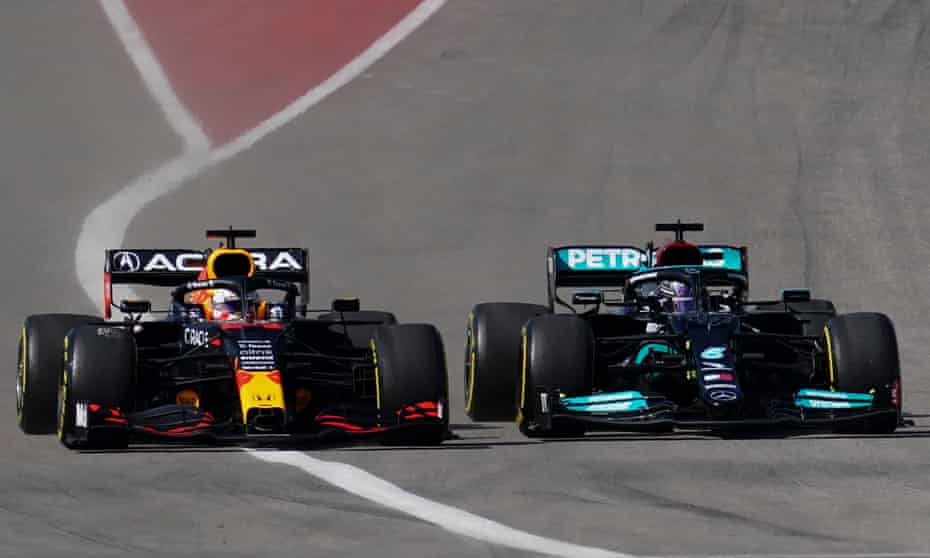 After the loss in Mexico, Hamilton said: “Red Bull’s car is so dominant at this race that we really can’t do anything about it. I just have to be satisfied with second place.”

Completing 71 laps in Mexico with a time of 1 hour 38 minutes 39,086 seconds and faster than the nearest opponent to 16,555 seconds, Verstappen had the best race since the beginning of the season. In the situation that Hamilton began to show signs of deterioration due to age, the Dutch driver was racing towards the final championship.