HanoiMr. Kien and a group of volunteers opened “1k Rice Shop” to support the families of children with cancer, but then decided to give it away for free because “the epidemic makes it difficult for everyone”.

Near noon on November 4, a pickup truck carrying more than 100 meals stopped at the gate of the National Children’s Hospital. From the queue of people waiting, Ms. Cao Thi Phuong and a few people ran out to carry their belongings and moved to the opposite lakeside area. Baby Ngoc Diep, her daughter, slightly tugged on her mother’s sleeve and asked what “uncle Kien’s rice” had today.

“Uncle Kien’s rice” is a way to order free rice meals distributed by Mr. Tran Trung Kien’s group every Thursday and Sunday, specializing in serving children and their family members who are being treated in the oncology department at Children’s Hospital. Central and Bach Mai.

Deployed from the beginning of October, Mr. Kien’s “1k rice shop” served nine times, then Phuong’s mother and daughter ate the fourth meal. Bringing her daughter from Hai Duong to Hanoi for treatment for pancreatic cancer for nearly two weeks now, the roommate told her that there is a place to donate rice, each serving has three to four savory dishes, not to mention soup, cake, milk, and fruit. accompanied, she registered to receive.

“From the day I was admitted to the hospital, these are the best meals my daughter and I have ever eaten,” said the 30-year-old woman. At noon on November 4, Phuong received seven meals for the whole room.

Standing two rows behind Phuong’s mother and daughter, Nguyen Thi Khuyen, 28 years old, waits for her turn. “Give me three servings for my room,” Khuyen said. From Nghe An to the National Children’s Hospital for nearly three months, Ms. Khuyen buys rice in the hospital or eats out every day. Each serving is from 20,000 VND to 30,000 VND, but there are few items, mother and daughter eat one meal, they are hungry, but two meals are not enough money.

Mr. Tran Trung Kien, 35 years old, lives in Ba Dinh district. Three years ago, his daughter was diagnosed with cancer, he asked to be discharged from the army to accompany her. Since then, he has started doing volunteer work in parallel with his freelance business.

While taking care of his daughter in the hospital, he understood the suffering of families in the same situation, so he cherished the idea of ​​opening a “1k rice shop”. The idea was two years ago, but it was not until October of this year that he found a long-term cooking location that he started implementing.

Nearly 20 volunteers of the shop are all acquaintances with Mr. Kien in the past through volunteering to build schools for highland children, helping disadvantaged people.

Mr. Kien explained about the name of the restaurant, initially the whole group calculated a symbolic fee of 1,000 VND for each meal so that the recipient could spend money to buy and eat in a comfortable and happy mood. But because of the epidemic and distance, he decided to give free rice.

However, the 35-year-old man and the volunteers only identified themselves as “worker bees”, helping benefactors prepare hot meals with enough quality for difficult situations. Wanting to do charity in the right place, with the right person, he actively contacted parents whose children were being treated in the hospital, by making a list of families who needed to eat a day before, to prepare. Each group cooks from 120 to 160 servings, depending on the number of people who sign up.

“No matter what job you’re doing, you’ll become a chef when you enter the shop and become a professional rice maker,” said Kien. Nearly 20 volunteers of the restaurant are directors, lecturers, civil servants, engineers… Busy work, but everyone always arranges to come to the restaurant to cook twice a week.

Many people who know Kien’s restaurant have contacted to order a few trial meals but paid from 500,000 VND to several million. Some people donate money, others send vegetables, sausages, fish meat a day before the group for preliminary processing.

“It’s said to be two sessions, but it’s actually four,” said Mr. Mau Quang Minh, 44 years old, living in Dong Da district, a lecturer in the Finance and Accounting department of a university. He has a teaching schedule from Monday to Saturday, especially on Thursday he asks to change shifts or not accept the teaching schedule to go to work at the restaurant.

“Now close 102 seats to the Children’s Hospital”, Mr. Kien shouted. The group started working at 6:30 am, trying to pack boxes at 10:30 am to send to hospitals.

After three hours of cooking, Ms. Vu My Linh, 33 years old, from Thanh Xuan district started dividing canned food. She is an employee of a Hanoi drainage company, cannot take a break in the middle of the week, so she often visits the restaurant on Sundays. According to her, the rice meal is 0 dong, but the actual value must be 40,000-50,000 dong. Every time they pack a box, the members always try to make it full so that parents and children can eat together.

“But processing is not as difficult as making a menu,” said Mr. Kien. Having taken his daughter for cancer treatment, he always focused on cooking nutritious dishes. Every time he cooks a new dish, he posts it on the group to ask parents’ opinions if it’s appropriate, because each disease has a different treatment and diet.

By 11:30 a.m., more than a hundred rice meals had been distributed, with six extra servings left, he and two volunteers continued to wait. Seeing a man about 40 years old leading his son, Mr. Kien quickly asked: “Have you eaten yet, will you receive the rice soup?” The father came in, received a late meal, and said thank you non-stop.

Seeing that the rice was delicious, many families asked the group to open more cooking days, but the members all had their own jobs. Mr. Kien hopes to maintain the rice distribution activities for many years, hoping to send love to many people.

With the goal of igniting the faith of children with cancer, the Hope Foundation cooperates with the Mr. Sun program to launch the Sun of Hope program. One more of your cooperation is another ray of light to the future generations of the country. Please see information about the program here.

The 17-year fairy tale love of a math teacher 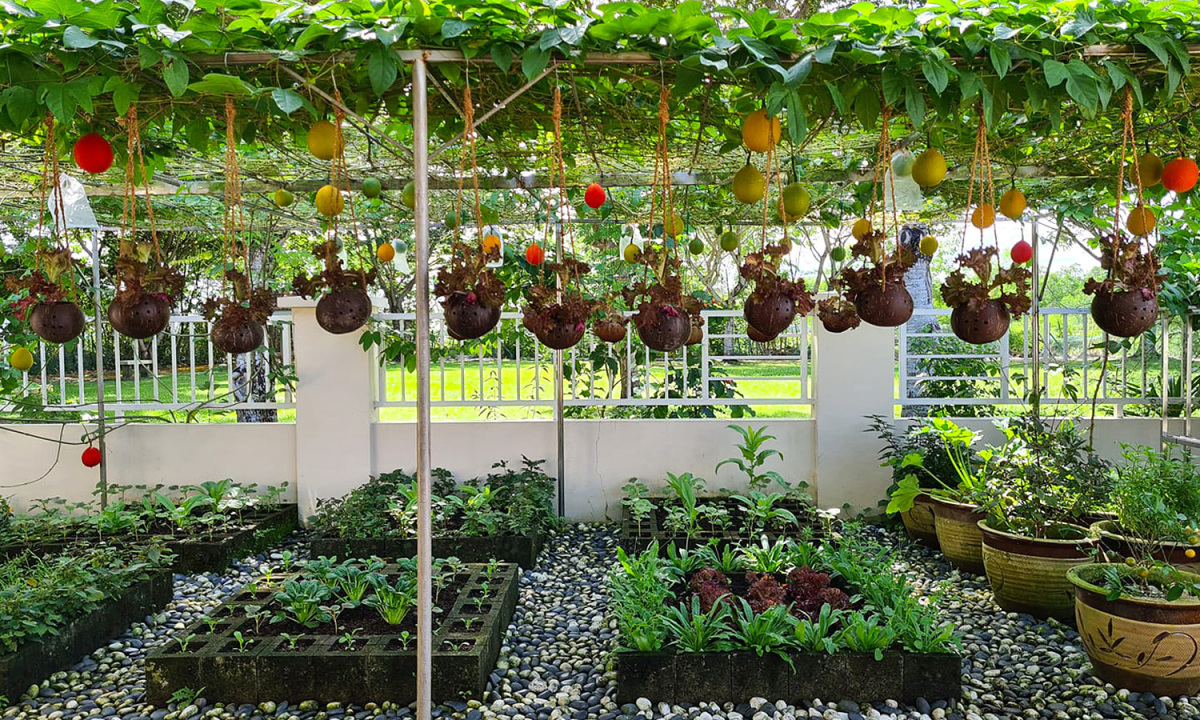 Use birthday money to buy 5 motorbikes for strangers