Before he drowned, a 13-year-old boy in Guangdong province was repeatedly beaten by his friends at school.

A week later, the dark story behind Ke’s death exposed the problem of bullying in Chinese schools. In one video, Ke was slapped in the face by a classmate, causing him to fall to the toilet floor, while several other students watched and cheered.

It was only after Ke went missing that the family learned the teenager had been bullied multiple times at school, including the day before he disappeared.

“I can’t imagine how much abuse Ke Liangwei had to go through during that long period of bullying. I felt it was necessary to make it public so that such things don’t happen to other students,” the relative said. of Ke posted on social networks.

Police and the Mau Danh city education department confirmed Ke’s story, but did not link the bullying incident to the boy’s death. Even so, the story has resonated in China about the growing prevalence of bullying in the country and the possibility that victims will remain silent.

A study from Huazhong Normal University in Wuhan (CCNU) found that about one-third of 10,000 students from six provinces had been bullied. Of that group, 45% chose “keep it a secret”. Only about 25% of 6-18 year olds said they would tell a teacher or parent.

According to the United Nations Children’s Fund (UNICEF), one in three 13-15 year olds is bullied.

Like many countries, Chinese law does not explicitly prohibit bullying, but authorities can press charges in cases that result in serious injury or death. However, bullying often involves students, under the minimum age of 14, to be held criminally responsible. In extreme cases, children over 12 years old can be prosecuted.

In the legal sense, “bullying” refers to physical abuse, verbal harassment, cyberbullying, and social bullying, like isolating someone on purpose.

Professor Wang Zhenhui from the China University of Political Science and Law in Beijing said the country lacked specific measures to rehabilitate bullies and help victims. That is one of the factors that makes bullying such a persistent problem in Chinese schools.

“If bullies are not educated promptly and effectively, their behavior cannot be corrected. They will be more likely to bully weaker people and more likely to switch to more serious behaviors, resulting in more harm. more harmful to others,” he said.

In the past, Chinese society viewed bullying as a kind of naughty childish behavior, not unlike the way American culture used to see bullying as “child’s play”. Recently, public perception of the harmful effects of bullying is changing.

China enacted the Law on Protection of Minors in June, requiring all schools to develop a system of regulations to prevent bullying. The Education Department specifically targets “protecting minors at school,” effective September. However, school administrators lack enforcement, leaving bullies unpunished and victims of abuse. don’t know how to solve it.

A 17-year-old female student in Shanghai said she had never been taught about school bullying by her teacher. She witnessed a number of cases of bullying at school but did not report it to teachers or school staff.

“I think the most important thing is that victims should fight back. They should ask classmates or friends for help,” the female student said.

In Beijing, a 16-year-old gay student from a vocational school took to social media in March to denounce the administration’s request that he silently tolerate bullies or transfer schools after he asked for help. . According to this male student, the most severe punishment for bullies is to ask the eight students involved to write a review and copy the rules.

Professor Wang said that bullying also often happens to people whose parents do not teach their children how to handle emotions and interpersonal relationships well. According to CCNU research, students from rich or powerful families are less likely to be bullied. 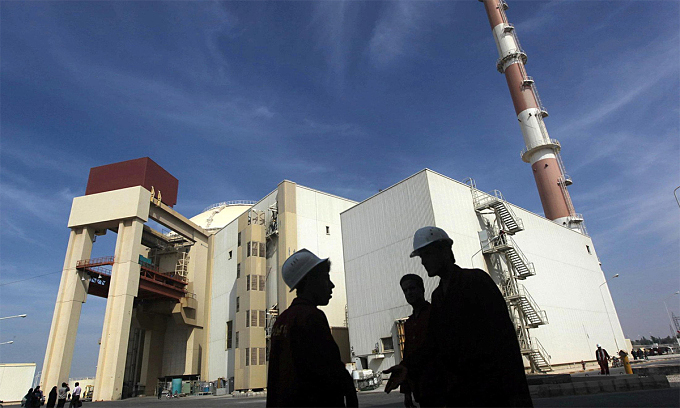 US general warns Iran is about to build nuclear weapons