Han Sara apologized after being criticized by the audience for wearing a short skirt and singing “The girl paved the way” on electronic music.

On the morning of 11/11, the singer and the show crew The Heroes said that she appreciates the audience’s feedback on Han Sara’s costumes, rap lyrics and images in the performance Gen Z . girl “did not properly represent the feminist spirit and message of the original song”. The singer said that he had learned deeply from his experience to make the following performances more elaborate.

A few days after the show aired on the evening of November 6, Han Sara was criticized by the audience for “destroying” the spirit of the song The girl who opened the way. She used some passages in the song of musician Xuan Giao, remixed on the EDM background.

The 20-year-old vocalist also combines a rap part to honor national heroines: “A woman of great courage. Long live the life of Mother Au Co. Hai Ba Trung proclaimed a king for a while, and Ho Xuan Huong saved her name for posterity. Men. Whoever it is is born of a woman. We sisters are a dictionary and you always have to find every word.” At the end of the performance, she said choosing a song and developing a feminist-themed rap, encouraging women to follow the example of heroes in history, confidently stand on their own two feet.

The performance caught attention on TikTok when many young audiences covered the choreography. However, many people commented that Han Sara did not understand the song’s message. In addition, the mixing of songs with EDM music is considered inappropriate, losing the dignified spirit of revolutionary music. On Facebook, some viewers also thought that Han Sara’s choreography, miniskirt and dancers were offensive. Performing Artists The girl who opened the way often wear costumes imitating the youth volunteers in the anti-American era, wearing beaded hats.

Mr. Thanh Huy – media representative The Heroes – said that after hearing feedback from the audience, the program hid the performance videos on Tiktok, cut the singing part The girl who opened the way, leaving only Han Sara’s rap on Youtube. Anh Huy said: “Maybe because Han Sara was born and raised in Korea, doesn’t understand Vietnamese culture well, so the show is entertaining but not suitable for the theme of honoring the image of female brothers. hero of the night competition”.

On the night of the competition, Nguyen Hai Phong – Han Sara’s coach – called the contestant “the girl who paved the way” in music. Judge Ha Le praised her for being explosive and confident on stage. He especially liked the singer’s rap part because she gave specific and clear images for the audience to associate and compare. However, judge Luu Thien Huong thinks that she has not fully exploited the song’s theme The girl who opened the way, making the singing and rap parts unconnected and forced. As a result, Han Sara was eliminated by rival Ali Hoang Duong, stopping at the game.

Song The girl who opened the way was born in 1965, when musician Xuan Giao went to practice composing in the Truong Son street of smoke and fire. Here, he witnessed the scene of the girls from 16 to 20, in the dark still briskly walking through the forest leading the way for the army convoys. It’s so hard, but they’re still happy and love life. Those images haunted Xuan Giao, prompting him to write upbeat, upbeat melodies. The work is considered one of the best songs written about the girls on the Truong Son route, often performed on the occasion of anniversaries and meetings of many classes of young volunteers.

Han Sara was born and raised in Korea, living with her father in Vietnam since 2010. She has been noticed since joining Voice of Vietnam 2017, with the ability to sing in Korean, English and Vietnamese. She has many MVs that attract tens of millions of views such as Counting sheeps (An Nhi), Girl when in love (Only C), Let’s go on a date (Huung Hien Nang). In addition to the ability to sing and dance well, Han Sara attracts many fans thanks to her good-looking appearance and modern fashion style.

The Heroes whose Vietnamese name is Idol vs Idol. In the competition, famous singers, musicians or music producers (collectively known as masters) will choose the right contestants for the team, leading them to build the repertoire through each round. This year’s contestants include My Anh, Erik, Quan AP, Thanh Duy, Han Sara, Orange, Cara, Uni5, Thanh Duy, Ali Hoang Duong, Lona. 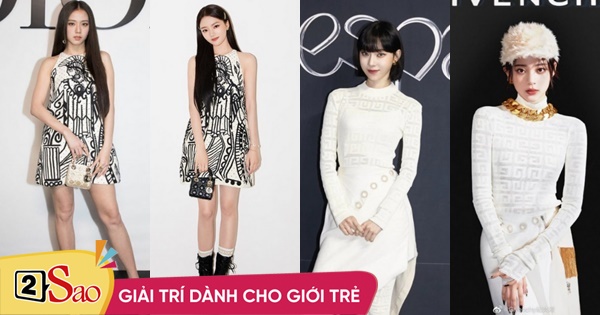 The fierce clashes of Korean and Chinese stars in 2021

Mistakenly as a crocodile model, the man walked closer to take a photo and the end 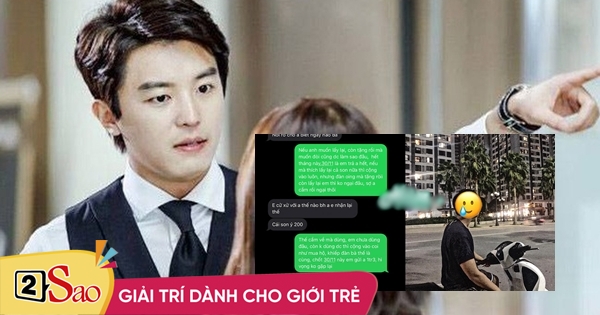