Britain’s telephone regulator said it would keep thousands of the famous red phone booths, despite a sharp drop in calls.

According to Ofcom’s new criteria, phone booths need to be used at least 52 times in 12 months to be maintained. Additionally, if the phone booth is located in an area identified as an accident or suicide hotspot, it will not be removed.

“Some of the phone booths we plan to protect have relatively low call volumes,” said Ofcom’s chief connectivity officer Selina Chadha. “However, if one of those calls is from a grieving child, accident victim or someone contemplating suicide, a payphone can be a lifesaver.”

He has about 21,000 phone booths. Ofcom says they are often used to make emergency calls. “Nearly 150,000 emergency calls from phone booths in a year, according to May 2020 statistics, in addition, there are 25,000 calls to child protection hotlines and 20,000 calls to Samaritans, an organization that helps people with disabilities. suicidal ideation,” Ofcom said.

96% of adults in the UK have a mobile phone and coverage has gotten better over the years. Ofcom says that if it wants to remove a phone booth, it must be in an area covered by four UK mobile networks.

After a phone booth shuts down, local communities can buy them back for a pound ($1.34). Ofcom says “more than 6,000 phone booths have been converted to other uses, such as public libraries or defibrillators”.

He is moving from analog to digital telephone networks. The analog phone system will be discontinued at the end of 2025, the remaining phone booths will be upgraded to standard connection via Internet protocol. 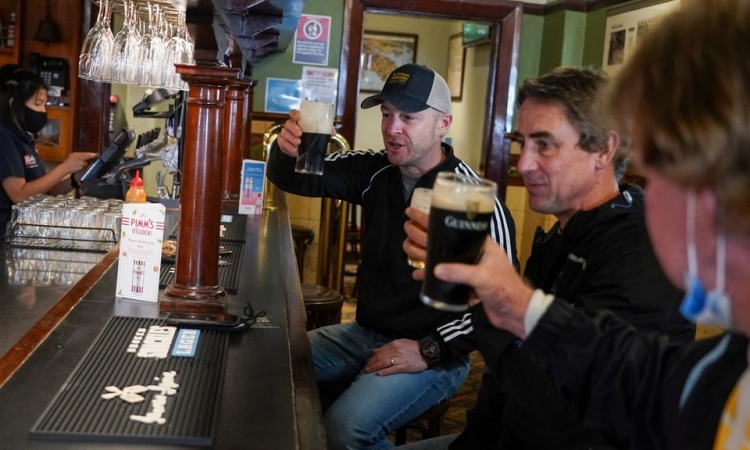 Australians drink the most in the world

Iran in a new negotiating position

The death toll from stampede in the US concert increased