Leonardo da Vinci was the first to create a globe depicting the Americas in 1504 from ostrich eggs.

Experts did not know the globe was the work of Da Vinci when it was discovered on June 16, 2012 at a map fair in London organized by the Royal Geographical Society. A Dutch merchant tried to sell the globe as a 19th century antiquity. The man later testified that he bought the globe the same day from a colleague. Therefore, the origin of the item remains a mystery.

The globe is made from two halves of an ostrich eggshell joined together. The counterweight is placed inside the lower half of the shell to keep the globe upright. The globe has a diameter of 11.2 cm and weighs only 134 g. The surface map of the object shows ships, volcanoes, sailors, a monster, ocean waves, spike mountains, rivers and many other elements along with place names.

Researcher Stefaan Missinne, who was lucky to buy the globe, concluded that this was Da Vinci’s work based on the fact that the famous Renaissance artist had sketched the globe in 1503 in the Codex notebook. Arundel.

According to the researchers, both the details on the map and the carving (created by a left-handed person) point to Da Vinci as the author. Maps of the globe use an inverted perspective, and Da Vinci was the first to give an example of this. In addition, on page 331 of the Codex Atlanticus 1504 notebook, Da Vinci writes: el mio mappamondo che ha Giovanni Benci (my globe has Giovanni Benci), proving that he created a globe. Today, this is not only the oldest carved globe in the world, but also the oldest globe about the Americas.

Researchers believe that the globe made of ostrich eggs is the model for Da Vinci to create the Hunt-Lenox globe, also born in 1504. This bronze globe has a diameter of 11.2 cm and a circumference 34.5 cm, currently kept at the New York Community Library.

While receiving the bride, the groom suddenly turned back inside, his action then made his mother-in-law burst into tears 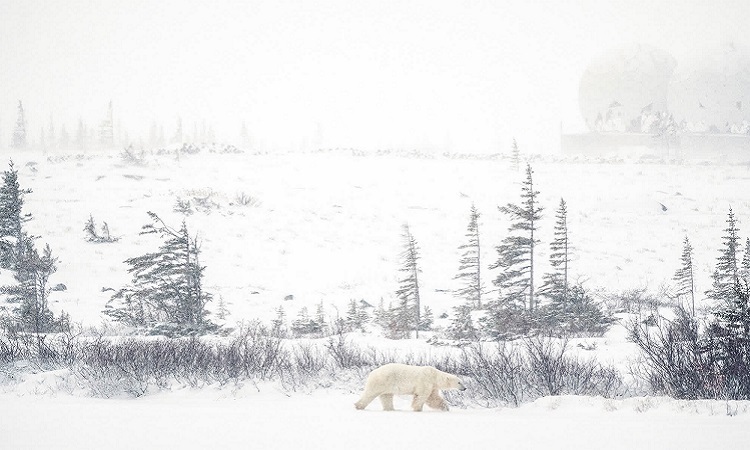 Life in the polar bear capital