virtueStriker Robert Lewandowski helped Bayern beat Benfica 5-2 in the fourth round of Group E Champions League on the evening of November 2.

At the Allianz home ground, Bayern won 33 of the last 35 matches in the Champions League (draw 1, lose 1). They scored in all those games. In contrast, Benfica has never won a match when facing the giants of German football (draw 3, lose 9). In six times as Bayern’s guests, they all lost, conceding 24 goals – four times more than the number of goals scored.

And in Lewandowski’s 100th game in the Champions League, Benfica was turned into a “tribute”. The whole match, the away team hit 7 shots with 2 of them on target – the same goals that shortened the score of midfielder Morato in the 38th minute and striker Darwin Nunez. Meanwhile, the corresponding number of the host shows complete superiority: 24 shots and 12 hits on target, in addition to 66% ball possession time.

In the 26th minute, Serge Gnabry swerved the ball on the right wing and then crossed the ball to the far corner for Lewandowski to head into the empty net, opening the score for the home team. Six minutes later, the Polish striker reciprocated when he stretched to let Gnabry hit his heel to double the gap.

The score could have been increased had Lewandowski not missed the penalty at the end of the first half. After going to the touchline to review the VAR, referee Szymon Marciniak determined Lucas Verissimo let the ball touch his hand in the penalty area after Leon Goretzka’s shot, and awarded a penalty to Bayern. On the 11th point, Lewandowski shot with a flute foot, bringing the ball to the center of the goal, but was caught by goalkeeper Vlachodimos.

But Lewandowski did not have to regret it for too long. In the 61st minute, Leroy Sane crossed for Lewandowski to use his speed to pass former Milan player Soualiho Meite, and then the ball went over Vlachodimos’s head. The Polish striker completed his hat-trick in the 84th minute. Manuel Neuer crossed the line from his own half to let Lewandowski break the offside trap, controlling a beat before the tire crossed the corner.

Lewandowski is a bright candidate for the 2021 Ballon d’Or. Last year, the 33-year-old striker scored 46 goals in 35 appearances for Bayern in the Bundesliga and Champions League, to win the European Golden Shoe for the first time. This season, he scored 19 goals in 15 games in all competitions.

Bayern’s other goal against Benfica was scored by Sane. In the 49th minute, Alphonso Davies headed the wall to let the German midfielder catch the volley and send the ball diagonally. With 12 absolute points, Bayern soon won tickets to the knockout round of the Champions League. Meanwhile, Benfica lost second place in Group E to Barca – the team beat Dynamo Kyiv 1-0 in the match at the same time.

Pochettino: ‘Ligue I is more physically fit than the Premier League’ Lao assassins once faced PSG: "I will give everything for Laos national team" 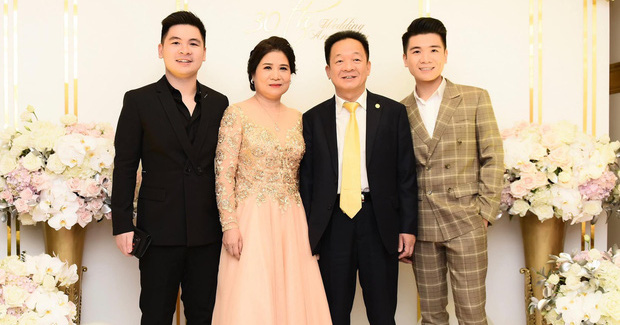 Bau Hien – How rich is the “tycoon” of Vietnamese football?