The 2021 Peugeot 5008 upgrades its appearance and adds some new equipment, and for the first time has the most expensive GT version with a selling price of VND 1,319 billion. The Allure standard version costs 1,219 billion VND.

The new version of Peugeot 5008 has the same design of the front end with two juniors 3008 and 2008. In which, the grille connects the headlights with horizontal bars with 3D effects. Position lights extend lion fangs.

The two versions of the 5008 have LED front and rear lighting systems, automatic headlights, height adjustment and widening of the projection angle when cornering. 18-inch wheels on the Allure and 19-inch GT versions. The overall design has not changed much compared to its predecessor.

The rear door and trunk glass design on Peugeot 5008 GT version is dark, double-layer front window glass. Except for these features, the two versions of the 5008 share the same exterior shape, equipment such as automatic wipers, rearview mirrors that adjust when reversing, electric folding, drying.

Peugeot 5008 cockpit retains the arrangement of details. Particularly, the central entertainment screen has been upgraded from 8 to 10 inches. Comes with a reduced price of 30 million VND on the Allure version, the car no longer has the feature of remembering the position in the driver’s seat, the speaker system is reduced from 10 to 6 speakers.

The more expensive GT version has a 2-position memory driver’s seat (an inherent feature in the old Allure version), heating, massage, and adjustment of the auxiliary seat from the second row. Besides the air quality control system, Alcantara leather interior is more advanced. Standard equipment on the car such as a sunroof, dual-zone air conditioning, one-touch glass doors, wireless charging.

The engine of the Peugeot 5008 remains the same as its predecessor, 1.6-liter turbocharged, with a capacity of 165 horsepower, maximum torque of 245 Nm. 6-speed automatic transmission, front-wheel drive. 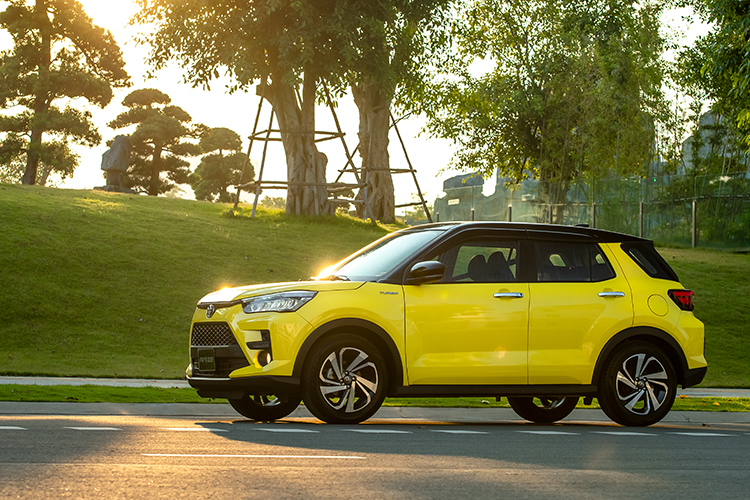 Is the 1.0 turbocharger on Toyota Raize weak?

A successful year of cooperation between Bridgestone and Toyota