Nikola Tesla hates war and he designed a “death ray” launcher in the hope of stopping the armies of countries from going to war, bringing peace.

Imagine a beam of energy that could bring down an airplane from miles away without resorting to anything special other than electricity. Imagine an invisible wall of energy protecting the nation from enemy invaders, acting like an electric fence that can “vaporize” enemy soldiers as soon as it is touched. It sounds like something that every military force wants to own.

This kind of “death ray” dream has inspired weapons developers for decades. However, there is one brilliant inventor who claims to have actually created it: Nikola Tesla.

Tesla was born in 1856 in what is now Croatia, where he studied engineering before immigrating to the United States. In the US, he worked for Thomas Edison for a while before becoming an inventor.

Many of Tesla’s inventions during this period were revolutionary. He mainly focuses on the improvement of systems that generate electrical energy and transmit electric current. In addition, he also made important discoveries in the field of radio technology.

But Tesla’s biggest dream is to find a way to transmit infinite energy directly through the air. During his life, Tesla tried to develop a number of devices capable of transmitting electricity wirelessly, but his research was significantly limited by lack of funds. However, in 1934, Tesla, then 78 years old, made a shocking claim that he had designed a device that could kill people from miles away with electricity.

Tesla called his invention the Teleforce. Although many people now know it as the “Tesla death ray”, he himself disagrees with this term when describing the Teleforce because the device does not transmit rays because a beam of energy will be dissipated in the air. .

Instead, Tesla’s invention focuses energy along a narrow band that, he says, makes it powerful enough to bring down planes from afar and kill people instantly.

Tesla says his invention can create an energy barrier that covers an entire country, destroying any enemies that pass through it. However, he hopes the applications of this invention will bring peace. By making it impossible for the militaries of different countries to attack each other, Tesla hopes to eliminate war altogether.

But Tesla’s lofty dream ran into a serious problem: No one financed the project. He approached the US government, the Soviet Union and the governments of many other countries, but no one provided any money for the initiative.

But one night in 1937, during a meeting at the Yugoslav Embassy, ​​Tesla announced to the audience that the Teleforce was not only possible but, in fact, he had successfully built it. Tesla plans to announce its invention in a few months.

However, the world didn’t get a chance to see it. Not long after, Tesla was hit by a car while crossing the street. He was severely injured and did not fully recover after that. In 1943, Tesla died at the age of 86 at the New Yorker Hotel, where he lived.

Upon receiving news of Tesla’s death, the US military quickly arrived at the hotel and searched the room to seize all the inventions they did not want other countries to have. But the US said it found nothing. The question is what happened to Teleforce.

It is possible that the US government secretly stored and studied “Tesla death rays”. Several similar devices were tested during the Cold War, possibly suggesting that they used his invention to develop further technologies.

But if Tesla did indeed create the “death ray” and no one took it, there are no clues as to where he put it. Nor is there any good reason to wonder why he never made it public.

The more likely explanation is that Tesla never actually made the “death ray”. He is said to have suffered from mental illness for most of his life. In the last years of his life, around the same time he announced his success with the “death ray”, Tesla’s condition was getting worse and worse. In fact, the “death ray” is not the only invention that he claims to have created but never announced.

In the 1930s, he frequently announced the creation of major inventions, such as the machine powered by cosmic radiation. But like death rays, if they existed, no one but Tesla had ever seen them. 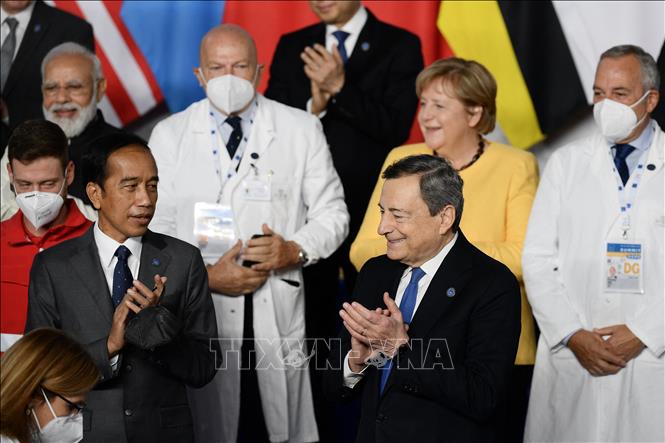 Indonesia begins the G20 Presidency in 2022

Prospects for a second-generation Covid-19 vaccine

A unique perfume that carries the scent of… fighter planes