Like most Indonesians, Mohamad saw a lot of plastic waste contaminating the land, oceans and rivers near his home in Pasuruan.

Despite being a problem, plastic waste is also needed by the Australian company he works for called Re>Pal, which is based in Indonesia.

The company works with scavengers in Indonesia who collect plastic from waterways for sale.

Re>Pal also collects plastic waste from other businesses and turns it into usable items, such as pallets.

Mohamad said the Re>Pal recycling initiative is a solution that can help reduce plastic waste in Indonesia and around the world.

Re>Pal is an example of an Indonesian and Australian business model that focuses on climate issues.

However, Marcus Goldstein, director of the company, said the potential for cooperation between the two countries has not been fully utilized.

“Progress between countries is definitely not as fast as it should be,” said Marcus.

“I think in that area we have failed: Australia could actually have done more and spent more time in Indonesia,” he continued.

This statement came after two international meetings, the G20 Summit and COP26 some time ago, which discussed policies related to climate change in Indonesia and Australia.

Australian Prime Minister Scott Morrison said Australia would commit to a goal of zero emissions by 2050, but the country’s approach to climate change is still under criticism.

However, what does a green economy mean and why does this term appear frequently in politicians’ speeches and statements?

There are a thousand meanings of questions green economy

Hal Hill, a professor of Southeast Asian economics at the Crawford School of Public Policy at the Australian National University (ANU), said it was difficult to come up with a precise definition for green economy collaboration.

“If there are a thousand people in a room, the green economy can be interpreted in 1,000 different ways,” he said.

“In general, the focus is on paying more serious attention to the environment. Right now that means trying to decarbonize the economy quickly, it’s one-dimensional.”

According to him, in a green economy, economic growth takes place by paying attention to the environment and in practice, companies use renewable resources and clean energy.

According to the United Nations Environment Program definition, green economy means low carbon, resource efficient and socially inclusive, as well as efforts that prevent the loss of biodiversity and ecosystems.

The term green economy also emerged at the 2015 COP21 summit, when Australia’s then foreign minister, Julie Bishop, delivered a speech discussing Australia’s transformation to a green economy, driven by solar and electric vehicle innovation in collaboration with Indonesia.

Since then, organizations across Australia and Indonesia such as Climate Works and the Global Green Growth Institute have established strategies for achieving a green economy.

But Professor Hal said governments and experts had been discussing a green economy for the past 50 years, before the term was used in agreements between Australia and Indonesia.

“This is not a new concept. People have been worried about all these issues, but they have become very important because of the irrefutable evidence of global warming,” he said.

“The general scientific consensus is, the world is facing a very serious climate problem, possibly a climate catastrophe, unless we can limit global warming to no more than 1.5 degrees (Celsius) so this is one of the most pressing issues facing the world today. this.”

That target may not be met as temperatures on Earth are expected to reach 1.5 degrees Celsius around 2030, according to a report released in August 2021 by the Intergovernmental Panel on Climate Change.

Indonesia and Australia’s dependence on coal is considered problematic by Peter McCawley, professor at the Australian National University.

“Indonesia and Australia are the number one and second coal exporting countries in the world… if there are countries that rely heavily on coal for their export needs, there must be a big dilemma in trying to be green (environmentally friendly).”

Australia did not sign a commitment involving dozens of countries at the COP26 conference, including Indonesia, to reduce the practice of generating electricity using coal.

The United States, India and China also did not sign it.

President Joko Widodo’s speech at the COP26 conference sparked controversy when he mentioned the rate of deforestation in Indonesia was lower than in the last 20 years.

Greenpeace Indonesia criticized the speech and said that since Jokowi became President in 2014, a forest area three and a half times the size of Bali has been destroyed.

Shortly after the criticism, the director of Greenpeace Indonesia was reported to the police on charges of spreading false news.

Professor Peter said that if the two countries really want to work together, Australia must take responsibility, especially regarding economic cooperation programs that involve support in the field of infrastructure development and foreign aid.

“It is difficult to run a cooperation program (between) Australia and Indonesia if there is no foreign aid that supports them,” said Peter.

“It’s helpful to have a plan and a commitment, (but) you can’t avoid money problems.”

“Everything will go back to understanding Indonesia’s priorities and seeing what we have in terms of capabilities, expertise, which then maybe goes along with that,” said Jennifer.

“That’s where success can be achieved, where there is harmony.”

Paul Bartlett is director of Catalysts, the organization tasked with implementing the IA-CEPA which took effect in July 2020.

He said there are many areas of mutually beneficial cooperation between Indonesia and Australia, including electric vehicles.

“Australia is a leading exporter of essential minerals and an expert in energy efficiency and technological solutions for renewable energy – all of which can contribute to Indonesia’s ambition to become a regional hub for electric vehicle manufacturing.”

A B C has contacted the Australian Department of Foreign Affairs for comment. 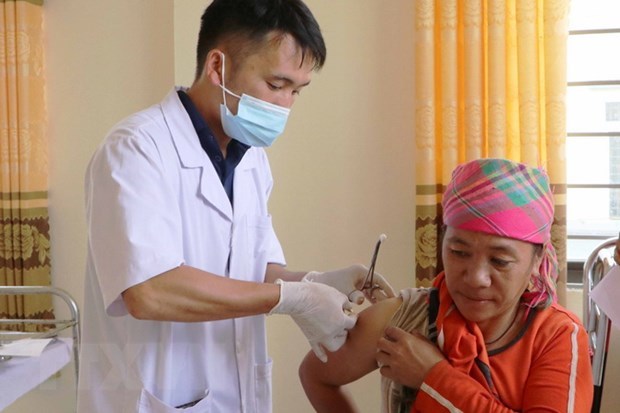 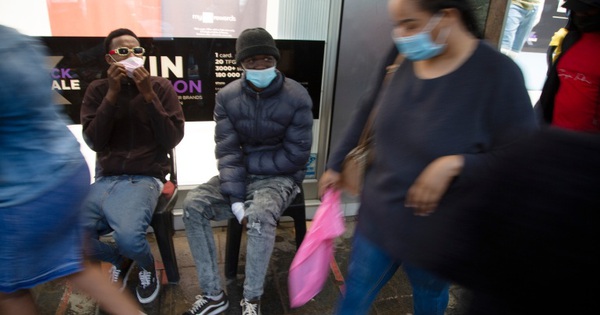 Being “isolated” because of the Omicron variant, African countries are angry