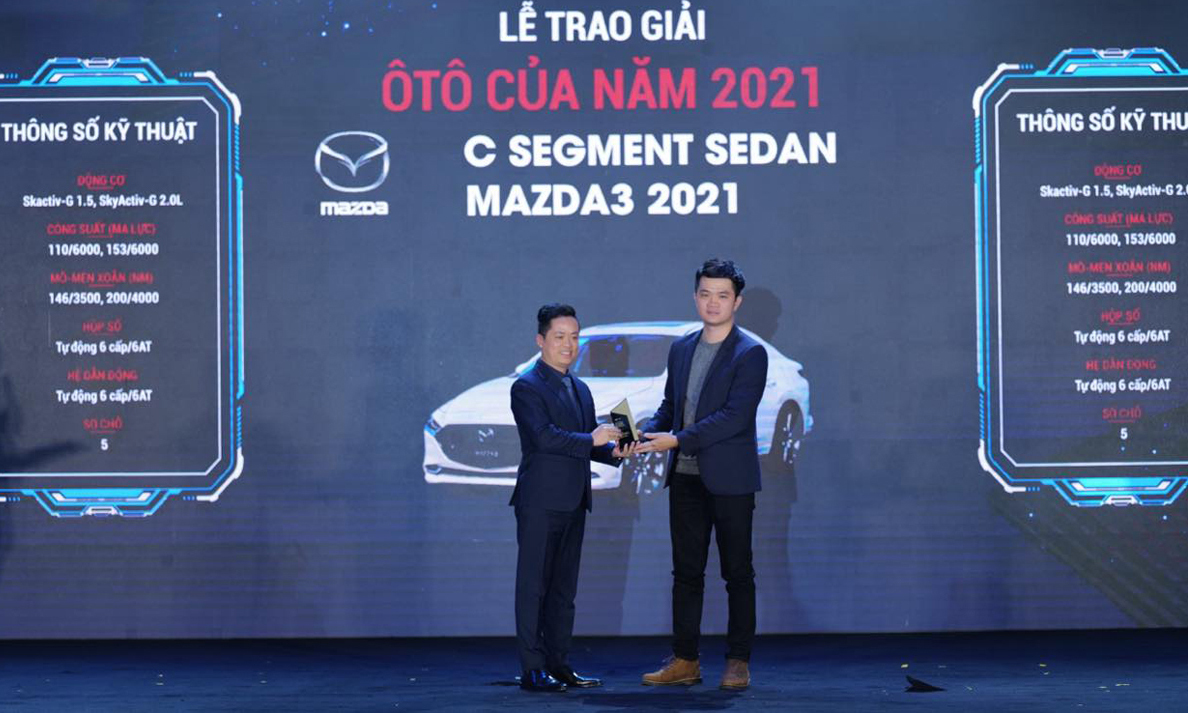 Sleek, well-equipped, Mazda3 overcame rivals to win the Car of the Year award with the highest score in the C-segment sedan segment.

In the 2021 Car of the Year award system, the C-size sedan is the most competitive segment. This segment has 5 models including Honda Civic, Toyota Altis, Mazda3, Kia K3 and Hyundai Elantra.

Civic, Mazda3 and K3 are three models that all have the same percentage of readers, while other segments are more different. And before the scoring ends, Mazda3 is the model that many readers believe will win in the end.

As many readers predicted, Mazda3 surpassed its competitors to win the Car of the Year in the C-segment sedan segment with a score of 74.85. Honda Civic followed closely with 74.49 points. K3 finished third with 72.53 points.

Mazda3 is one of the most prominent models of the Mazda brand with stable sales and growth in many markets, including demanding markets such as the US and Europe. In Vietnam, Mazda3 has long been recognized by the market as the standard car for the C-segment thanks to its Kodo design and special integration of many superior technologies compared to its competitors.

Kodo 2.0 design language inspired by the RX-Vision concept has removed all limitations of the old version. The curves are straightened, the lines are simpler and more seamless, like the LED light clusters with the large grille. Overall, the sedan school car and more refined.

The interior is more eye-catching when completely changing the style, developing horizontally. The air conditioning system and air vents form a small strip neatly placed right under the dashboard. While the central screen is upright towards the driver, the leveled dashboard creates visual depth, reducing boredom for the space below. Leather is used to the maximum, while minimizing plastic. The second row of seats has comfortable leg room, but the first row will feel a bit cramped for tall passengers. Some details seem to be inspired by luxury car manufacturers such as the folding door handle like on Porsche, while the key is square like that of Volvo.

The driving experience is enjoyable when the car is equipped with G-Vectoring Control (GVC) technology that actively supports speed and acceleration control, optimizing balance and body stability through cornering impact. steering, steering speed.

In Vietnam, Mazda3 is currently sold at a suggested price of VND 669-849 million.