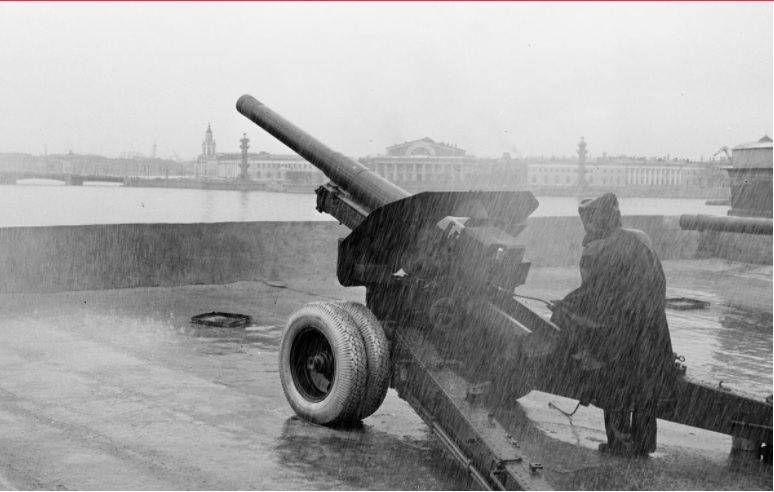 At twelve o’clock, a barrage of cannons rang out in the center of St. Petersburg. What is behind this ancient tradition and who created this signature ritual?

St. Petersburg, the cultural capital of northern Russia, takes great pride in the city’s traditions. Generations of people in St. Petersburg has always taken care to maintain customs and rituals dating back to the tsarist era. One of these was the mid-afternoon cannon firing from the Naryshkin Bastion in the Peter and Paul fortress complex, a ritual enshrined in the city’s charter adopted in 1998.

Visitors who happen to go to the fortress at 12 noon can be a little scared, because they do not understand what is happening if they are not updated with information in advance. The sound of cannons rang out, clearly audible from the Nevsky Prospekt. In good weather conditions, standing 5-10 km away can still hear the sound of firecrackers.

History begin: When building the city in 1703, Peter the Great ordered cannon fire from the Peter and Paul fortress every day, to mark the beginning and end of each day’s work. After Peter the Great died, this activity was also abolished.

The modern cannon firing ceremony in St. Petersburg originates from the Navy. In 1819, Admiral Alexis Greig introduced a regulation to fire cannons daily at Sevastopol, where the Black Sea Fleet was based, with the main purpose of synchronized time on clocks located in ships, ports and also church. Greig is the son of a naval officer and had studied naval in England.

Later, the idea was replicated in many other Russian port cities, especially Vladivostok and St. Petersburg. Particularly at St. Petersburg, a decree of the Admiralty stated that the first salvo was fired in 1865. At that time, shells were fired from a cannon located in the backyard of the city government building. In 1872, the cannon was transferred to Peter and Paul Fortress fortress, maintaining the noon cannon ritual to this day.

After the Russian Revolution of October 1917, cannons were fired only on occasion, usually on special days of great significance. By 1934, the Soviet government abolished the daily noon cannon ritual. But this tradition was restored again in 1957, when St. Petersburg celebrates the city’s 250th anniversary. This should have been done earlier, in 1953, but was pushed back due to the death of leader Joseph Stalin that year, accompanied by a period of “de-Stalinization”.

On June 23, 1957, the sound of cannons resounded from the Peter and Paul fortress at noon. From then on, it became a daily ritual. The honored guests of St. Petersburg was also sometimes invited to the fortress to fire its cannon. President Vladimir Putin once performed this ceremony on January 8, 2019. (Watch the video below. Source: Sputnik)

Procedure and etiquette for firing cannons: There are two cannons for “daily combat duty”, one for official fire, the other as a backup. Since 1957, authorities have changed some types of firecrackers specializing in this ritual. Currently, it is two 122mm cannons, one is a D-30 howitzer produced in 1968, the other is a D-30a howitzer, put into service in 1978.

Sometimes the ritual is performed with both howitzers firing simultaneously. It’s on special occasions, like national margin day, or for example, the founding of St. Petersburg. In 1987, there were 21 series of cannons sounded from Peter and Paul fortress, to welcome the return of Aurora yacht after the process of maintenance and upgrade.

At eleven o’clock, the operating officer will check the clock and begin the countdown. Two gunners, often former officers and employees of the St. Petersburg, will wear navy gear to perform the ceremony. The shells were obtained from the warehouse at the Naryshkin Bastion and usually the ammunition was made from smokeless or smoked gunpowder (for demonstration purposes). Fifteen minutes before firing, the gunners would be in position, no matter what the weather. The second grenade can also be loaded, in case the first one is fired.

Today, the midday cannonball ritual doesn’t just take place in St. Petersburg, but also in the neighboring city of Kronstadt, as well as two cities with a great naval history, Sevastopol and Vladivostok.