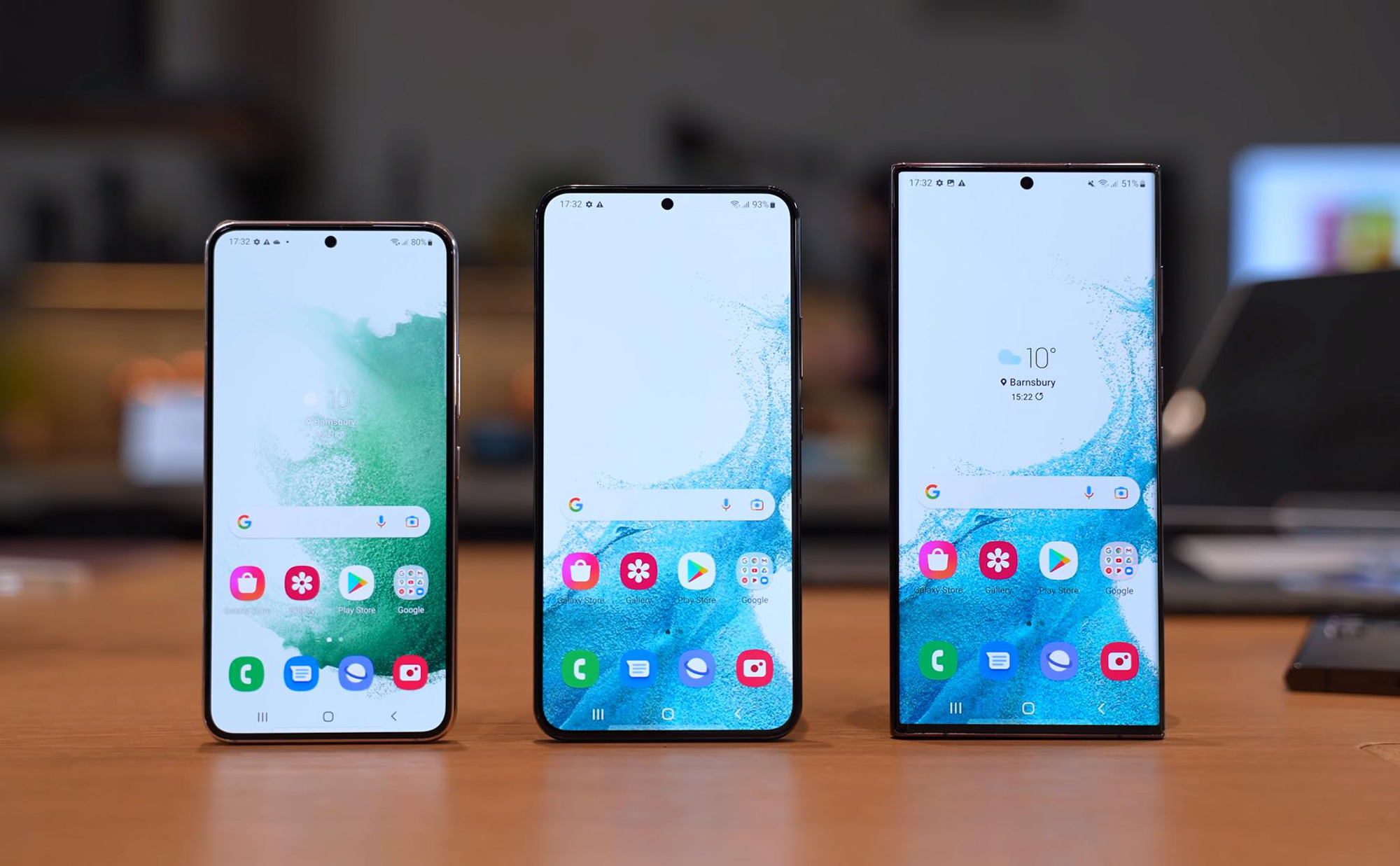 S22 series – a set of 3 Android devices that technology users are interested in.

According to recorded information from Vietnam Mobile system – Samsung Vietnam’s comprehensive partner, after more than a week of being open for sale, the purchasing power of the Galaxy S22 series has increased by about 30% compared to its predecessor generation and compared to the previous day. .First opened for sale, keep increasing 5-10% per day. Just on the last day of March 8th, there were nearly 200 S22 series products sold, thanks to the product’s intrinsic features, and a gift set of up to 6 million VND, attracting many S22 series buyers. Prizes increased sharply. 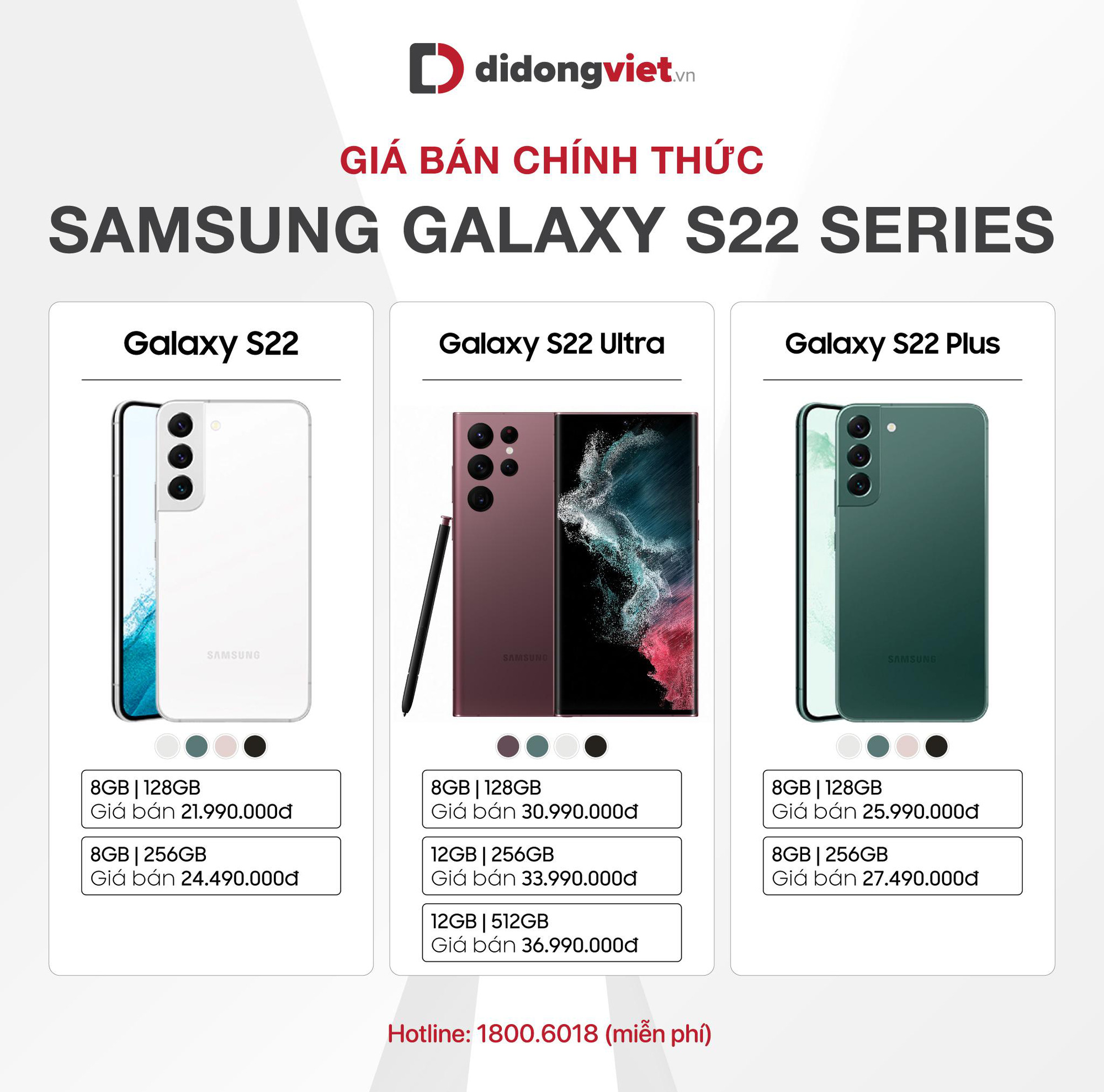 The official price list for the Samsung Galaxy S22 series on Vietnam Mobile.

Also according to an update from Vietnam Mobile, the Galaxy S22 Ultra product line accounts for about 45% of purchases thanks to the new generation of S-Pen, which is aimed at customers who love Galaxy Note; The S22 Plus model is a 30% increase compared to its predecessor Galaxy S thanks to the advantage of a larger size for a better experience and the Galaxy S22 accounts for about 25% of purchasing power thanks to the advantage of a large selection of light colors, powerful configurations to market to young people.

In addition, the S22 series is upgraded from display to specification to meet the needs of most users with a set of “dark eye” cameras with a rear camera of up to 50MP to help create beautiful images. processor from Qualcomm Snapdragon 8 Gen 1 chip delivers powerful performance in work and entertainment, integrated S – Pen pen brings convenience and speed in note-taking process. 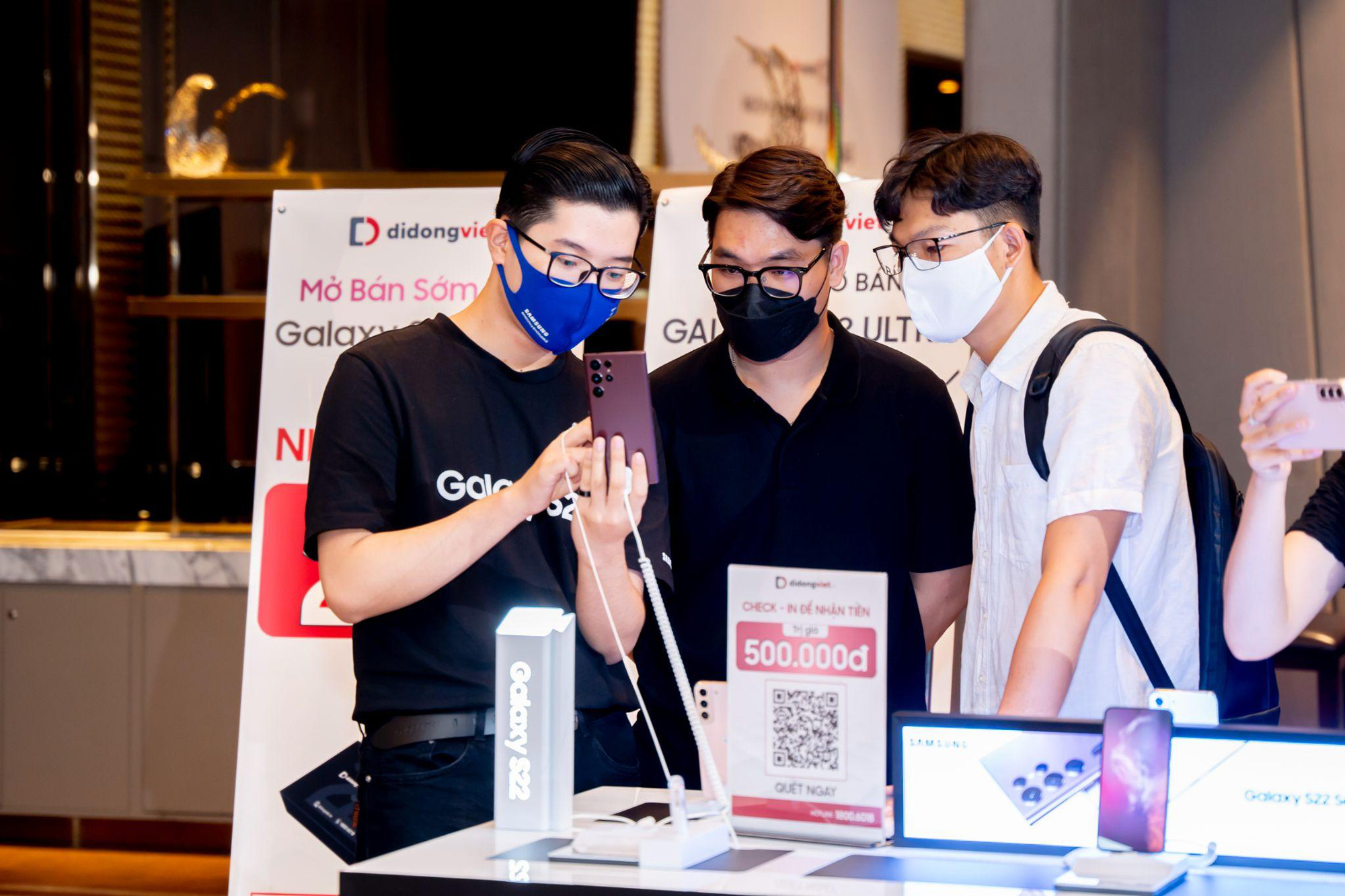 Even though it has been open for sale for 1 week, the Vietnam Mobile system still maintains a free offer worth up to 6 million VND, which is also the reason why the number of customers buying Galaxy S22 Series has increased significantly: 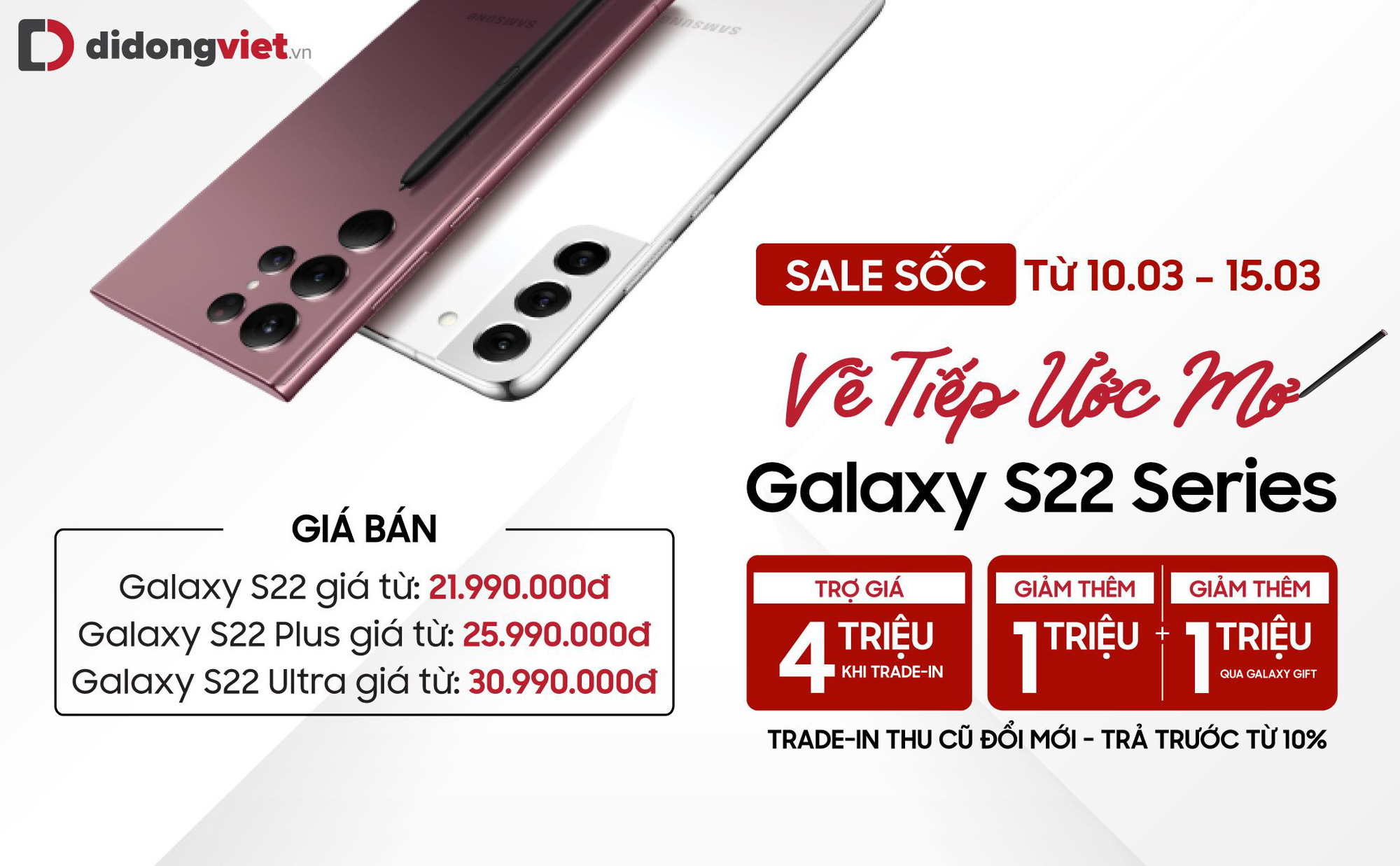 Promotion of the S22 series on Mobile Vietnam.

Customers who are interested in Galaxy S22 series products and special offers on Mobile Viet, please refer to: https://didongviet.vn/samsung-galaxy-s22

In order to meet users’ shopping needs, Mobile Viet also provides a purchase policy through installment payments with 0% interest, customers only need to pay VND 2.2 million in advance to be able to have the latest super product from Samsung. .

In addition, technology users can also participate in Trade-in to replace old and new products with attractive prices from old products. For example, if you want to Trade-In for the S22 Series (starting price of 21.99 million dong) of the Galaxy S21 Ultra (collected price of 14.07 million dong), plus a subsidy of up to 4 million dong from the sale offer, you will only be compensated around 4 million VND. Similar to the case of the Note 20 Ultra (priced at 11.99 million dong), it only needs to compensate for around 6 million dong.

With the advanced configuration, integrating many high-end features and attractive incentives, it is expected that in the coming period, the number of customers who buy the Galaxy S22 series will continue to increase sharply by 10-15%. 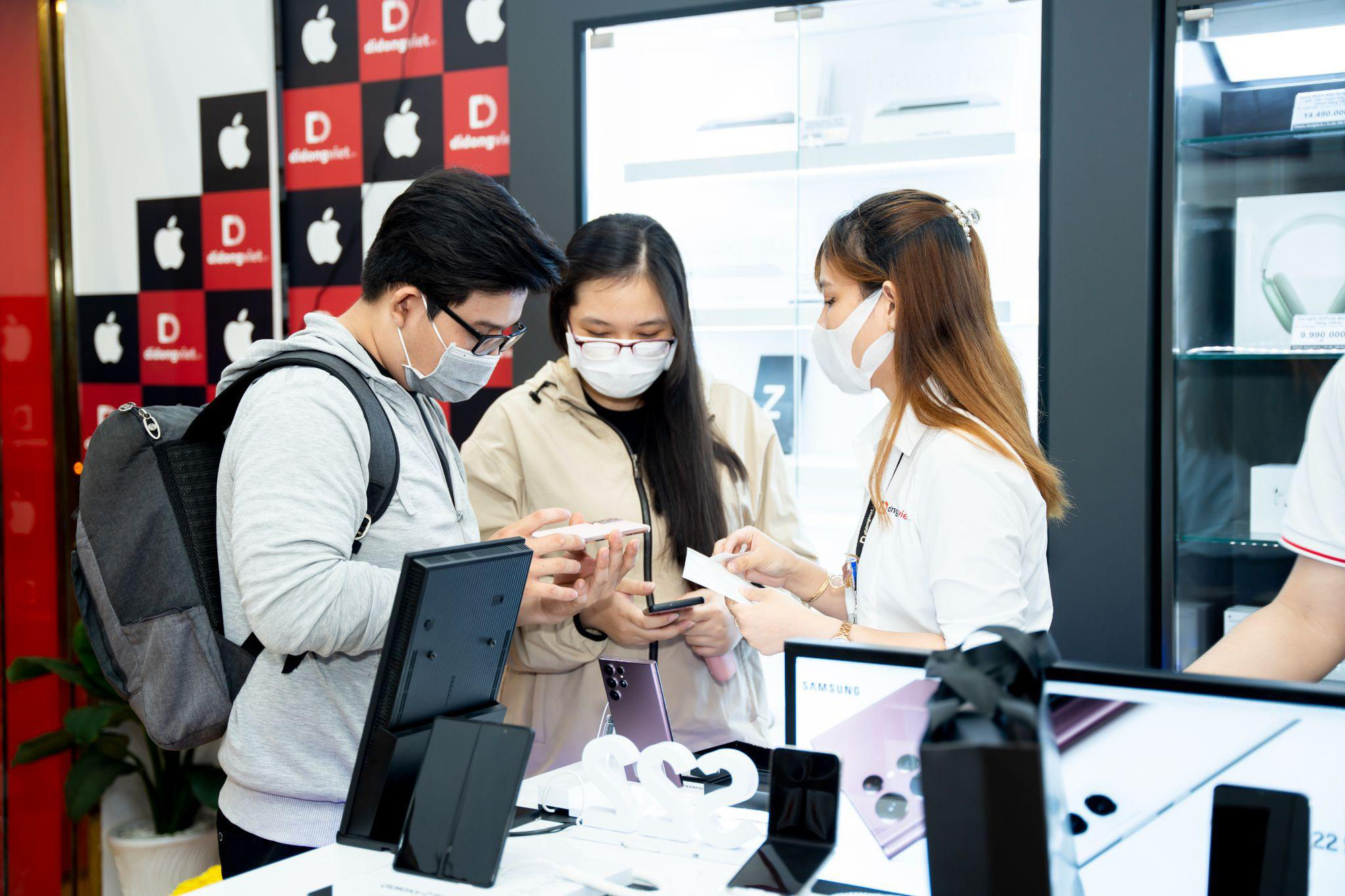 Mobile Viet is Samsung Vietnam’s comprehensive mobile retail system and partner with more than 15 years of age, 36 stores, 25 of which are independent stores in Ho Chi Minh City, Hanoi, Dong Nai, Binh Duong. and Da Nang, 11 Stores in MobiFone Stores – Viet Mobile. With good product quality, excellent after-sales policy, many attractive incentives, Mobile Viet is the choice of more than 500 celebrities and millions of customers. Readers can refer to the didongviet.vn website or call the free hotline 1800.6018. 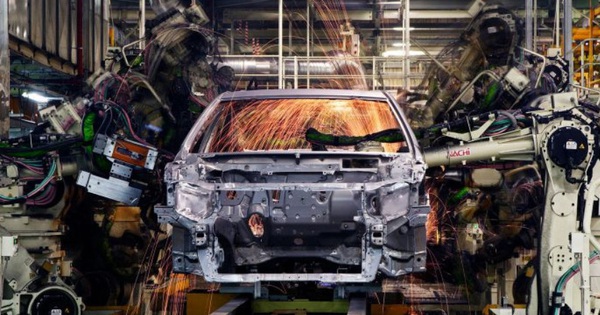 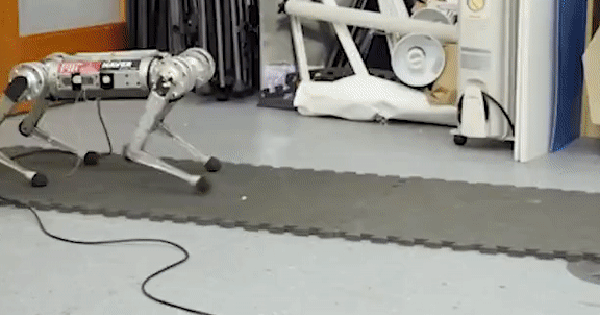 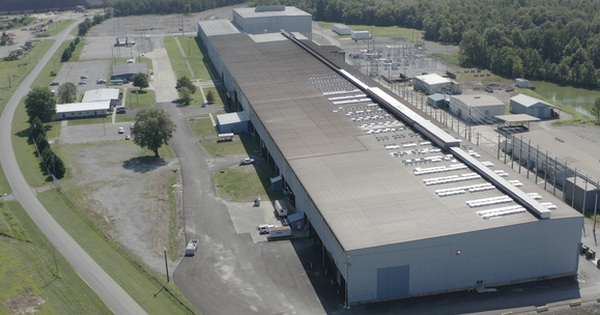 Banish Bitcoin – China’s ‘trillion dollar gift’ to the US 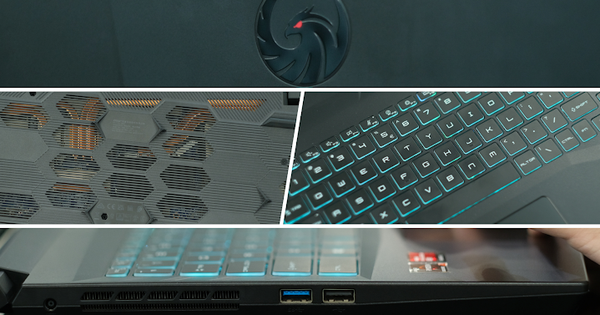