Although it is no longer the capital, but from the reign of King Gia Long (1802) to the reign of King Tu Duc (1883), Hoai Duc Palace was still a major economic center of the country with a system of wholesale markets, retail markets and many other establishments. handicraft production.

Busy trade, people from the provinces flocked to buy and sell, but Hoai Duc government did not have public toilets, anyone in need, hitchhiked or sterilized the vacant land or ponds interspersed in the areas. residential.

Pee to death the whole tree next to Dong Xuan market

Dense huts surround Sword Lake, the way down to the lake is alleys reeking of uncleanness and urine.

In the book A campaign in Tonkin (Une campagne au Tonkin – published in Paris in 1896) author Hocquard – doctor of the French expeditionary army to Hanoi in 1883 – described: “Dense huts surround Sword Lake, the way to the lake is small alleys reeking of uncleanness and urine. This city doesn’t have any public toilets.”

When the French occupied Hanoi in 1883, Ambassador Bonnal made a policy to renovate the area “36 streets” and build a new neighborhood in the south of Hoan Kiem Lake. But first he re-planned Sword Lake and vigorously implemented this plan.

In 1888, a part of Hoai Duc government became Hanoi city under French administration. To avoid the same name, in May 1902, the French government changed the name of Hanoi province to Cau Do province (in December 1904, it was changed to Ha Dong province).

Since the city of Hanoi was a French concession, the regulations of the Nguyen Dynasty were no longer valid. The city government, the Governor of Tonkin, the Governor General of Indochina issued many decrees to manage Hanoi like the country itself.

In 1889, the government built a fence to make Dong Xuan market, and brought traders in Cau Dong market here. Dong Xuan becomes the largest market in the North, goods do not lack anything and it is likened to the “stomach” of Hanoi.

Going to the market is not only Vietnamese but also the wives and children of French officers, soldiers, civil servants and public employees. Then the market was built with an iron frame, surrounded by a fence, but there was still no toilet, causing the Western women and girls to go to the market to scream loudly, so in 1891, the government built the first public toilet next to the market.

However, this toilet is only for the lagoon, not for Vietnamese women, so people call it “the lagoon toilet”. When there was a need, Vietnamese people sold goods in the market and shoppers did not have a place to go to the toilet, so they went to the back of the market (now the Cao Thang market area) to defecate behind a few large bamboo trees.

Perennial urine kills all the lignans. When the southeast wind blows, the strong smell of declarations enters the market, making both sellers and buyers unbearable, forcing the city government to build toilets for Vietnamese people.

On the streets, at this time, the government has straightened the roads, straightened the houses, forced every house to have a toilet, and the sewage drain that flows to the city’s common sewer system is also under construction.

To make Hanoi a civilized city, on March 29, 1892, the Governor of Hanoi issued a decree on public hygiene and highway order. house, unclog drains for water to flow, do not urinate. Horse-drawn carriages traveling on the street must have a cloth to support manure behind, not graze livestock, if violated, they will be punished “according to the Criminal Law of France”.

Along with the Decree, the city established the Highway Police to patrol every day to punish violators. However, because the city does not have public toilets, people still sneak into empty alleys on both sides of the road to defecate.

In the last years of the nineteenth century, the face of Hanoi had many changes, the streets were widened, there were sidewalks, the East Sword Lake formed an administrative area and many villas of French capitalists.

To make Hanoi civilized like Paris, on April 21, 1902, the City Council met and discussed the construction of public toilets on the streets and 3 planned locations around Sword Lake, but finally there was only one toilet built in 1903 on Paul Bert street (now public toilet 29 Hang Khay street).

Even on Tran Hung Dao Street in the late 20s of the 20th century, houses were sparse, but they still built toilets at the corner of Tran Hung Dao – Hang Bai. Every day, these toilets are cleaned and flushed by employees of the winning companies.

“I caught urinating” To Tich Street

In the first decade of the 20th century, Hanoi’s population was over 100,000, tourists from other provinces came back more, so there was still a situation of urinating in many streets.

To Tich Street (or To Tich) in the early 20s was a small street, the part adjacent to Hang Gai was still sparsely populated. Therefore, this is where people come to “pee” to steal. The unclean smell made the surrounding houses unbearable, they contributed money to hire a person who specializes in catching peepers called “pee catcher”.

When he caught someone who “peeed” badly, he handed them over to the police, but because there were too many, he couldn’t catch them. Before that situation, Mr. Ky Duong in To Tich Street had devised a plan. He built a small altar pretending to be a shrine to burn incense all day long, people who entered it intended to urinate and saw the smell of smoke and did not dare to go again, since then this junction has no longer urinated.

The city government has set up a team of “customs police”, this team is responsible for punishing prostitutes who work without a license, people who urinate, quarrel in public places, etc.

In the novel “Red Numbers” by Vu Trong Phung, there are two characters, Min De and Min Toa – these two French policemen every day wear shorts and go to the streets to punish people who urinate.

The government does not trust the Vietnamese police because someone has accepted bribes and then ignored the violations, so the “custom police” are mostly French.

Peeing during the subsidy period

After 1954, Hanoi’s population increased significantly, and many people from other provinces passed through Hanoi, but the city still did not have more public toilets.

In the post A Sunday newspaper New Times In 1956, the writer of Flowers, Live forever with the Capital Nguyen Huy Tuong complained about a “sloppy” Hanoi.

Urinating and urinating takes place behind a tree, the walls of the office are soaked with water on a hot summer day, and rusty iron poles. Passers-by could not bear to close their eyes and nose. People then joked that “where there is a sign prohibiting defecation, that place is allowed”.

During the subsidy period, there was an anecdote about the punishment for defecation, the story was that after drinking beer, he had a need, so he told his son to wait and then rushed into the place with the sign “Prohibit peeing”.

Just finished that pleasant job, he turned to see the brother on duty to tear the ticket, he happily gave 5 dime, but the man on duty did not have change to return, so he said “stop let my nephew pee the note is enough 5 dimes”.

Also during the subsidy period, the bomb shelter in Chi Linh flower garden (now Ly Thai To flower garden) was always full of unclean smell. Until today, many elderly people living on Hang Khay Street still cannot forget the reason why the banyan tree at the corner of the intersection of Hang Khay – Dinh Tien Hoang (now the location where the flower clock is located) died because of… flooding. urine.

However, as soon as there is a public toilet, people are also very ignorant, so every toilet has the slogan “Punch the right hole, pee in the right line“. There’s also a story about poetry in the toilet.

Today, although defecation has decreased in central areas or busy places, but it still happens every day in quiet places.

Mr. Nguyen Duc Chung, when he first became the city’s chairman, vowed to build 1,000 public toilets on the streets of Hanoi, but until he was arrested for corruption, there was still no toilet. Which birth was built.

Lack of toilets is an objective cause of indiscriminate urination, but the main cause is still due to people’s lack of awareness. 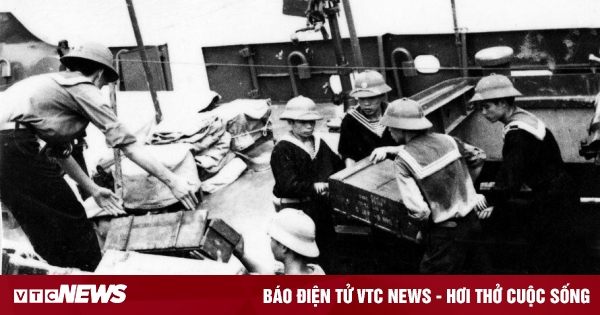