Breaking a child’s phone is an expression of a “authority” dealing with a “criminal” rather than a father and mother with their children.

A mother has just smashed her child’s phone when she discovered that her child was viewing and storing pornographic images. Everyone thinks it’s inappropriate, shouldn’t be, and doesn’t solve the problem. Exactly!

What we need to break is not the phone. And the important thing is that the child is not the culprit, the child is the victim if you know that there are many children out there just like yours.

The age of accessing black movies online is getting younger and younger. An 8-year-old child can already access black movies, especially in the current period when children have to study online. Moreover, those who produce and spread black movies without any means, surround our children, sophisticatedly “disguised” with quotes and links. My child, your child, not a single child is safe.

And breaking a child’s phone is an expression of a “authority” dealing with a “criminal” rather than a father and mother with their children.

Parents, don’t break your child’s phone, don’t push your child to the opposing side, confront but block the ability to have dialogue. Because my phone and myself are not the dark web!

So, what should we do when we catch our children watching the dark web and even addicted to the dark web? All instructions on google put step 1 as: “Parents calm down”. As a parent, I believe that no parent can stay calm when they see their child watching a black movie. So reactions like smashing the phone or putting the child on “Facebook status”, I can completely sympathize and understand. That’s the mother’s heart, that’s the father’s worry. But then it’s what we have to do that matters. Show your child that it’s not his fault for watching porn and apologize for his negative reaction.

1. Talk to your child about your feelings: Children need to understand their parents’ feelings. From understanding, the child can sympathize and forgive the parents’ initial lack of restraint. It helps to reduce the hurt inside me, so I don’t feel like it just made a big deal. Remember, a lot of kids out there are just like yours. But your kids will be different from other kids out there because they have parents as friends. So we sat together like this.

2. Harm of black film: I think many parents will not know and it is difficult to explain to their children about the harmful effects of black movies. We just say that black movies are bad, not okay, darkening your mind… Yes, but we can’t convince you. It’s like saying smoking is bad for your health, but how harmful it is is unspeakable. Especially children on the street still see thousands of people smoking. My relatives are also smoking, the 80-year-old man still smokes.

Black movies too. Does it cause you pain or illness? Does it also have an immediate effect like drugs or alcohol? So what is its real harm? There is a possibility that you will become addicted. The obvious manifestation is that the child is always tempted to watch black movies. And when addicted, you will depend on watching black movies continuously.

One more thing, you must understand that watching black movies makes you very distorted. It affects the way you later behave with the person you really love.

Addiction to black movies can cause your child to be shunned by friends, become more aggressive in the future, and make him no longer the child he is today. Tell me how wonderful I am, now, when I am not addicted to black movies.

3. And finally, let’s learn how to say no to black movies if you later encounter by distinguishing links or websites you go to. You can search for different applications on the internet that are dedicated to helping your child block bad, malicious websites. Help your child find useful websites, interesting movies to help them understand better, healthier entertainment.

Show your child what he wants to be instead of what you want him to be. Don’t draw a pattern and force your child to follow it. Let’s build a pattern with your child’s wishes, his imagination. That’s the most important thing we’ll do together after this conversation.

This woman with 8 points is uglier and stronger, the latter is easy to surprise

On the left is a gentleman, on the right is the god of wealth, soon the gold coins are full of safes

What happens if you breathe through your mouth instead of your nose? 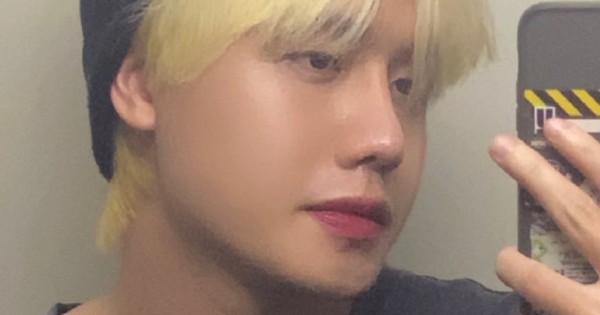