In the blink of an eye, former police officer Vu Quy Lam swapped fake red books to take away the real red book of the landowner, then transferred the land, earning tens of billions of dong.

According to the case file, due to needing money to eat and spend and use it for personal purposes, from 2018 – 2020, Vu Quy Lam (SN 1986, in Hai Duong, former police officer was dismissed) Conspiracy and accomplices to commit many property frauds of individuals and organizations in Hanoi to appropriate more than 22 billion VND.

Specifically, through real estate buying and selling websites such as chotot.com, batdongsan.com… Lam learns about the owner of the Land Use Right Certificate for sale.

Then he contacted, introduced himself as Hoang, pretended to be a land buyer and asked the owner to take a photo of the Land Use Right Certificate to forge.

In the process of approaching and taking advantage of the land owner’s premises, Lam swapped the fake red book that he had prepared in advance for the real red book of the owner.

After having the real red book, Lam discussed and assigned his accomplices to fake identity papers (ID card, household registration book…) of the land owner. The group took portrait photos and took fingerprints of the right and left index fingers of their accomplices and then combined them with the personal information of the land owner to fake the red book.

After that, the group of criminals pretending to be the landowner signed a transfer contract to another person for the purpose of appropriating money.

Allegedly, Lam also introduced himself as having the ability to borrow money at a low interest rate at a bank, in the form of a red book mortgage.

After the borrower gave Lam the red book, he discussed and assigned his accomplices to forge the identity papers of the land owner so that his accomplices could sign a contract to transfer the mortgage or authorize others to do so. purpose of taking money.

Using the above tricks, Lam and his accomplices fraudulently appropriated land use right certificates and money from 11 individuals (8 cases) and VPBank (3 cases).

Red book swap in the blink of an eye

Among the victims of Lam and his accomplices were Mrs. L.’s wife (SN 1966, in Tay Ho). In October 2019, Mrs. L. and her husband asked someone to sell a land plot of more than 200m2 in Long Bien district on Internet sites.

Lam introduced himself by name Hoang, came to meet and discuss with Mrs. L. about buying and selling land. To create trust, the scammer promises to buy the above land plot of Mrs. L. and her husband for 12 billion VND, promising to deposit a few days later.

After that, Lam and his accomplices forged the red book of the land of Mrs. L’s family. On October 28, 2019, Lam and a few people brought the fake red book back to Mrs. L’s house.

Taking advantage of the land owner’s loophole, in a flash, Lam swapped the original certificate of land use right and gave it back to Mrs. L. the fake red book.

Appropriating the red book of the couple L., Lam and his accomplices forged the household registration book, identity card… of the land owner to sign a transfer contract.

A man named T. then agreed to pledge the above land plot for 2 billion VND for 2 years (the land owner will transfer the land use right to the pledgee for 2 years). Mr. T. took the red book as a mortgage at MBBank to borrow VND7 billion.

Another victim of Lam and his accomplices is Mr. H. (in Hai Ba Trung, Hanoi). Mr. H. is the owner of a land plot of 102m2, in Long Bien district. Around August 2019, he asked someone to sell the land plot on Internet sites.

On January 10, 2020, Lam contacted and discussed with Mr. H. about wanting to buy the above land plot. After exchanging, Mr. H. agreed to sell Lam the land for more than 9.4 billion VND, agreed to deposit 150 million VND in advance and took a photo of the red book and sent it to Lam via Zalo message.

On January 21, 2020, Lam made an appointment to meet Mr. H. to measure the land and make a deposit. Taking advantage of Mr. H’s loophole, Lam swapped the original red book and gave it back to Mr. H. a pink cover sheet with the same characteristics and content as the original certificate of his land ownership.

After appropriating the red book of Mr. H., Lam pretended to be Mr. H., selling the land on the Internet.

At the end of January 2021, Ms. V. agreed to buy the above land plot for 5.6 billion VND. When Ms. V. brought the red book to the Hanoi Land Registration Office, Long Bien branch to carry out procedures, it was discovered that Mr. H (the owner) had an application to suspend the registration of land changes on the land. .

With his behavior, Lam was prosecuted by the police for fraud to appropriate property and forging seals and documents of agencies and organizations. But after committing the crime Lam ran away.

The police have issued a wanted decision, because Lam has not yet been arrested, it has decided to temporarily suspend the investigation of the accused against Lam.

Meanwhile, 11 of Lam’s accomplices were prosecuted for the same crimes. The case file has now been transferred to the Hanoi People’s Court, awaiting trial.

The 'vampire' star explodes once every 15 years, 'sucks blood' other stars

Bring 800 million to buy land to live in, this young couple was surprised by the increase in land prices after 2 years 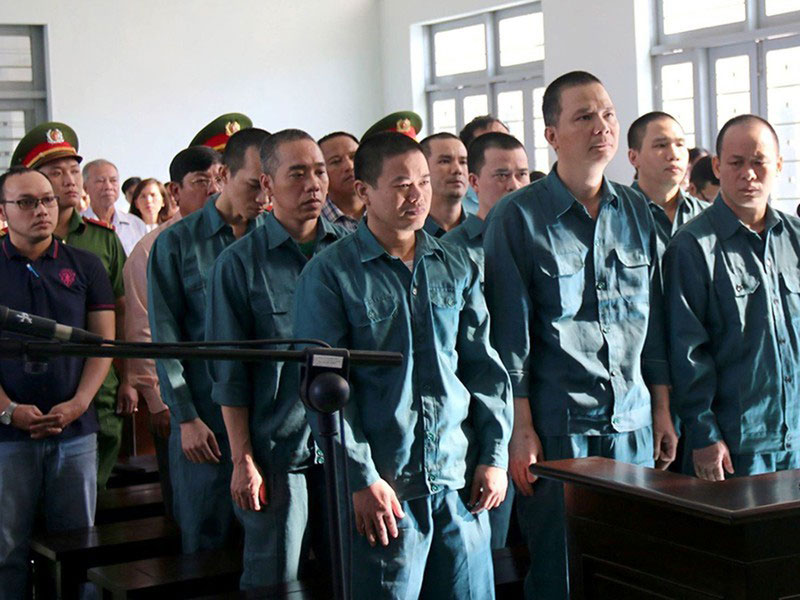 Prosecution of ‘boss’ for smuggling 136 million liters of petrol 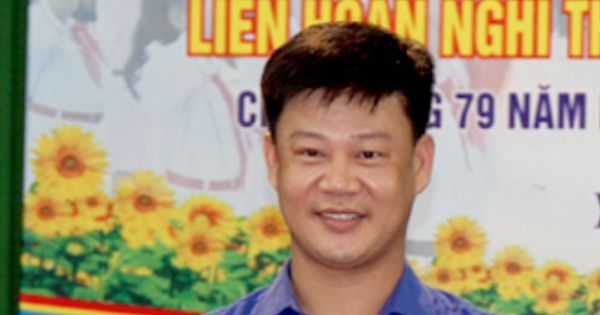 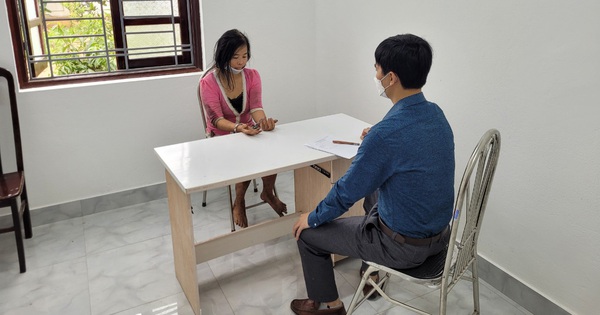