Joining the No Number train when the Ho Chi Minh road at sea was established for nearly 3 years, Mr. Vu Trung Tinh had 18 times participated in sea crossings to transport weapons for the battlefield. Joining the Zero Number train helped him better understand the history of this legendary road, and also left him with unforgettable memories during his participation in transporting weapons in the East Sea.

Veteran Vu Trung Tinh said that he studied at the Maritime Intermediate School from 1961-1963. In February 1964, when the Navy was recruiting, because he was a good swimmer, he was selected, then 2 months later, he was assigned to the 125th Brigade to carry out the task of transporting weapons to the southern battlefield on the Ho Chi Minh line at sea. .

At the 125th Brigade, Vu Trung Tinh was assigned to ship number 42, serving as a driver. The first sea voyage, ship 42 departed in June 1964 at K15 port in Do Son (Hai Phong), carrying 60 tons of weapons to be transferred to Vam Lung wharf (Ca Mau). During a week at sea, he encountered many enemy ships, but ship 42 managed to dodge. When approaching the shore, seeing the sparkling lights in a large area, people were startled to think it was the city. But when contacting Vam Lung wharf, it was determined that the place was safe, the other light was caused by fireflies luminescent in the mangrove forest.

“When the first shipment arrived at the wharf, the ship’s sailors and the people of the wharf put their arms around each other, indescribably happy”- CCB Vu Trung Tinh said. Then he said, here, the surprise for many members of ship 42 was meeting Mr. Bong Van Di, a legend in the East Sea, now present in Vam Lung to command the receipt of weapons here.

“After the sea route was established, Mr. Bong Van Di was a member of the first ship to transport weapons to the southern battlefield. At that time, on the night of October 12, 1962, the ship “Phuong Dong 1” with 10 sailors, under the command of Captain Le Van Mot and politician Bong Van Di, carrying more than 30 tons of weapons left K15 wharf. , so that on October 19, 1962, they arrived at Vam Lung wharf for safe delivery. The ship “Oriental 1” has gone down in history, officially opening our military transport route by sea.– Mr. Tinh said.

In November 1964, ship 42 continued to carry weapons to Vam Lung wharf. The ship had just departed from K15 wharf when the northeast monsoon swept down, causing many members of the ship to be affected. Fortunately, after 5 days of moving the ship arrived safely. Here, Vu Trung Tinh had the opportunity to meet again Mr. Bong Van Di. Mr. Dia loved Vu Trung Tinh, so when he parted, he gave this young soldier an otter to bring to the North as a souvenir.

“I plan to bring the otter back to Hanoi Zoo to raise it. But when it came out, the ship encountered a strong storm, causing the otter to be affected by violent shaking and died. This makes me regret forever”- Mr. Tinh shared.

In February 1965, because one of our ships was exposed at Vung Ro wharf (Phu Yen), the route for transporting weapons in the East Sea in the old direction was blocked by the enemy. Faced with that situation, the Ministry of Defense directed the Navy, 125th Brigade to suspend operations for a while to find a new direction of transportation. This new direction goes on international waters, must pass through the waters of some Southeast Asian countries by astronomical navigation method, ie those responsible for the ship’s movement, especially the driver, must look at the sun. , moon, stars to determine the way. “This work is very important, because if it is not determined correctly, it will affect the ship’s journey, and more dangerously, the ship may fall into the shoal or enemy posts”- Mr. Vu Trung Tinh said.

Ship 42 was assigned the task of both transporting weapons and finding a safer new direction on this trip. To carry out this important task, elite members are selected from ships in the convoy to transfer to ship 42. As a former member, Vu Trung Tinh is considered a good driver and has good expertise. on astronomical should be kept ship.

After a period of preparation, on the night of October 15, 1965, ship 42 carried 60 tons of weapons, including 4 torpedoes (1 ton each) on the way. After a few days at sea, the ship stopped in Hainan (China), then turned ashore. But at this time, the American destroyer appeared and followed, while in the sky their planes also lowered their altitude to observe. Before the dangerous situation, the captain of the 42nd ship Nguyen Van Hard ordered his teammates to get ready to fight, in a bad situation, the ship might explode.

Seeing in the ship there was Luu Dinh Lung with a high nose similar to a foreigner, so Vu Trung Tinh proposed the idea for “West” to deceive the enemy. With the consent of Captain Hard, Luu Dinh Lung went up on deck to eat oranges and bananas, smoked aromatic cigarettes, and then threw cigarette butts into the air. The pilot, seeing this, was less suspicious, circling one more circle and then dropping the target. The destroyer that followed also moved away.

After escaping from the enemy’s pursuit, to prevent them from returning, ship 42 stopped and pretended to fish for a while. On the night of October 24, 1965, the ship entered Kien Vang Wharf to deliver goods. “Also since that trip to find a new direction, some of our ships have followed the route established by ship 42”- CCB Vu Trung Tinh said.

In July 1959, a shipping battalion was established, stationed at the mouth of the Gianh River (Quang Binh) with the name “Gianh River Fishing Group”.

In the early days, the train consisted of small convoys to penetrate the South, and although they had full numbers, to keep these ships a secret. No numbers were painted on the hulls, so they were known as collectively referred to as the No-Number vessel.

On October 23, 1961, the Ministry of Defense decided to establish the 759th Shipping Delegation, which was the core of the No. Number train, then became the 125th Brigade of the Vietnam People’s Navy.

Underground storm episode 18: Hai Trieu gets a gun to his head 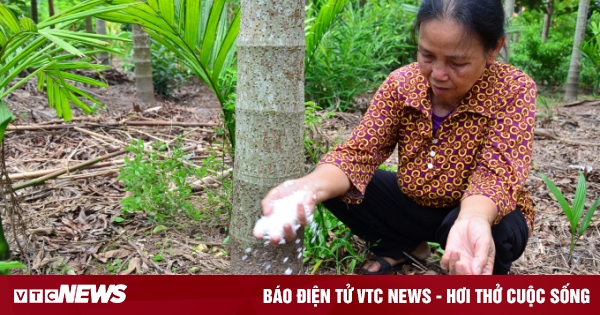 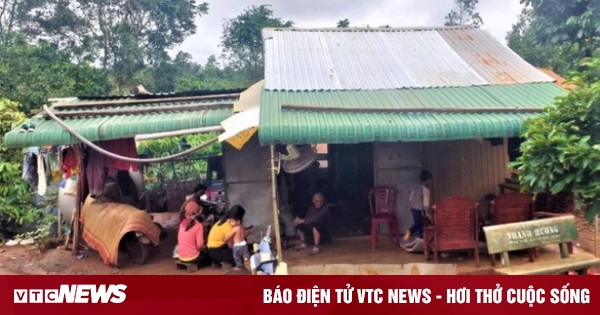 Debt in the spiral of interest and interest 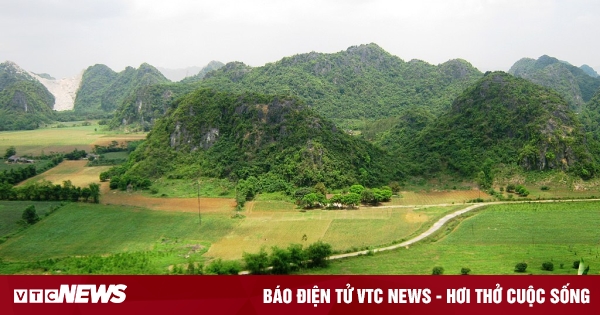