But now Hoang Hai Yen is a familiar name to the cosmetic business world of both Vietnam and Vietnam South Korea. Up to this point, Hai Yen has had 6 years of distributing Korean cosmetics in Vietnam. Many spas across Vietnam are using the products she distributes.

In 2013, Hoang Hai Yen, a girl of the 8X generation, decided to set foot in Korea with the sole goal of making money. But she didn’t know where to start. Everything has never been clearly shaped in her, especially since she has no capital, no business experience, nor can she speak Korean.

Female CEO shares difficulties and failures on the first day starting a business full of thorns in Korea.

Hoang Hai Yen shared: Before going to Korea, I plan to be determined to study and learn about the Korean lifestyle, that is how women do makeup, hairdo, etc. because I like their taste. through TV shows.

But then the reality when setting foot in Korea happened in a different way. I realize that the favorable factor here is Korean cosmetics, I “catch up” as soon as I realize that this country is very developed in cosmetics. But I don’t know where to start, while I am not knowledgeable about cosmetics, even I myself am a person who has never used cosmetics.

At that time, I went to department stores, bought retail and sent it back to Vietnam to resell. Then I realized that importing at retail prices and then reselling them is not very profitable. It took about 2-3 months to learn about how to import goods online, as well as follow a lot of social networking sites to find out what kind of cosmetics Koreans use. That’s when I realized they used Instagram a lot, but I wasn’t fluent in Korean.

Then just go to Instagram and type in anything related to cosmetics, then find out what Koreans sell and buy. In fact, when I go to Instagram, I only see famous hot girls in Gangnam, an area for the elite in Korea.

At that time, I just wanted to learn how they did business. At that time, she had only given birth for 9 months, had never attended any school, had nothing in her hands, only business blood flowing in her body.

From where I live, it takes about 1.5 hours to go to Gangnam by subway. In the morning, I take the train to Gangnam and then sit around at Starbucks from morning to night, just to watch people see how the elite in Gangnam do business, how they communicate.

Every day I sit here from morning to afternoon, continuously for about 2 months. In my mind at that time, I only saw admiration for the people of the upper class here, but did not understand how they made money.

By accident, I came across a table next to a CEO of a Korean cosmetic company introducing products to a customer. But the other customer did not like it because the price was too high.

I began to get acquainted and ask the question of “ask” for a cosmetic box to try. At that time, I also tried to pretend that I had money to help “home”. The other CEO immediately agreed and said “if you like it, just bring it home to try, if you feel like it, please contact us”.

After 2 days, I went to the company to meet them, but not to buy products, but to propose to be a distributor. I have to share that at that time, I was also somewhat despised by them because I had no money, my Korean was faltering, and I didn’t have any business experience and knowledge about cosmetics.

In general, they see themselves as an idiot. Even at that time, the CEO didn’t want to continue, but just let the staff out to talk. The company said that the condition to distribute the product is to deposit an amount equivalent to 1 billion Vietnam Dong, the minimum distribution revenue per month is 600 million Vietnamese Dong.

I’ve always had my own blood, I’m always confident, I never thought I wouldn’t be able to do it, so when someone gives me an opportunity, I have to seize it. Just accept as a distribution agent first and then how will the personality develop.

But after I received it, I was worried, how to turn 1 billion deposit for people, not to mention having to distribute at least 600 million in 1 month. 3 days later, I returned to the company and replied:

“It’s not that I don’t have 1 billion dong, but now I give you another better condition. I know for sure you don’t need money, what you need is product distribution. Deposit or not, I think is not important to you. So instead of distributing 600 million dong/month, set me a sales condition of 1 billion/month.

The company immediately agreed to my proposal without requiring a deposit of 1 billion VND.

To promote the product, I organized a certification seminar with the participation of Korean instructors, which attracted more than 100 spa owners in Vietnam in the first session. Although the first month’s sales only stopped at 600-800 million dong, the company was still satisfied with its efforts and continued to cooperate. Starting a 0-dong startup is like that, but it takes a lot of effort during the next few months.

I was very confident when starting a business and I always thought that I couldn’t fail, I could do everything well. I’m a person who doesn’t study much, but I think I have business acumen, always seizing the right opportunity at the right time. But I didn’t expect the difficulty I encountered was about the problem of the rules of the game.

Because I don’t understand the laws in the host country, I just thought it was enough to just distribute the products to them. The first year everything went smoothly, but in the second year I ran into a problem.

In the contract signed to extend the second year of product distribution, because they did not read the contract carefully and thought that the content must be the same as the old contract signed in the first year, they assumed that they signed it immediately. The problem was that the company added new terms that I didn’t notice.

The new terms are to increase product consumption to a minimum of VND 1.5 billion/month, the company is entitled to distribute products to other partners if it does not achieve sales in 1 month. They also did not directly tell me about these changes, but only said to read the terms carefully before signing.

That was a big shortcoming of mine, thinking that if I had succeeded, I was at the “upper door” so I didn’t need to read it. Then the unexpected came, my fatal mistake of not reading the contract carefully, so I had to pay the price.

When not achieving sales of 1.5 billion dong in a month, the partner immediately activated the terms signed in the contract and started distributing products to many other outlets for them to distribute in the Vietnamese market.

At that time, I thought that why Vietnamese people come here many people distribute cosmetics, but really not many people have great success. So I thought I would create my own brand, but how do I build a brand when I have only one body. One company told me that “you just distribute the product, tell us what you want and we will help you”.

I said “now I want to have a product line that even Koreans have to use, not just distributed in the Vietnamese market. I want all Instagram KOLs to also distribute my products. I also have a specific plan in mind, but I want to hear from you guys so I can learn.”

Then they draw me all kinds of processes in the sky and under the sea with detailed diagrams that I really don’t understand. Now to summarize, I will tell you my wish, hope you can help me to produce the best product, and I want you to connect me all the KOLs to distribute. my product. All routes will be decided by me, I will own the game, but I do not follow the model you suggest.

Then, my personal cosmetic brand was officially launched in October 2018, just two months later I received a call from the Culture – Economy department of Korea. They said they were the first to sell more than 400,000 products in just 2 months. This is a record and they would like to invite you to receive this certificate.

At that time, I asked again, does this degree mean anything? I don’t have money to buy prizes. They replied that this is a very prestigious economic degree, all the great figures in the business world will gather here to witness the award ceremony. And indeed, the day I received the certificate, I was really overwhelmed because I met all the famous people.

Luck continued to come to me when only about 2 weeks later, at the end of December 2018 I became the only Vietnamese woman to receive a degree awarded by the Korean National Assembly. I was really surprised at that time, I didn’t understand what I had done to get a degree. Think you have to pay them to get recognized. Turns out it’s not, it’s a recognition after they have authenticated and given it to me. It was also a stepping stone for me to be more confident in the future.

After seizing all opportunities and succeeding, I was the one who actively changed the rules of the game with Korean partners; Leaving aside all the so-called processes or KPIs like this and that, I force them to play their own way.

Many people tell me that “I don’t understand how you can be successful, you don’t do anything methodically, everything keeps getting messy”. I replied “that’s my personality, I like it like that. Business is a game for me, and I like it.”

Looking back on my past journey, I have to admit that a lot of what I have achieved stems from the confidence to dare to think and do. In other words, I “risked”. I “risked” right from the first day I entered the business path in Korea.

The above sharing of Hai Yen shows that she is always proactive. This is very important in business. This Vietnamese girl went even further when she bravely refused the model, regardless of the model, as long as there were results.

What she has experienced shows that Hai Yen not only relies on luck, success comes to her also because of intelligence and internal strength. Also, this girl never lost faith in herself. Hai Yen’s success shows that there is no universal model for success.

Dang Luan evaded taxes, Honey incense is like smoke and color about to fade, Duong Tu 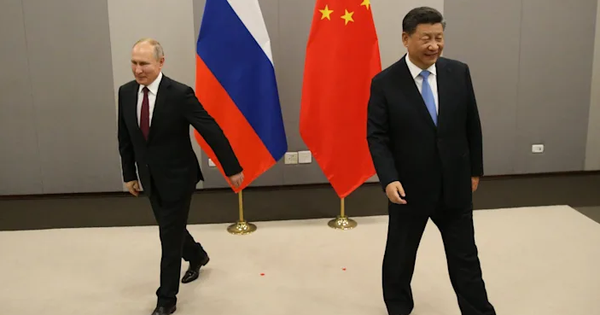 Not having time to avoid Russia’s “energy blow”, the EU is worried about China’s “new weapon” 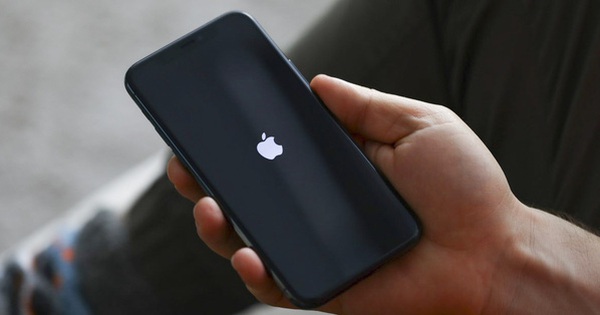 Detecting a series of serious vulnerabilities that cause iPhone to be hacked, users need to do this immediately to limit risks! 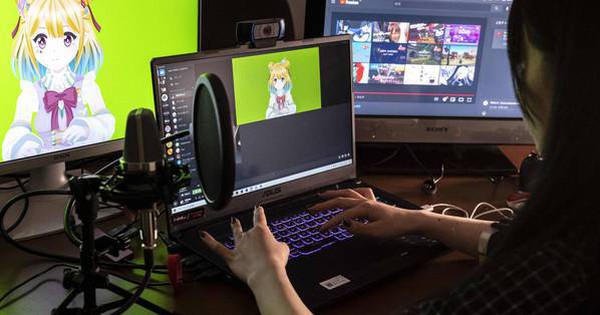 Hide your face but still watch over many worries 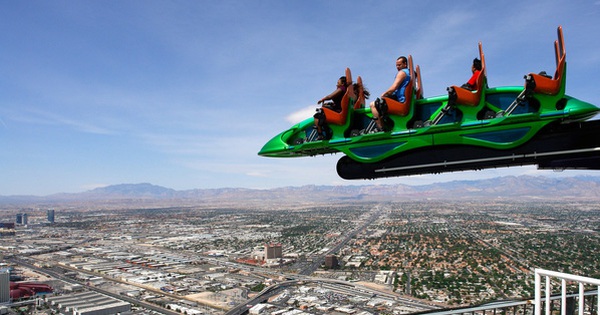