Driven by a crippling oil embargo in the 1970s, the US has created the world’s largest oil reserves. But in a world that is turning to renewable energy to combat climate change, its future becomes uncertain…

In late November 1973, the world was just beginning to feel the effects of the Yom Kippur War, a conflict between Israel and its neighbors Egypt and Syria.

To punish the US and other Western nations for aiding Israel in the war, the Organization of Arab Petroleum Exporting Countries (OAPEC) led by Saudi Arabia announced an oil embargo (cutting off sources of oil). oil supply) – causing the average price of imported crude oil to triple globally.

On November 25 of the same year, the crisis became so serious that then-US President Richard Nixon had to address the nation, asking people to lower their thermostats and limit driving. Sunday and little Christmas lights decoration.

In the years that followed, the United States pursued a policy of energy independence, in order to protect it from such crises in the future. One of the new policy initiatives is the creation of a Strategic Petroleum Reserve (SPR) – a reserve of crude oil that the US can tap into in an emergency.

How much oil is in the Strategic Petroleum Reserve?

The Strategic Petroleum Reserve (SPR), the world’s largest emergency crude oil storage/supply, has played a role in US energy policy for more than 40 years, a congressional report says. . 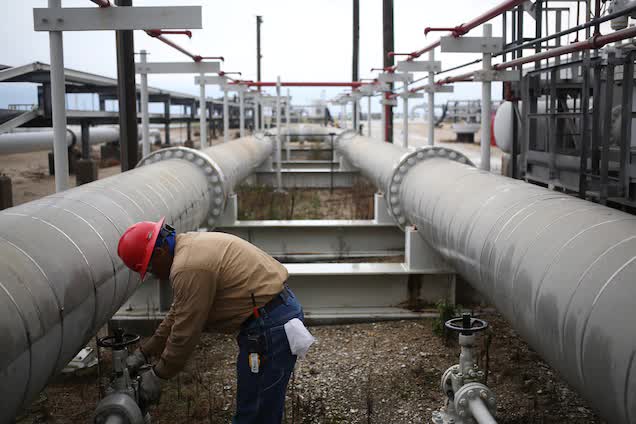 The Strategic Petroleum Reserve was established to protect the United States from severe disruptions to global oil supplies. The Strategic Petroleum Reserve is divided into four locations along the Gulf Coast of Texas and Louisiana — including the Bryan Mound facility in Freeport, Texas (snhr) — that holds up to 727 million barrels of crude oil. Photo: LUKE SHARRETT, BLOOMBERG, GETTY IMAGES

This warehouse is divided into 4 locations along the Gulf coast of Louisiana and Texas (USA). These locations were chosen for access to the maritime ports and pipelines needed to transport oil.

Oil is channeled deep underground for storageinto caves carved from salt domes, are considered the safest way to preserve oils for the environment because of their low permeability.

The most oil it has ever held in reserves – and what most of its current facilities can hold – is 727 million barrels as of December 2009. The reserves allow the country to respond to shortages. and try to stop them.

Most recently, the US said it would release 30 million barrels of crude oil to energy companies after Russia, one of the world’s top oil producers, launched a special military operation in Ukraine late last year. February 2022. In coordination with other world powers, this crude oil release is intended to stabilize the volatile oil market and ultimately bring down the skyrocketing gasoline prices amid concerns about shortages.

But many environmental advocates argue that relying on the Strategic Petroleum Reserve to manage crude shortages is only a deterrent. They think In the context of the growing climate crisis, the US should end its dependence on fossil fuels and turn to green energy sources.

Although Congress originally stipulated in 1975 that the Strategic Petroleum Reserve could hold up to 1 billion barrels, that capacity was never achieved.

For many years, the United States was required to maintain a certain level of oil in its Strategic Petroleum Reserve — the equivalent of 90 days of net imports — to meet its obligations to the International Energy Agency ( IEA) – Established in 1974 in response to the OAPEC oil embargo, the IEA coordinates the global release of oil among the 31 member states in the event of an emergency. 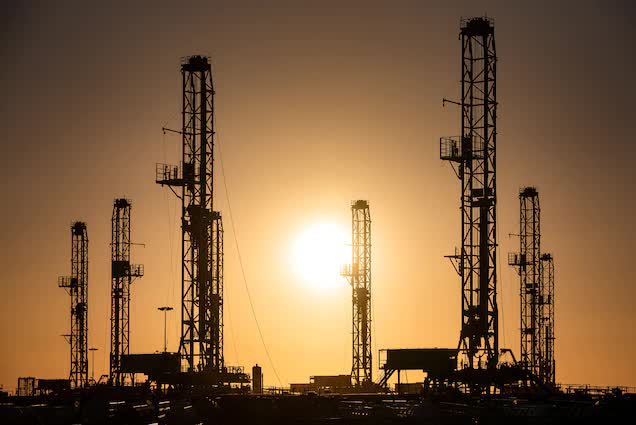 The sun rises behind oil rigs in storage on February 6, 2021, in Odessa, Texas. During the 1970s, the United States sought energy independence by investing in the oil industry. Photo: ELI HARTMAN via AP

The IEA has been criticized for systematically underestimating the role of renewable energy sources in future energy systems such as photovoltaics.

But the US no longer has to meet its oil stockpile requirement as of 2020, when it starts exporting more oil than it imports. That development is largely due to the rise of fracking — the high-pressure injection of water, chemicals, and sand into shale deposits to release trapped gas and oil.

How does the Strategic Petroleum Reserve work?

The Strategic Petroleum Reserve was originally created for emergencies – to be used amid severe disruptions in global oil supplies following the 1973 Oil Crisis.

So far, the US has only ordered emergency releases from the reserve three times: In 1991, when war broke out in the Persian Gulf during Operation Desert Storm, the US released 17.2 million barrels of oil. . In 2005, when Hurricane Katrina devastated oil production along the Gulf Coast, 20.8 million barrels were released. And in 2011, the US and IEA jointly provided 60 million barrels of oil when the civil war in Libya disrupted oil supplies.

Still, global emergencies are not the only reason the US is deploying its oil reserves. In addition, the US periodically conducts sales to private companies from the Strategic Petroleum Reserve to check readiness or improve revenue; And the country could also use its oil reserves to help private companies recover from smaller-scale disasters, such as extreme weather or shipping channel closures.

For example, after Hurricane Harvey in 2017, the US lent 5.2 million barrels of oil to Gulf Coast refineries to continue their operations. Called exchanges, these arrangements require the private company to exchange the oil it has borrowed, plus interest.

The Future of the Strategic Petroleum Reserve

As global efforts to reduce carbon emissions slow demand for oil, he noted that it is unclear how urgently the US needs oil supplies.

But the US isn’t expected to be a net exporter forever, and Strategic Petroleum Reserve advocates say there’s value in maintaining a stockpile of oil to help weather everything from price rising oil to war and instability around the globe.

As the world teeters on the brink of an energy crisis, they say it may be more necessary than ever.

However, environmentalists say the volatility of the global oil market is why the US should reduce its dependence on the Strategic Petroleum Reserve.

Here is the reason: The US consumes about 20 million barrels of crude oil per day – meaning the SPR could only last about a month if the US were cut off from all other oil sources. Instead of continuing to stockpile oil, environmentalists say the US should invest in electric cars and buses as well as other clean energy initiatives.

Prophecy for 12 animals in the new week of March 21 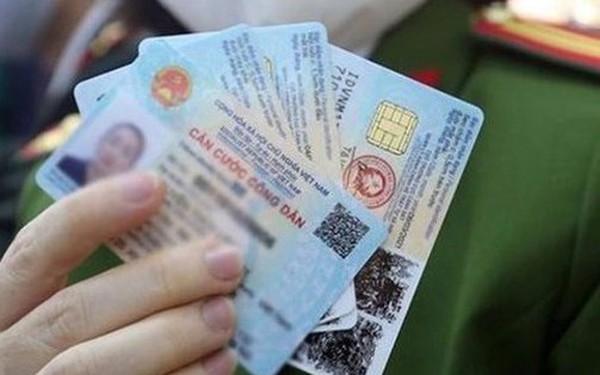 The age milestones need to change CCCD with chip, people need to remember 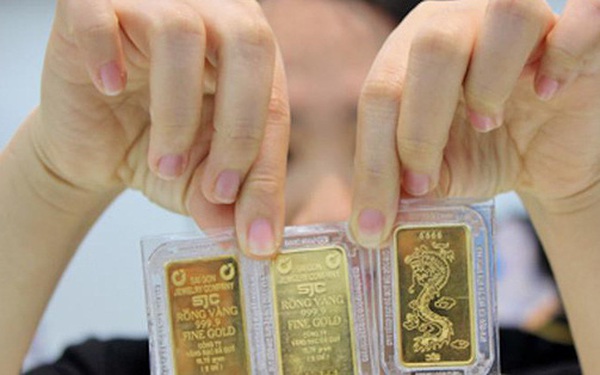 Domestic gold price continued to plunge, down another 1 million dong/tael 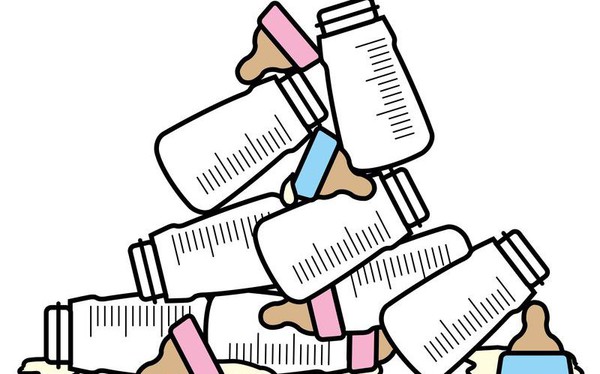 Parents ‘red eyes’ all day driving to buy milk for their children, the rate of out of stock has reached a record 90% 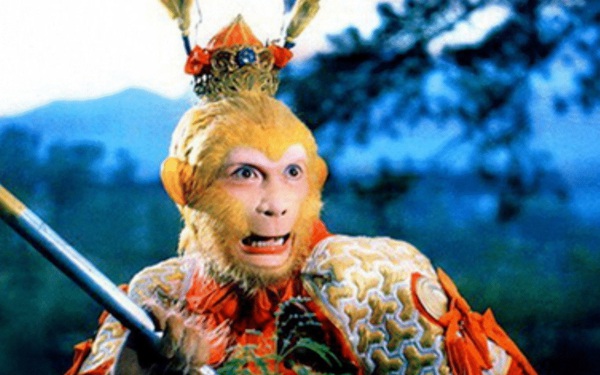