According to the statistics of the worldometers.info website, updated to 6 am on March 22 (Vietnam time), the total number of COVID-19 acute respiratory infections globally has reached 471,727,481 cases. , including 6,102,870 deaths.

After more than two years of response, many countries are actively adapting well to this new wave of epidemics and gradually returning to pre-pandemic life, treating COVID-19 as an endemic disease.

In the past few days, the number of cases has continued to decline globally, the “hottest” areas of the disease are located in Asia-America. However, more and more countries have announced that they will relax strict epidemic prevention measures.

According to the statistics of worldometers.info, as of 23:59 on March 21, countries of the Association of Southeast Asian Nations (ASEAN) recorded a total of over 24 million cases and 395,412 deaths. . On March 21, Vietnam had the highest number of new cases (over 131,000 cases) in the ASEAN region, while Indonesia also recorded the most deaths (154 cases).

The epidemic situation in Southeast Asia in the past few days has been complicated and there are big differences between countries. Epidemic developments in Indonesia, the Philippines and Vietnam are still tense compared to other countries.

The appearance of the super-infectious variant Omicron caused many Southeast Asian countries to sharply increase the number of cases. All ASEAN member countries have recorded Omicron infections. However, basically, countries are increasingly controlling the pandemic and the number of deaths is not too high.

The Korean government has tightened restrictions on entry from Vietnam. Accordingly, from April 1, all visitors from Vietnam entering South Korea will have to self-isolate for 7 days regardless of whether they have been vaccinated against COVID-19 or not.

The Vietnam News Agency correspondent in Seoul quoted the Korea Economic Daily as saying that the Korea Centers for Disease Control and Prevention (KCDC) on March 18 appointed Vietnam to be added to the list of “countries with enhanced control of disease”. epidemic”, along with Ukraine and Myanmar. Meanwhile, South Korea lifted enhanced quarantine measures for travelers from Pakistan and Uzbekistan.

According to the new regulations, from April 1, people entering Korea from Vietnam will not be entitled to an exemption from quarantine upon entry for those who have completed vaccination against COVID-19, according to which they must comply with the regulations. Currently self-isolating for 7 days whether vaccinated or not. The rate of ticket sales on flights from Vietnam to Korea is only up to 60% of the total number of seats. Sales of new tickets for flights with reservations exceeding 60% will be suspended immediately.

In China, the Hong Kong Special Administrative Region plans to resume flights from nine countries, including the US and UK, from next April. The flight ban has been imposed since early January, when the Omicron variant first appeared in this special area. The Hong Kong government also decided to suspend the plan to carry out mandatory testing of the entire population after considering the opinions of experts.

In addition, the authorities announced a number of measures to ease social distancing in three phases from April 21, in the context of a decrease in the number of new COVID-19 cases in recent days. Accordingly, in the first phase, restaurants may be able to welcome customers to eat on-site after 18:00, the limit of gathering in crowded places is relaxed to 4 people. In phase 2, pubs, swimming pools and beaches… will be reopened.

However, at the above locations, customers still have to take the most basic prevention measures, including using the “Leave Home Safe” app and the “vaccine pass”. In-person teaching and learning will be resumed on April 19 at the earliest.

Shenzhen Technology Center, Guangdong Province, also decided to lift the week-long citywide blockade due to the epidemic situation being controlled. Under the new rules, the city will allow government agencies and companies to resume normal operations and production. Bus and train services have also resumed. The decision will take effect from March 21-27. The city government warned people not to gather in large numbers after the blockade measures were eased.

Meanwhile, in India, the number of new COVID-19 cases has fallen to the lowest level in more than a year, with 1,549 cases in the past 24 hours. Along with 31 new deaths recorded, India now has 516,510 deaths out of more than 43 million cases. However, the Indian Ministry of Health called on states to strengthen contact tracing measures due to concerns that the number of new cases increased again in some parts of Asia and Europe, including China and Italy.

In Israel, after a month of continuous decline, the infection rate and the number of new cases of COVID-19 are increasing again, raising concerns that the epidemic wave is at risk of resurgence. The announcement of the Israeli Ministry of Health said that the number of new COVID-19 cases recorded on March 21 was 12,869 cases, an increase of 5,070 cases compared to the previous day, bringing the total number of cases to 49,349 cases. At the same time, the R coefficient also increased to 1.23. A level above 1.0 indicates that the disease is spreading. However, the number of severe COVID-19 cases is still at a low level of 328, a slight increase compared to March 20.

In Europe, the COVID-19 epidemic is showing signs of heating up. French officials on March 21 said that in the past 7 days, the country recorded an average of nearly 90,000 new cases every day, an increase of 36% compared to a week ago when the government lifted most of the previous epidemic prevention measures. on the eve of the elections.

Specifically, on March 20, France recorded 81,283 new cases, according to which the average daily number of new cases in the past week stood at 89,002 cases, much higher than the average number of more than 60,000 new cases per day. a week before. The number of cases per 100,000 population is also at the highest level since February 18.

Meanwhile, the number of new hospital admissions fell by 1.7% from a week earlier and was the lowest drop since early February, showing previous positive trends in the current epidemic situation. risk of reversal.

In Germany, according to statistics from the Robert Koch Institute (RKI), the number of new COVID-19 cases has also tended to increase sharply in recent days, to an average of about 220,000 new infections per day in the past 7 days. the highest level since the beginning of the epidemic.

The results of a new study show that the CoronaV vaccine against COVID-19 made by Sinovac Biotech pharmaceutical company (China) is effective in preventing the risk of severe illness in children aged 3-5 years old if the child is in the same age group. This was given 2 doses.

Scientists studied 490,694 children who received 2 doses of the CoronaVac vaccine 28 days apart. The study was conducted in Chile at a time when Omicron was the dominant variant in the country from December 2021 to February 2022. The results showed that Sinovac’s vaccine was only 38% effective in protecting against SARS-CoV-2 virus in children aged 3-5 years old. In terms of preventing hospitalization and intensive care unit treatment, the vaccine was 64% and 69% effective, respectively.

This rate is significantly lower than the previous study of children aged 6-16 years who received this vaccine during an outbreak of disease caused by the Delta variant. In this study, the effectiveness of the CoronaVac vaccine in terms of prevention of infection, hospitalization, and risk of serious illness, was 74%, 91%, and 93%, respectively.

Two newly published research reports continue to provide evidence of the long-term effects of COVID-19 on cognitive ability months after illness. The reports, based on a “sustained COVID” syndrome research project led by the University of Cambridge, indicate that many patients with this syndrome are suffering “significant and measurable” injuries. ” on memory or concentration, even after mild illness.

Lucy Cheke, the author of the new reports, said that “prolonged COVID” syndrome has not yet received adequate attention. This syndrome needs more serious consideration and attention, cognitive problems being an important part of it.

The results reported are from the data of the project titled “COVID Disease and Cognitive Research” (COVCOG). The project brought together nearly 200 COVID-19 patients between late 2020 and early 2021 and compared them with a group of comparable size, demographics, and no infection.

According to the results, about two-thirds of people who became ill with COVID-19 developed persistent COVID symptoms (lasting more than 12 weeks from the date of testing positive for the SARS-CoV-2 virus). Among those infected with COVID-19, 78% had trouble concentrating, 69% had problems with brain fog, 68% had symptoms of forgetfulness, and about 40% had language difficulties such as speaking or writing. wrong.

The North welcomes cold air, it will be cold tomorrow 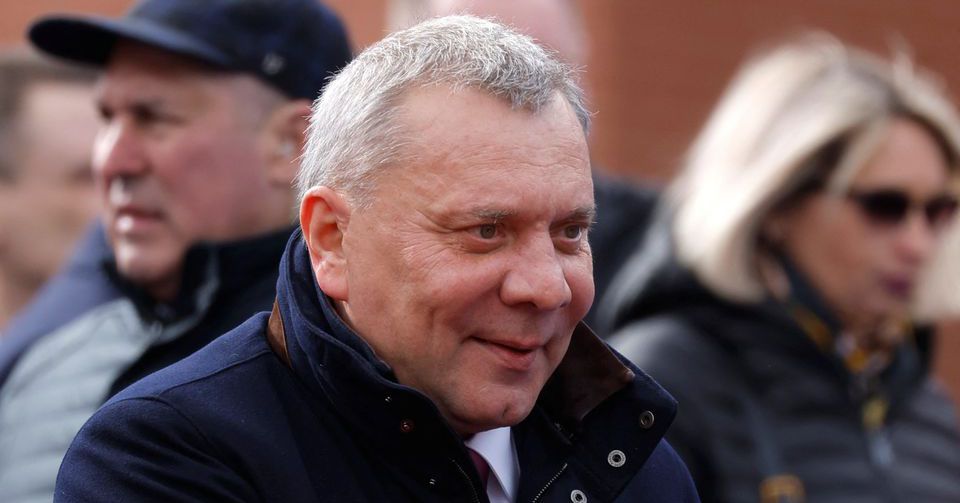 Going on a date in a luxurious place, Amazon’s billionaire lover “is embarrassed to nine faces” when revealing unusual details in sexy clothes 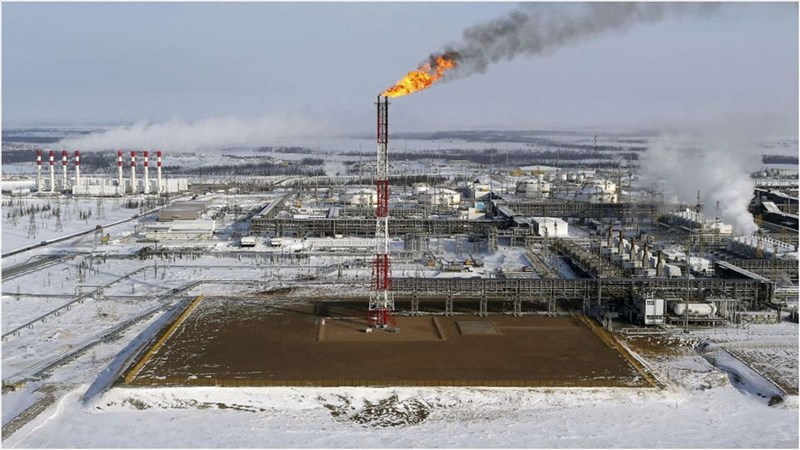 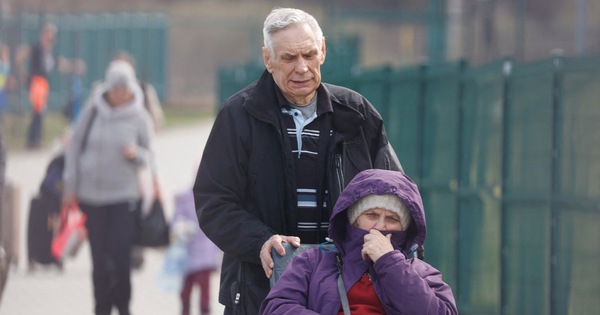 Russia, Ukraine jointly accuse each other of attacking civilians in each other’s territories