Newspaper The World & Vietnam Highlights of some outstanding international news of the day:

Russia will investigate the biology lab of America in Ukraine

Members of the Federation Council (Senate) of Russia will coordinate with the State Duma (lower house) of Russia to investigate the activities of US biological laboratories in Ukraine. This information was given by Grigory Karasin – Chairman of the Foreign Affairs Committee of the Russian Senate, in an interview with Mr. Sputnik.

The Russian Defense Ministry said that Washington has spent more than 200 million USD on the operation of biological laboratories in Ukraine as part of the US military biological program.

In addition, on March 22, Russian Deputy Foreign Minister Sergey Ryabkov said that Russia could not understand why the United States had prolonged the elimination of chemical weapons and then had not completely abolished them.

“We have repeatedly emphasized that we do not understand why the US has been so slow, deliberately delaying the destruction of its chemical arsenal even though it has all the resources available to do so: technology included. , finance and anything else,” emphasized the Russian Deputy Foreign Minister.

Ryabkov stressed that Russia completely destroyed its chemical weapons stockpile “under strict international supervision in 2017. This is an undeniable fact”. (Sputnik/TASS)

Kremlin spokesman Dmitry Peskov also stated that Russia does not intend to make its detailed demands on Ukraine public. (Reuters)

On March 21, when meeting with business representatives, US President Joe Biden assured that the US did not have biological and chemical weapons in Europe. At the same time, Ukraine does not have such facilities.

“There is reason for the Russian authorities to blame the United States and Ukraine, this is a clear sign that he (Russian President Vladimir Putin) is considering using both weapons,” the president said. Biden added. (Reuters)

The US announced that it wants to maintain relations with Russia

On March 22, US State Department spokesman Ned Price said that the US and Russia will maintain the operation of diplomatic missions in each country and will continue to keep the channels of de-confliction.

The US State Department spokesman pointed out that the establishment of tactical deconfliction channels with Russia is evidence that the US and Russia will remain in touch despite Washington’s efforts to isolate. Moscow on a global scale. (RT)

On March 21, Russian Human Rights Representative Tatyana Moskalkova and nine Russian servicemen were released by Ukraine in exchange for the release of Melitopol Mayor Ivan Fedorov.

This is the first prisoner exchange between the two sides since the outbreak of the Russia-Ukraine conflict, Moskalkova said. According to the previous statement of the Ukrainian side, the 9 Russian servicemen exchanged this time are all very young, all born between 2002 and 2003 and are conscripts of the Russian army.

It is known that President of Ukraine Volodymyr Zelensky presented the Medal to Mr. Ivan Fedorov for bravery. (Reuters)

Ukraine President: All agreements with Russia must go through a referendum

In an interview with the media of Ukraine, Britain and the Czech Republic on March 21, Ukrainian President Volodymyr Zelensky said that the format of compromise in negotiations between this country and Russia will be decided by referendum, especially by referendums. content related to ensuring security and status with the Donetsk and Luhansk territories in the Donbass as well as the Crimean peninsula issue.

“I explained to all the negotiating teams: When it comes to all these amendments – changes that can be historic, we will still have to hold a referendum in the end. People will have to speak up and give answers about certain formats of compromise,” Zelensky said.

The Ukrainian president also said that Kiev is ready to discuss the status of Crimea and the Donetsk and Luhansk territories in the Donbass after Russia and Ukraine reach a ceasefire. However, he also asserted that any agreement with Russia would have to go through a national referendum to get public confirmation. (Ukrinform)

US President travels to Europe, Ukraine is not the right destination

According to RT (Russia), at a press conference on March 21, when asked if the White House would consider Biden’s visit to Ukraine, Ms. Psaki replied: “We have not considered that possibility. “.

In a statement on Twitter, the White House press secretary also confirmed that President Biden has no plans to go to Ukraine.

The White House has revealed the reasoning behind President Biden’s decision not to enter a war zone.

Specifically, Ms. Psaki said that for any president, entering a war zone is not only a security consideration, but also requires a large amount of resources on the ground. This is always an important factor.

“President Biden and the security team feel that he can have the most effective, impactful trip by convening meetings with NATO, G7, and EU leaders in Brussels to discuss maintaining maintain military, humanitarian and economic coordination. Along with that, the visit to Poland, Ukraine’s neighbor, also helped to talk about evacuation and other issues where we can help Ukraine together,” Psaki said. (Reuters)

Slovak Defense Minister Jaroslav Nad said that components of NATO’s Patriot air defense system, manufactured by the United States, began arriving in Slovakia on March 20 and will be deployed in the coming days.

This is seen as part of NATO’s efforts to strengthen the defense capabilities of the Eastern European member state, in response to the ongoing Russian military activity in Ukraine.

“The system will be temporarily deployed at Sliac Air Base. Further deployment areas are being considered … so the security umbrella will cover the largest possible part of the territory of Slovakia,” Nad wrote in a Facebook post. (Reuters)

The diplomat said that the so-called human rights issue in China raised by the US does not exist. Regardless of the restrictions the United States imposes on Chinese officials for one reason or another, it seriously violates the basic norms governing international relations and interferes in internal affairs. of China. China strongly opposes this.

On March 21, a China Eastern Airlines Boeing 737-800 plane crashed and crashed in a remote mountainous area in southern China while flying from Kunming to Guangzhou. The crash was China’s worst air disaster in more than a decade.

The cause of the crash is still unknown and authorities have not released any further information on casualties. According to the sheet China Youth Dailyinvestigators at the scene were faced with difficulties due to bad weather and terrain, and so far have not been able to locate the plane’s black box.

On the evening of March 21, relatives of passengers gathered at Guangzhou airport, waiting for news of their loved ones as authorities opened an investigation into the accident.

David Soucie, a former safety inspector at the US Federal Aviation Administration (FAA), said that because the crash happened so fast, it is very unlikely that anyone on board will survive, even difficult. leaving clear traces for identification. (Reuters)

Kishida said Tokyo’s position on finding a peace agreement has not changed and it opposes Moscow’s decision.

Earlier, on March 21, the Russian Foreign Ministry issued a statement saying that Moscow decided to withdraw from the process of negotiating a peace treaty with Tokyo in response to the sanctions that Japan imposed on Russia due to the sanctions. war in Ukraine.

In addition, Russia also suspended the application of visa-free status for Japanese citizens to the disputed islands, which Moscow calls the Southern Kurils, while Tokyo calls the Northern Territories, and withdrew from dialogue with Russia. Japan aims to establish joint economic activities in Southern Kuril. (Reuters)

Laos records the highest number of new COVID-19 cases ever 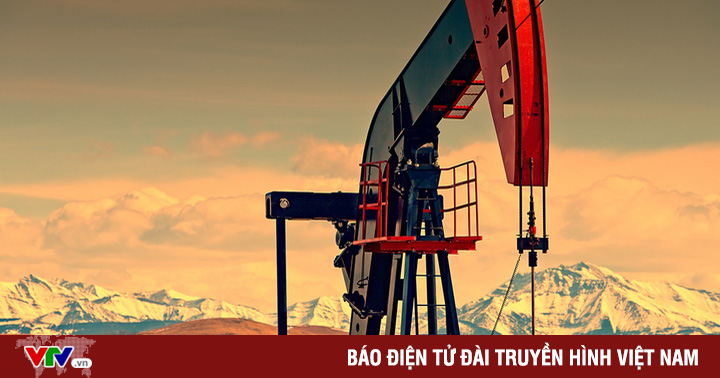 Parents committed suicide because their son was kidnapped, 23 years later, the eldest daughter dug the grave of her father to find her brother, finally a miracle appeared. 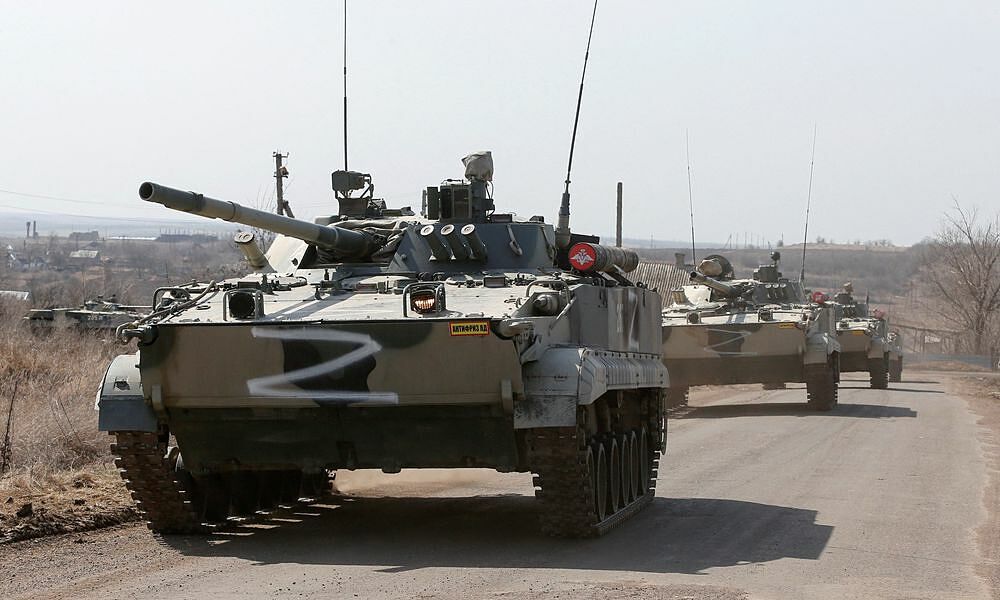 31st day of war in Ukraine: Russia strikes a series of targets with cruise missiles 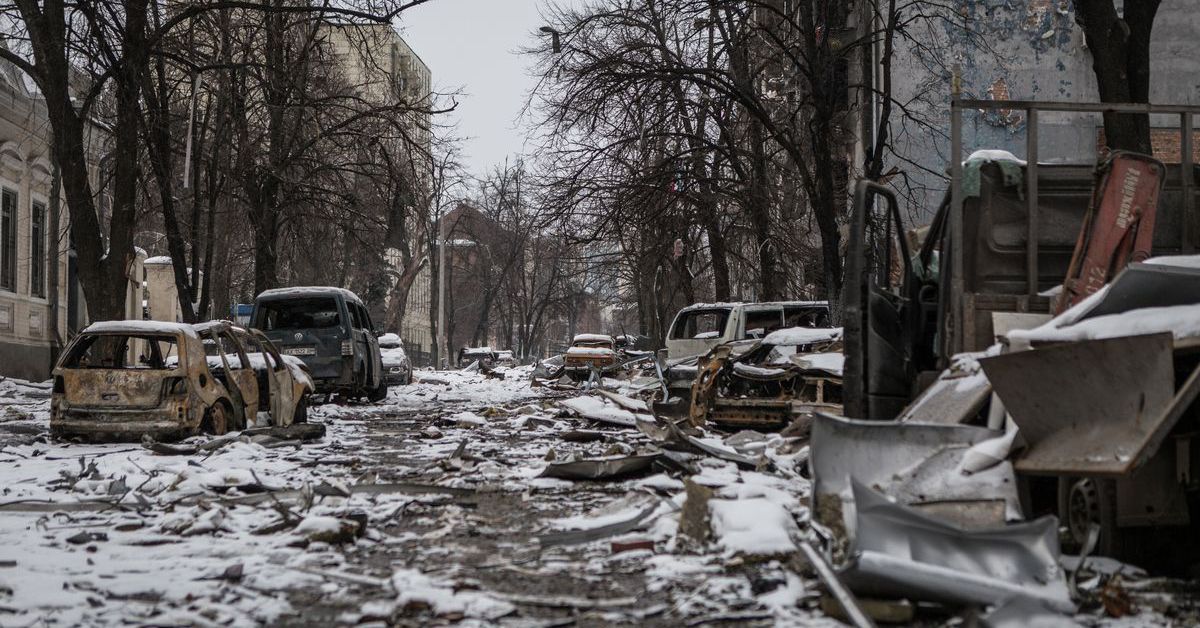