The country most affected by the epidemic COVID-19 still America with over 81.53 million cases and more than 1 million deaths. In the past day, the US recorded more than 10,400 people SARS-CoV-2 virus infection.

US officials on March 24 said that the COVID-19 epidemic was breaking out again in many areas in the Northeast of the country in the context of the pandemic. sub line BA.2 of the Omicron variant is currently the main cause of disease in this country. US officials are pressing Congress to approve new funding for COVID-19 prevention and treatment.

Currently, the US averages 28,600 new cases per day, much lower than the most recent peak of more than 800,000 cases per day in January. The number of deaths is currently at an average of about 900 cases/day.

An American epidemiologist recently criticized the country’s authorities for lifting restrictive measures to prevent the spread of COVID-19. Dr. Eric Feigl-Ding has warned that the world is on the verge of another wave of corona virus when closing testing centers in many states across the country. This epidemiologist believes that the more and more SARS-CoV-2 virus is detected in wastewater, in parallel with the increase of Deltacron hybrid variant in Europe. This may be an indicator of the danger that the US is preparing to face this threat. According to Feigl-Ding, testing sites provide health officials with data to predict large outbreaks and new variants in a way that rapid at-home tests cannot.

According to the GISAID database updating the results of SARS-CoV-2 gene sequencing, Deltacron has been detected in the UK and Europe, with about 30 infections in the UK, 36 in France, 8 in Denmark and Germany, Belgium and the Netherlands each recorded 1 case. Dr Maria Van Kerkhove, Technical Lead of WHO’s Epidemic Emergencies Division, recently warned that the Deltacron variant is likely to emerge more frequently in the next few weeks but is spreading “at a very low rate”. “.

At the world’s second largest COVID-19 epidemic center Indiaon February 24, the country recorded a total of over 43 million people with COVID-19, including more than 516,700 deaths from COVID-19 in this South Asian country.

In an article published on March 24 in India’s Financial Express online newspaper, the head of the Public Health Association of India (PHFI) K Srinath Reddy said that it is still not possible to consider COVID-19 as an endemic disease when but the SARS-CoV-2 virus has not yet reached a stable enough development form to predict the infectivity.

The SARS-CoV-2 virus will still exist, but whether COVID-19 has become an “endemic” disease will take time to answer. He took the case of India as an example. A leading scientist of the World Health Organization (WHO) in August 2021 said that India may be entering a stage when COVID-19 becomes an endemic disease. However, the subsequent outbreak of the wave of Omicron infections showed that that stage has not yet come.

Brazil Currently, it is the world’s 3rd largest epidemic hotspot with more than 658,000 COVID-19 patients not dying out of a total of over 29.72 million infected people in this country.

Netherlands has completely lifted the prevention measures against the COVID-19 epidemic. The decision was made in the context that the epidemic situation in this country has improved after peaking in January.

Accordingly, the country has removed the requirement to present COVID-19 related certificates for people attending a large event or going to a nightclub. Masks are also no longer required on public transport, and the recommendation to work remotely is no longer in effect. 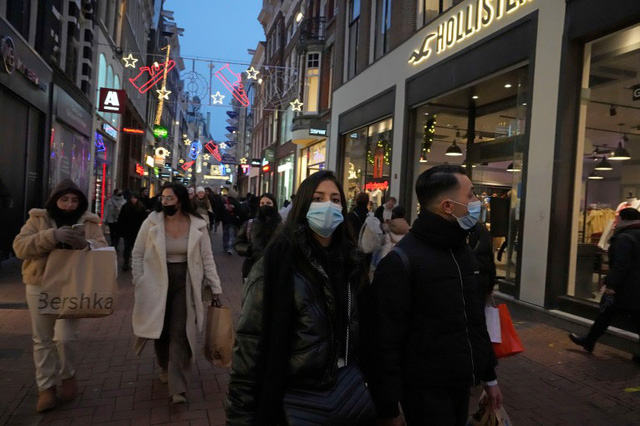 Because the COVID-19 epidemic is still not completely controlled, the Government Portugal announced the extension of the state of alert because of COVID-19 until April 18. Current epidemic prevention measures continue to remain in place, including wearing masks in closed public spaces, at health service facilities and on public transport. For those who have not received a booster shot of the COVID-19 vaccine, the condition to go to places in enclosed spaces and medical facilities is to have a negative test for SARS-CoV-2.

According to statistics, every 5 days, Portugal experiences a day with a record number of new cases of 11,000 cases, of which the Omicron variant dominates.

Poland On March 24, it was announced that it would lift most of the regulations on wearing masks and isolation. According to Polish Health Minister Adam Niedzielsky, wearing a mask will no longer be a mandatory requirement when entering enclosed spaces, all entering the country and those sharing a room with a person with COVID-19 will not be affected. required to self-isolate at home. These two regulations will apply from March 28, except for healthcare facilities.

The Polish Minister of Health also said that the migrant crisis related to the Russian-Ukrainian conflict has not increased the number of COVID-19 cases in Poland, although so far there have been more than 2 million refugees. spread to this country from 24/2.

From April 1, new border policies will be applied again almost before the epidemic in Singapore. Accordingly, most restrictions on travelers who have had enough COVID-19 vaccines will be lifted.

Specifically, from April 1, all travelers who have had enough vaccines and children aged 12 and under entering Singapore are not required to be isolated without having to travel on flights under the Vaccine Travel Lane. These travelers are also not required to have a rapid COVID-19 test on arrival, but only need to have a negative test result within 48 hours prior to departure. They also do not need to apply for a vaccine passport as before.

Ministry of Information Myanmar On March 24, it was announced that, according to the regulations on epidemic prevention and control of the COVID-19 epidemic of the Ministry of Health of this country, about 60 cinemas will be reopened from April 17, right on the occasion of Myanmar’s New Year.

The announcement was made in the context of a decrease in the number of COVID-19 cases in Myanmar in the past week. Myanmar’s Ministry of Information said that the reopening of cinemas aims to generate income for those in the film industry and cinema owners in the context that the epidemic is now under control. Myanmar’s cinemas have been closed since March 16, 2020 to prevent infections in crowded places.

On March 24, Prime Minister’s Office Laos announced, the first traditional New Year holiday of this country, BounpiMay 2565 according to the Buddhist calendar in 2022 will start from April 13-15. In the context of the increasingly complicated situation of the COVID-19 epidemic, the Lao Government requested agencies, departments and sectors not to hold BounpiMay New Year’s parties in order to implement the policy of “austerity” and be an example to the people. The notice stated that the National and provincial COVID-19 Prevention and Control Committees need to issue epidemic prevention measures in organizing New Year events according to the epidemic situation in each locality.

BounpiMay is the biggest traditional festival of the year in Laos. Due to the COVID-19 situation, this festival in 2020 has been canceled. In 2021, the festival will also be narrowed down when only allowing small-scale organization in families, workplaces and temples, while outdoor activities such as processions and water splashing are prohibited.

Regarding the situation of the COVID-19 epidemic, on the same day, the Lao Ministry of Health said that in the past 24 hours, the number of new COVID-19 infections in the country continued to set a new peak since the beginning of the epidemic, up to 2,819 cases. in which the capital Vientiane is still the place with the most recorded cases with 1,084 cases. Currently, the Lao government is making efforts to urge people to get vaccinated. Up to now, 75.72% of the eligible population of Laos received the first dose and 60.40% received the second dose.

Facing a sharp increase in the number of COVID-19 cases related to the Omicron variant in the past days, the Lao Ministry of Education and Sports announced the closure of face-to-face classes of preschools and primary schools across the country.

President Indonesia Joko Widodo said that the COVID-19 epidemic situation in the country continues to improve. Therefore, the Government of this country decided to relax a number of restrictive measures, including canceling the ban on domestic travel during the fasting of Ramadan and Eid al-Fitr in April-May. .

Accordingly, the Muslim people in this Southeast Asian country will be able to re-perform traditional rituals during the fasting month. At the end of the fasting month of Ramadan, people can also return to their hometown to celebrate Eid al-Fitr with their families and pray together at the church. In the past two years, these holidays have been restricted in the context of the Indonesian Government’s announcement of travel restrictions and domestic travel bans to prevent the number of new cases of COVID-19 from increasing sharply.

In addition to easing the above restriction, the Indonesian Government also lifted the entry regulations into this Southeast Asian country for foreign visitors with negative PCR test results for SARS-CoV-2 virus. Previously, Indonesia also expanded the list of visas for foreigners from 42 countries.

South Korea On March 24, the announcement recorded the highest number of deaths ever in the context of a fast-spreading variant of Omicron, infecting nearly 20% of the country’s 52 million people.

According to the Korea Centers for Disease Control and Prevention (KDCA), although the number of new infections in the country fell to 395,598 cases, much lower than the 490,881 cases recorded a day earlier, but the number of deaths. was the highest ever, with 470 cases. Thus, up to now, Korea has recorded a total of 10,822,836 infections, of which 13,902 people did not survive. The death rate from COVID-19 in the country is currently 0.13%. The number of patients with severe COVID-19 was 1,081, down 3 people compared to the previous day.

South Korea is experiencing the worst wave of the epidemic, bringing the total number of people infected in the country to surpass 10 million cases earlier this week. Notably, nearly 9 million cases have been recorded since the beginning of February. March 17 is the day with the highest number of new cases in this country, with 621,205 cases.

Ministry of Health, Labor and Welfare Japan decided to approve the use of Pfizer’s COVID-19 vaccine as a third dose for children between the ages of 12 and 17. The decision was made after an expert panel of the Japanese Ministry of Health, Labor and Welfare reviewed vaccination data in countries that have started the third dose of childhood vaccination such as Israel and the United States.

The rate of adverse reactions with the 3rd injection for the 12 to 17 year old group was similar or even lower than that of the first 2 injections. It’s important that there aren’t any serious safety issues. In addition, the third injection will contribute to increasing the effectiveness of the vaccine, which gradually declines over time after the second injection. Japan is expected to start giving the third dose to children aged 12 to 17 years old next month. 4 to come.

The number of cases in Europe remained stable, while the epidemic tended to decrease in the Eastern Mediterranean regions, Africa, Southeast Asia and the Americas. The overall death toll fell 23% from the previous week, although the Western Pacific region recorded a 5% increase. In addition, there were 33,000 more deaths globally.

You are reading the article The number of deaths from COVID-19 in the US exceeded 1 million, new global cases increased for the second week in a row
at Blogtuan.info – Source: vtv.vn – Read the original article here
Tags
Ban on domestic travel Hot spot for a series of new cases The epidemic is under control the number of new cases skyrocketed
March 25, 2022
Share
Facebook Twitter LinkedIn Tumblr Reddit VKontakte Odnoklassniki Pocket Skype Messenger Messenger WhatsApp Telegram Viber Line

The pair of teachers and students relied on each other, causing the government to make a slide to expose it 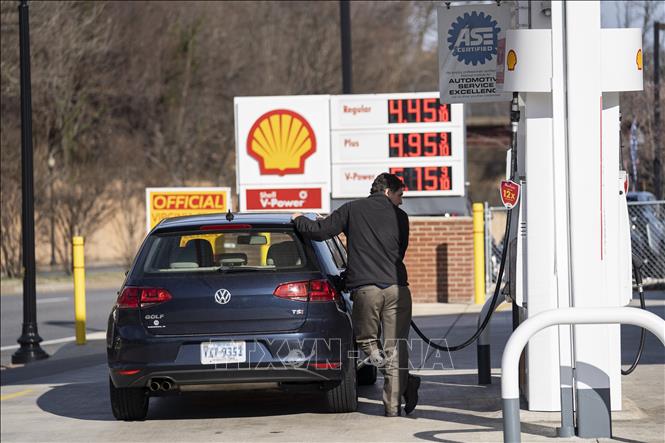 The price Westerners have to pay when punishing Russia 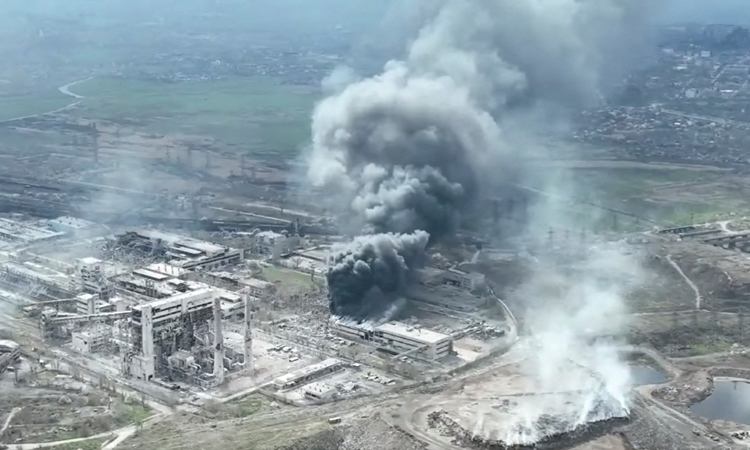 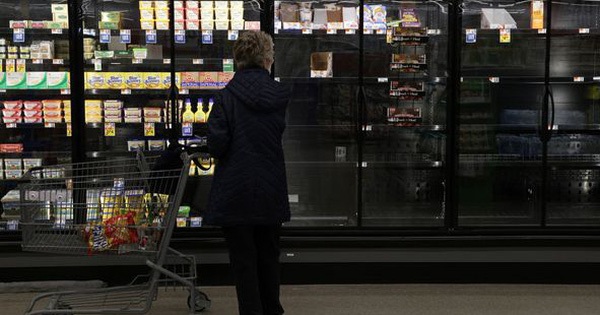 The pizza will be thinner than ever, the sandwich will also have fewer slices of meat 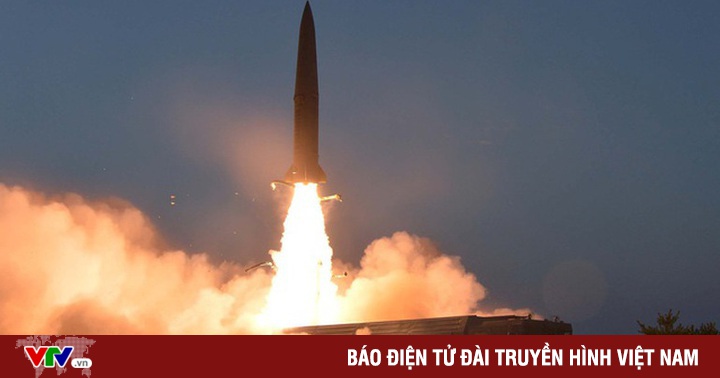