So, after only a week of being introduced globally, the Galaxy A 2022 Series was officially launched in Vietnam market in a colorful event with the theme “Brilliant original”. Not only with the presence of the famous KOLs representing the GenZ generation and the trio of super products Galaxy A33 5G, Galaxy A53 5G, Galaxy A73 5G, this event also marks that Samsung and Galaxy A Series have been honored. became the Official Sponsor for PUBG Mobile at the Southeast Asian Games (SEA Games 31) which will take place in Vietnam in 2022. 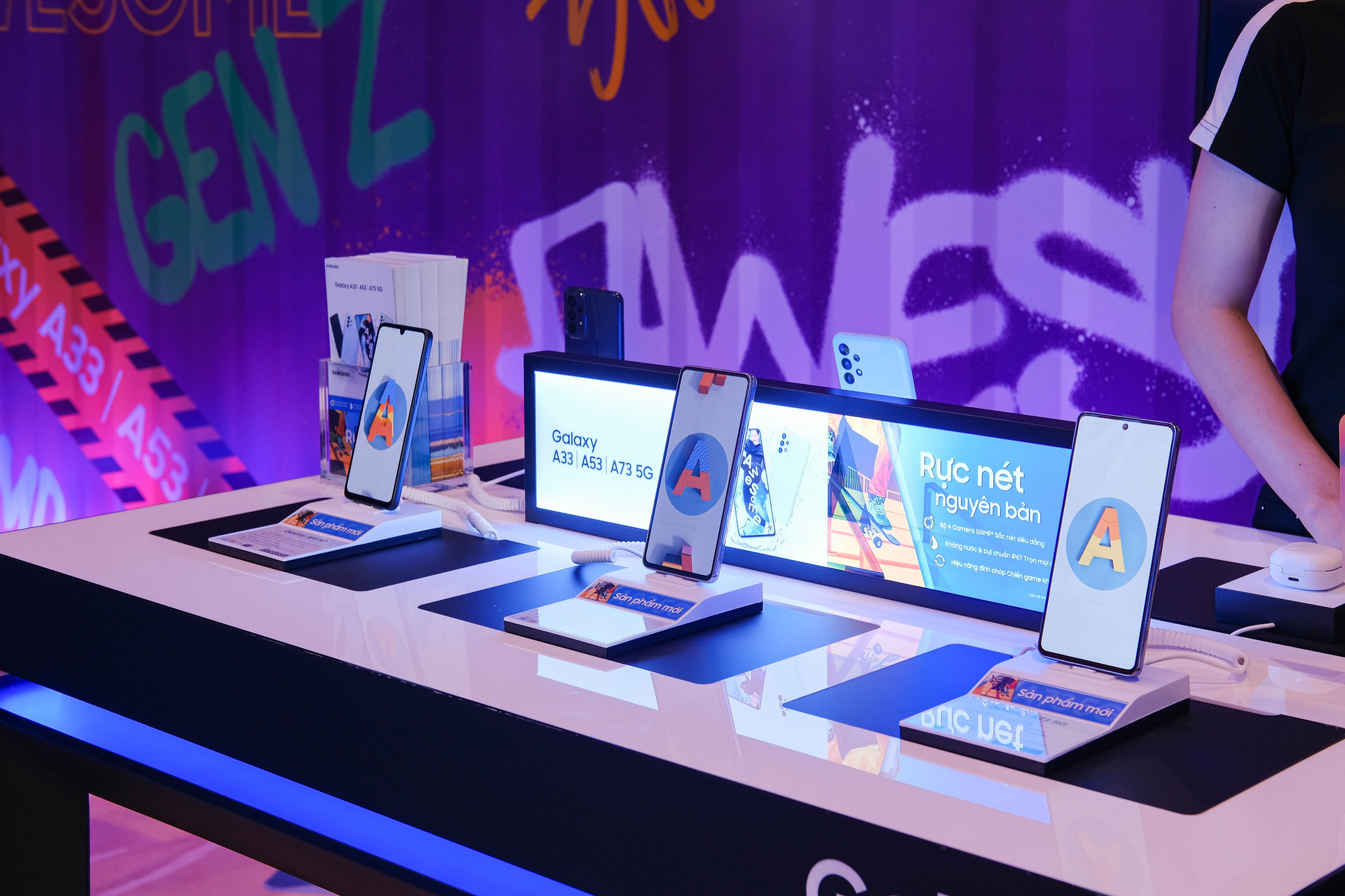 Along with that, this technology giant also announced to become the companion sponsor for the Spring Tournament and the Official Sponsor for the Fall Tournament of the National Student eSports Tournament. This unprecedented action of Samsung brings many special meanings to not only GenZ gamers but also the e-sports scene, also known as Esports in the country. 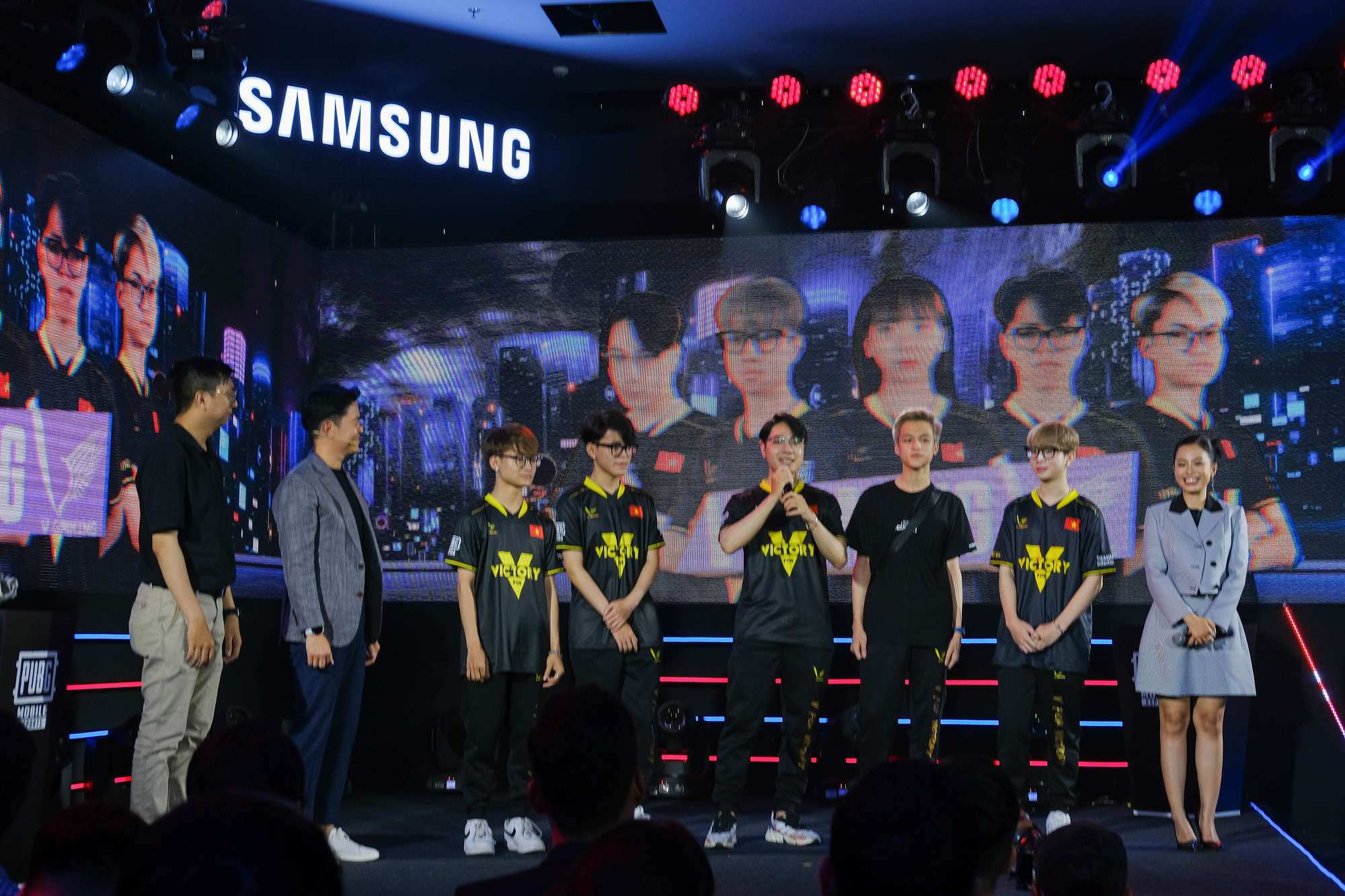 Dubbed the “original” phone for young people, Galaxy A Series has long been the first choice, serving a breakthrough lifestyle and outstanding image creation ability throughout. In addition, this generation of mid-range smartphones from Samsung also satisfies GenZ gamers when enthusiastically cared for by a series of unique innovations, contributing to upgrading the gaming experience to the maximum, meeting the requirements of expressing personal identity through challenging Esports subjects.

And this is still preserved and even more powerful when the Galaxy A 2022 brings with it pioneering technologies for leading gaming experiences such as 5nm processor, 120Hz Super AMOLED screen or 5G connectivity. This super product now not only gradually professionalizes the path of gamers when players already have unstoppable power to be ready to participate in big tournaments, but at the same time, it also reasserts its position as “the king of the world”. “difficult to shake in the hearts of young people. 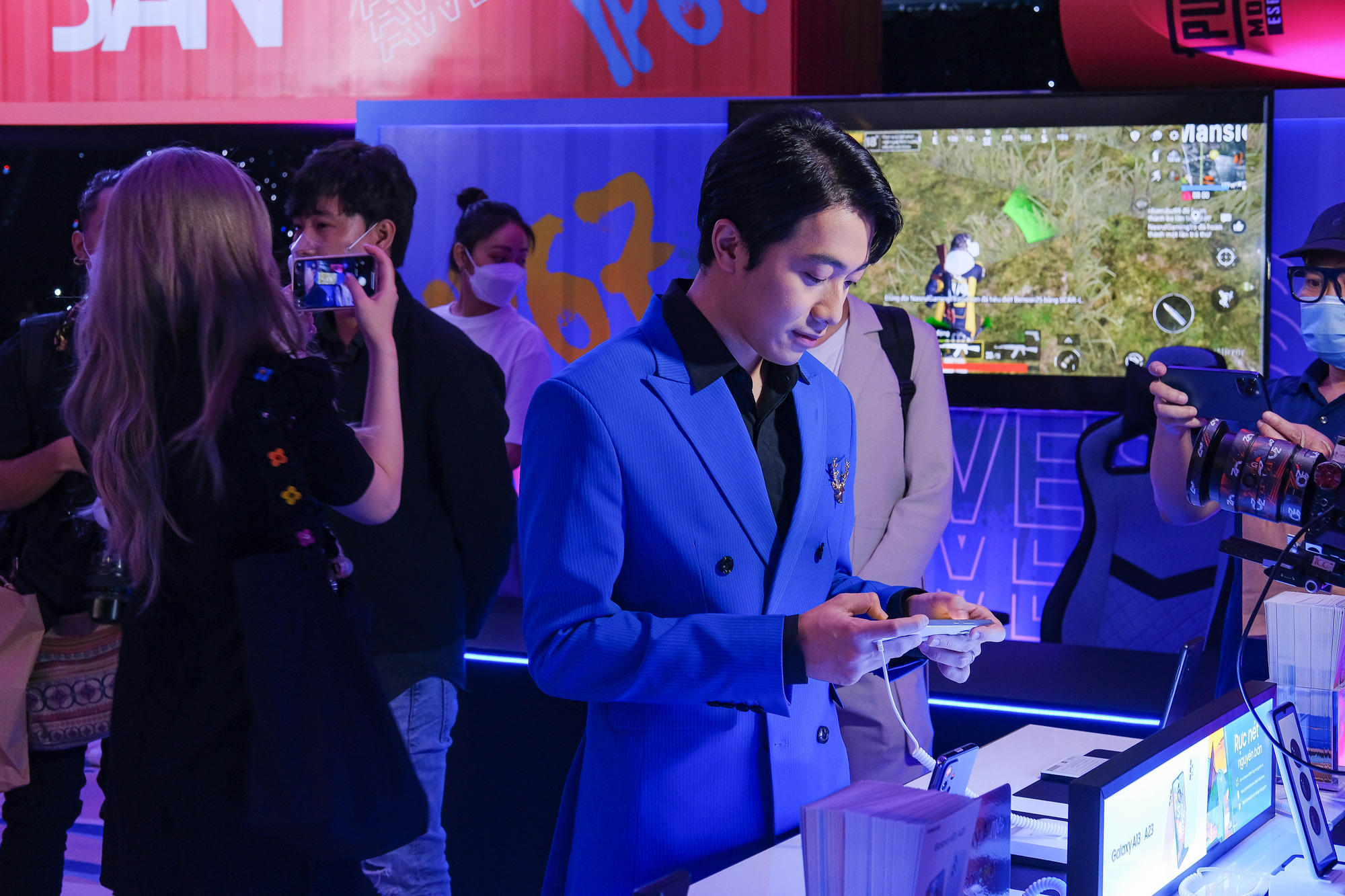 In particular, in the context that Vietnam’s e-sports industry is still in the “infancy” stage, the presence of a technology giant like Samsung brings a new and positive wind. By becoming the Official Sponsor of PUBG Mobile in a “traditional” regional sports festival, Galaxy A and Samsung have become a strong bridge, encouraging teams to compete against each other, creating a premise for developments, contributing to changing the face of the country’s Esports.

But most importantly, this decision of Samsung also conveys larger messages, directly affecting the young generation. Coming from Korea, one of the countries with the leading Esports industry in the world, Samsung is more than anyone else who understands the values ​​that eSports brings best. It is a career opportunity to dedicate yourself to your passion as a player, professional tournaments with huge rewards or challenging playgrounds with sublime emotions when winning glory, erasing completely the old conceptions of society for games. 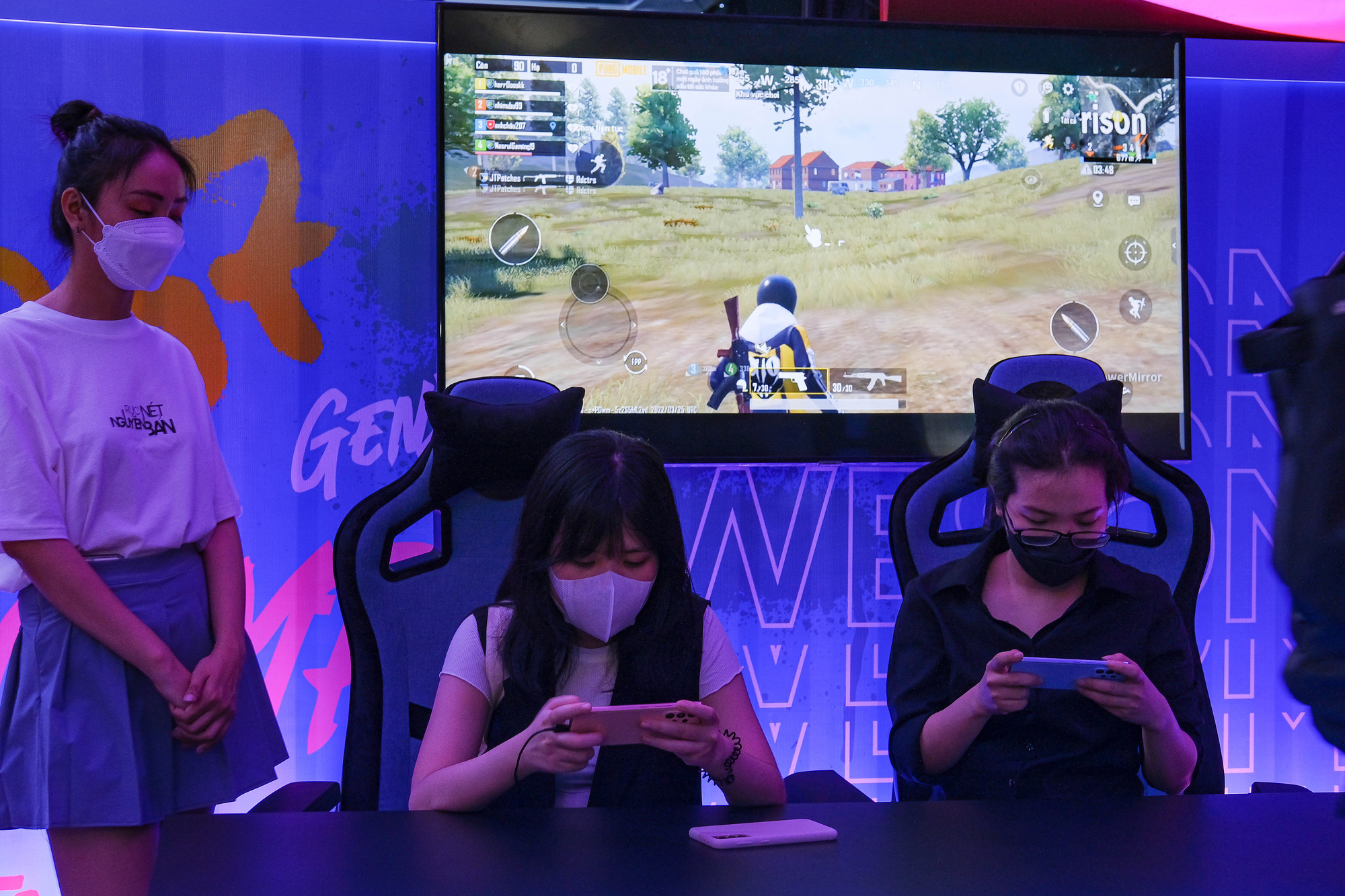 Along with that, the development of the Esports industry also opened the way for the formation of new career types such as Streamer or Caster, providing opportunities for young people to experience and satisfy their creative passions. in many areas. Through sponsoring PUBG Mobile, Samsung not only spreads this positive inspiration to young people, but also opens up new directions where Galaxy A will become a tool for young people to explore. The great value of Esports brings. 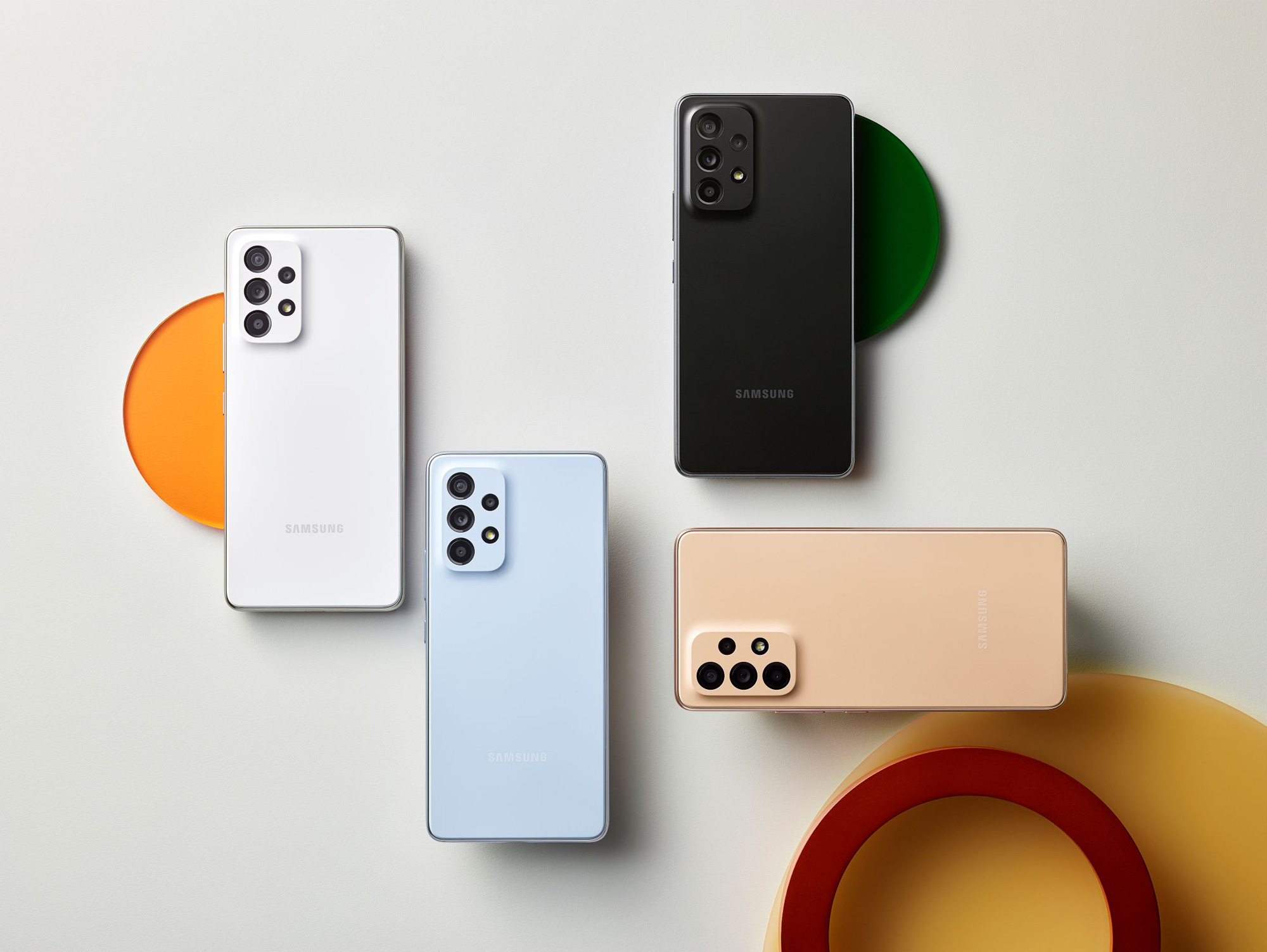 On the other hand, this decision of Samsung also shows the influence and leading thinking of the technology giant from Korea. It is known that this is the first time Galaxy A sponsors e-sports in a major tournament, thereby confirming the ability tocapture, understand and meet all the needs of the young generation, true to the “original” values ​​of the A Series product line.

More than that, Samsung and Galaxy A 2022 also announced the Awesome Academy program, a professional e-sports training academy for talented GenZ gamers. opens a new chapter for the close relationship between the young generation and Galaxy A. By With pioneering technologies leading in experience, this is also Samsung’s commitment to always accompany young people on a challenging path of discovery.

Family happiness is shaken when her husband goes to work abroad 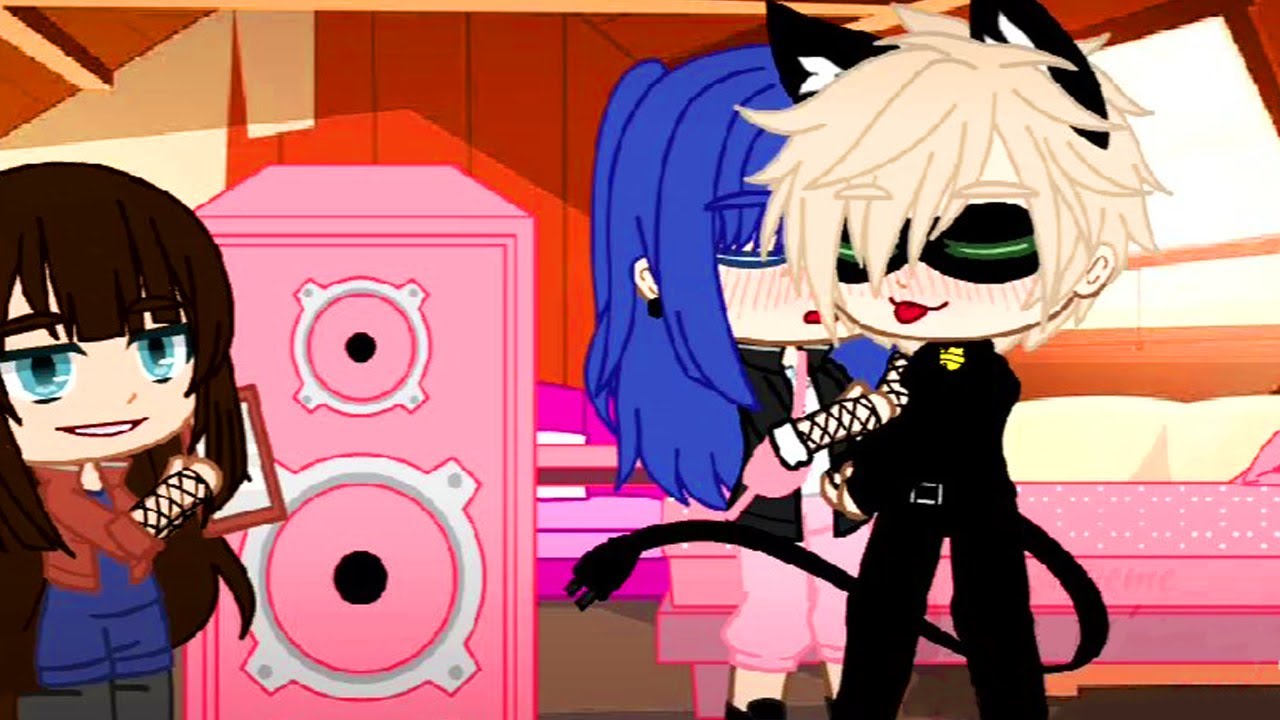 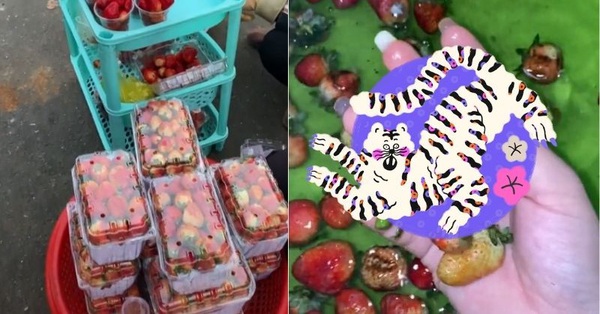 Going to Da Lat to buy a 70k strawberry box and take it home to wash, the girl opened it and “wanted to faint” there because it felt like being cheated. 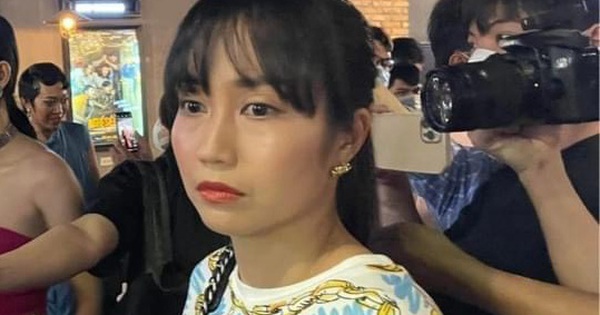 Thanh Van snail lost his phone at the event 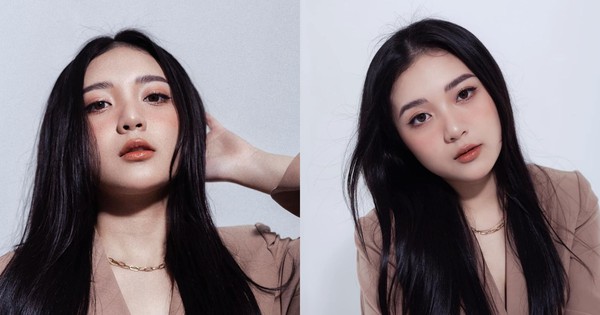 MC Phuong Thao shows off a new set of photos with a luxurious spirit, “warm up” the Finals of the Spring 2022 DTDV