The initial presentation of lung cancer is often vague, such as a persistent cough; hemoptysis; dull chest pain, which increases with coughing or taking deep breaths; hoarseness.

According to GS.TS.BS Ngo Quy Chau, Professional Director and Senior Advisor of the Department of Respiratory Diseases, Tam Anh General Hospital, Hanoi, lung cancer is the most common cancer with poor prognosis, high mortality rate. The incidence and mortality rates of lung cancer are 13% and 24%, respectively, among cancers in general.

In Vietnam, lung cancer is one of the most common cancers in both sexes. “The majority of lung cancer patients are hospitalized in the late stages, about 70% are inoperable, leading to a very high mortality rate from lung cancer,” said Professor Chau.

Lung cancer is cancer that starts in the lungs. The two lungs in the rib cage have the function of absorbing oxygen when inhaling and releasing carbon dioxide when exhaling. Lung cancer occurs when a malignant tumor forms in the lungs, grows rapidly in size, invades, compresses surrounding organs and metastasizes to other organs in the body.

According to GS.TS.BS Ngo Quy Chau, non-small cell lung cancer is divided into 4 stages according to the degree of invasion and metastasis of melanoma cells. Diagnosing the stage of the disease accurately will help the doctor to have the right treatment plan. Because lung cancer does not cause obvious symptoms in its early stages, it is usually diagnosed only when the cancer cells have spread.

While small cell lung cancer has two main stages. In the localized stage, cancer cells are present in only one lung or nearby lymph nodes on the same side of the chest. In the disseminated stage, the cancer has spread beyond one lung to the opposite lung; pleural effusion, pericardium; to distant organs such as bones, adrenal glands, brain…

Professor Chau said that according to statistics at the time of diagnosis, two out of three people with small cell lung cancer were at an advanced stage.

Basically, the symptoms of non-small cell lung cancer and small cell lung cancer are similar. The early stages may be asymptomatic, discovered incidentally on a chest X-ray, or the initial presentation is often nonspecific, unclear, and may be: persistent cough; hemoptysis; dull chest pain, which increases with coughing or taking deep breaths; hoarseness.

Professor Chau warns that as cancer spreads, a series of other symptoms will appear, depending on the location, size of the tumor, invasion and compression of surrounding organs, and distant metastases. If the tumor is in the lymph nodes, the patient may have lymphadenopathy, such as in the neck or a hole above the collarbone. The tumor has metastasized to the bone, the patient feels bone pain especially in the back, ribs or hips. Tumor in the brain or spine, symptoms may include vomiting, nausea, headache, dizziness, easy loss of balance or numbness of limbs, paralysis… Tumor invades esophagus, patient has sensation of difficulty swallowing. With metastases in the liver, the patient has yellowing of the skin and eyes, abdominal pain, loss of appetite…

Tumors in the upper part of the lung can affect the facial nerve, causing drooping eyelids, small pupils, no sweating on one side of the face, and shoulder pain. If the tumor presses on the large veins that carry blood between the head, arms, and heart, it can cause swelling of the face, neck, upper chest, and arms, called superior vena cava syndrome.

Lung cancer can also cause serious complications. Professor Chau said that lung cancer patients will have difficulty breathing if malignant cells grow, block the airways or damage the lung parenchyma. Lung cancer can cause bleeding in the airways, causing the person to cough up blood. Pleural effusion is caused by cancer cells that metastasize into the pleura, causing increased secretion of fluid in the pleural cavity. As a result, the patient feels short of breath, which can lead to respiratory failure.

The cancer has spread to other parts of the body, such as the brain and bones, causing severe damage to those parts, causing pain, nausea, weakness, and other symptoms depending on the type of cancer to the affected organs. “Once lung cancer has spread beyond the lungs, the disease is often incurable,” Professor Chau said. All treatments are aimed only at reducing symptoms, prolonging the patient’s life.

According to Professor Wu Guizhou, anyone can get lung cancer, but 90% of lung cancer cases are caused by smoking. According to the Centers for Disease Control and Prevention (CDC), smokers are 15-30 times more likely to develop lung cancer than non-smokers. Even if you don’t smoke, your risk of lung cancer increases with regular exposure to second-hand smoke (secondhand smoke).

When cigarette smoke enters the body, it begins to damage lung tissue. The lungs can repair this damage, but inhaling smoke every day gradually makes the lungs lose their ability to heal themselves.

Once lung cells are damaged, they begin to function abnormally, increasing the chances of developing lung cancer. “This is the reason why lung cancer is almost always associated with heavy smokers,” said Professor Chau, adding that only by quitting smoking could the risk of the disease be reduced over time.

According to the American Lung Association, the second leading cause of lung cancer is exposure to radon, a naturally occurring radioactive gas. Radon enters the building through small cracks in the foundation. “People who smoke and are exposed to radon gas have a very high risk of developing lung cancer,” Professor Chau said.

In addition, inhaling other toxic substances for a long time can also cause lung cancer. Some substances considered to be pathogenic include asbestos, arsenic, cadmium, chromium, nickel, uranium…
Fourth, inherited gene mutations contribute to an increased risk of lung cancer. This risk increases if the person smokes or is exposed to other carcinogens.

Some people who have had radiation therapy to the chest for other types of cancer also have an increased risk of lung cancer.

How to prevent lung cancer

Professor Wu Guizhou said that there is no way to completely prevent lung cancer, but that everyone can reduce their risk of disease if they stay away from smoking. Limit exposure to secondhand smoke by encouraging loved ones not to smoke, wearing a mask every time you leave the house, and avoiding areas where there are a lot of smokers, such as bars, restaurants, cafes…

Avoid carcinogens in the workplace. If working in an environment with hazardous substances that increase your risk of lung cancer, take precautions to protect yourself from exposure, including wearing a mask, wearing protective gear… Bathing right after going to the hot sun, what happens? 4 reasons why you always have bloating? The mysterious disease caused 17 children to have a liver transplant, 1 child died 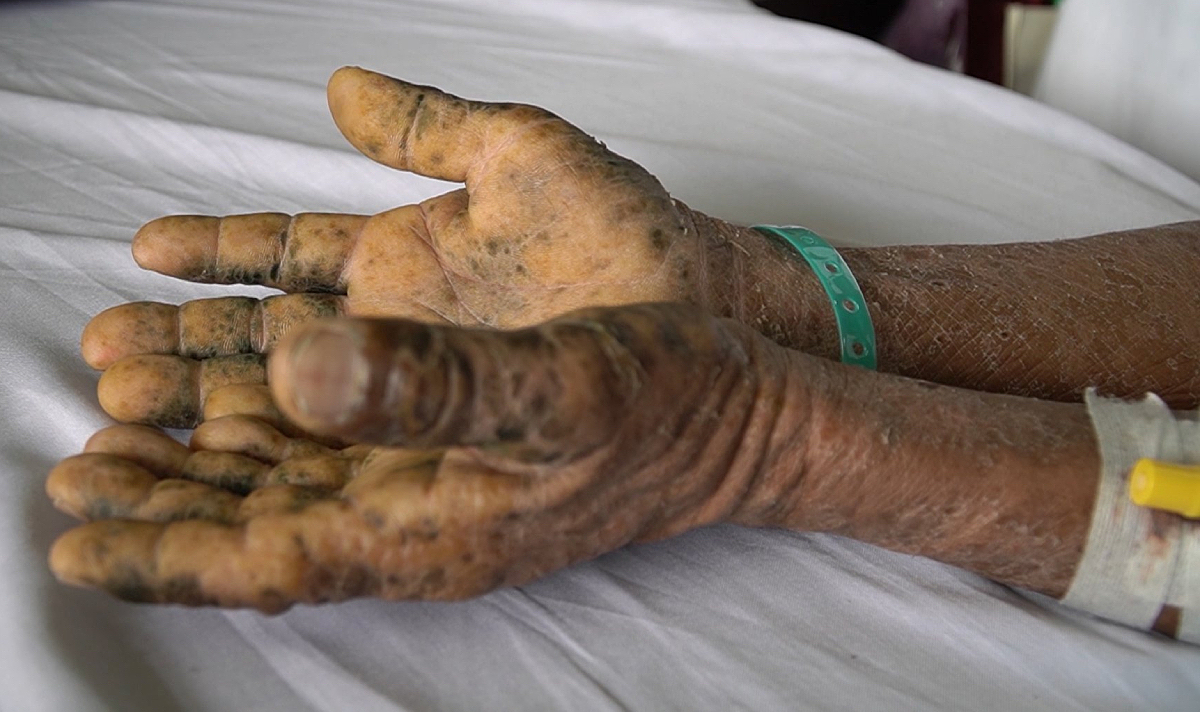