Allegedly, from October 2016 to April 2017, Huy rented 5 apartments, with the purpose of falsifying documents showing that Huy and his acquaintances legally owned the apartments. above, then sell or mortgage for money to spend.

According to the allegation, in November 2016, Huy rented an apartment in Golden West Building for 12 million VND/month. When renting the house, the defendant was shown a copy of the apartment purchase and sale contract.

Huy took the information on this contract to fake the documents of the apartment above and then mortgaged it to borrow Mr. Hoang Kim D. (SN 1960, in Hoan Kiem) 2 billion VND. The defendant assigned Mr. door key, promise to redeem the apartment 2 months later.

By the time of commitment, Huy did not pay the debt, so he passed through an acquaintance, Mr. procedures to transfer the name of the apartment. At this point, he fell back because all the papers were forged.

With the same technique, on January 25, 2015, Huy rented an apartment in Hei Tower for VND 8.5 million/month.

He then faked apartment documents including the apartment purchase and sale contract, handover record, certificate of marital status, and application to confirm the owner showing that Huy was the owner of the apartment above.

Before the transaction, Mr. P. gave the apartment documents to the notary office staff to check, but this person did not detect fake papers. To be sure, the notary requires Huy and his wife to be present when signing the contract.

At that time, Huy and his wife were living separately. In order to avoid the matter being revealed, Huy lied to his wife so that his wife could sign a document committing this to be his private property.

Until about March 2017, Huy continued to rent an apartment in Diamond Flower Building for 33 million VND/month. This time, due to acquaintance with Ms. Nguyen Thi Hien D. (SN 1947, in Tay Ho district) so he had the intention to trick Mrs. in the name of the owner of the apartment and then mortgage it.

On March 13, 2017, Huy told Mrs. that, the defendant’s cousin is abroad, urgently needs 4 billion dong, but does not return to Vietnam to sell the house, so he wants to ask someone in the name of the owner of the apartment and then take it as a mortgage.

Huy reached an agreement with Mrs. after she agrees to name the apartment, she will be paid 100 million dong.

After Ms. D. agreed, Huy forged house documents in her name and then continued to sell it to Mr. Nguyen Canh P.

After the above mission, Mrs. received 100 million VND from Huy.

The indictment determined that the total amount of money that Huy had fraudulently appropriated from the victims was 16 billion VND. The defendant has not paid any compensation to the victim.

The crime of a husband who eats his wife 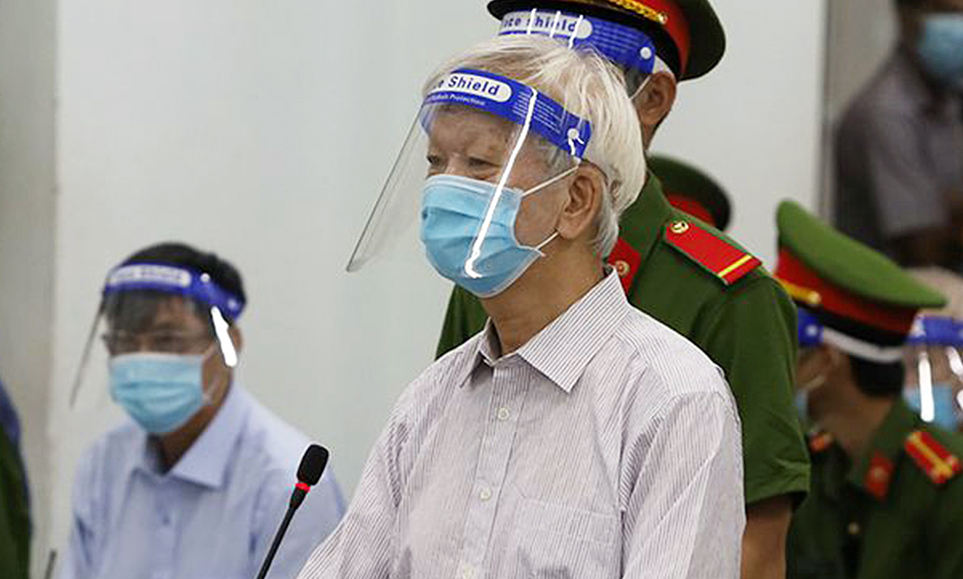