During the first training session at the new club, Tel U17 Vietnam under the guidance of coach Nicolai Adam – Director of International Cooperation and Selection of Eintracht Frankfurt. He holds a Pro-Level in UEFA coaching and has extensive experience in developing talent around the world. 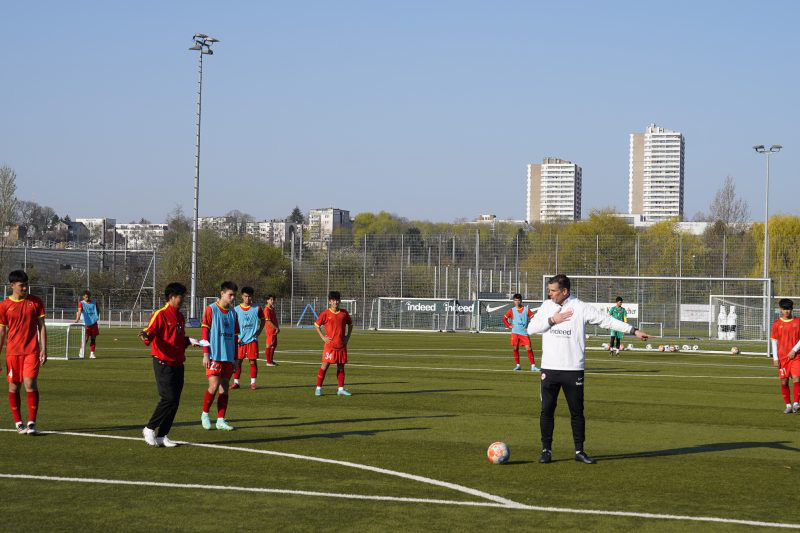 As planned, the U17 Vietnam team will have a week of training in Frankfurt. On Wednesday (March 30), the whole team will play against U16 Eintracht Frankfurt. This is the second friendly match of the Vietnam U17 team in Germany. In the previous match, coach Hoang Anh Tuan’s teachers and students worked hard and drew 2-2 with Dortmund U16.

Previously, on March 27, as soon as they arrived at the hotel, the whole team received a warm welcome from the club’s representatives. Mr. Moritz, Project Manager of Eintracht Frankfurt said he had watched the matches of U17 Vietnam and U16 Dortmund and was impressed with the level and spirit of coach Hoang Anh Tuan’s students. He hopes that the entire U17 Vietnam team will have an enjoyable time practicing, competing and experiencing in Frankfurt, one of the oldest football teams in Germany. The players then received welcome gifts from the club. 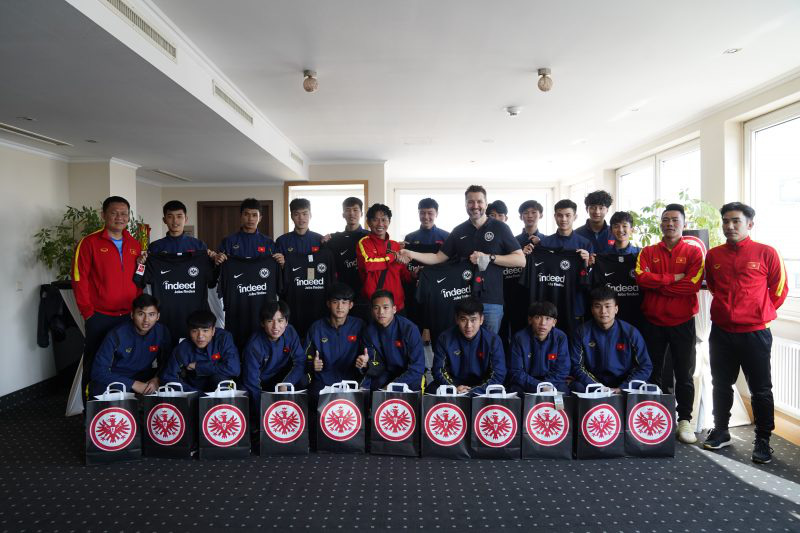 With the project “Vietnamese young football talent incubator in Germany”, young Vietnamese players will have the opportunity to have access to European-class training and training models, helping to develop the whole world. both in terms of skill and mindset to play football. The four clubs that will directly coach Vietnam U17 are Borussia Dortmund, Eintracht Frankfurt, FC Koln and Borussia Mönchengladbach, respectively. Along with that will be great experiences about football life in the Bundesliga, the perfect place to nurture the passion of young Vietnamese talents to become professional players. 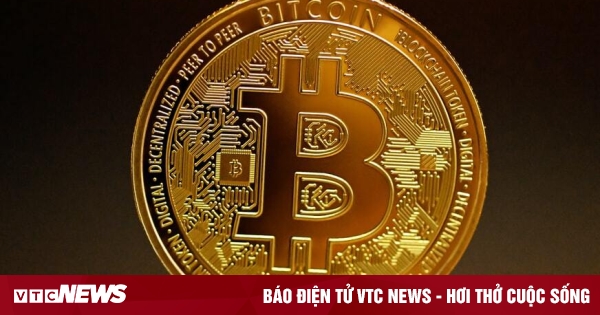 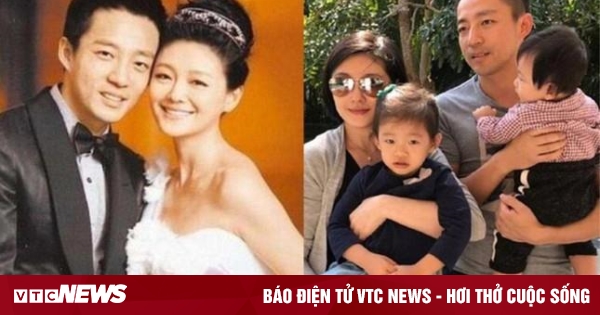 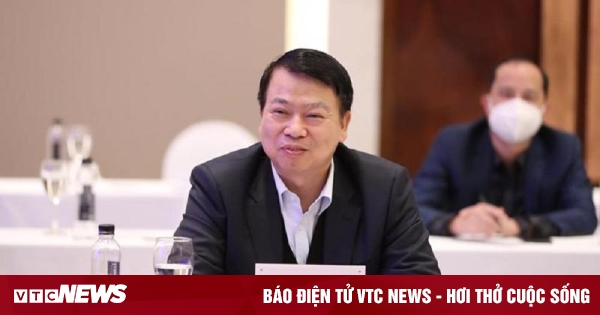 Barcelona continued the sublimation series, beating Sevilla to stay close to the top of La Liga